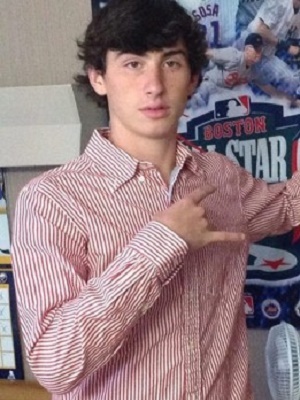 MORGANTOWN – Kappa Sigma Fraternity has filed a motion to dismiss in a lawsuit alleging it and multiple other defendants were responsible for the hazing and death of a fraternity pledge.

Kappa Sigma also filed a memorandum of law in support of its motion to dismiss, or in the alternative, motion for summary judgment.

Kappa claims the plaintiffs failed to state a claim upon which relief can be granted, according to the memorandum.

Kappa says it owed no duty to the plaintiffs on the night of the incident because the local Gamma-Phi Chapter at West Virginia University previously had been revoked and no longer existed.

The Gamma-Phi Chapter’s charter was revoked on Nov. 8, 2014, and, during the 30-day waiting period, no ceremony, function or event involving pledges or any member of the former Gamma-Phi Chapter should have been planned, organized or held, according to the memorandum.

The previous communications from Kappa to the Gamma-Phi Chapter suspended all operations and activities, which would have included the ceremony that took place on Nov. 12, 2014.

The Oct. 9, 2014, suspension was never lefted and, in addition to the October suspension, from Nov. 8, 2014, through the events of Nov. 12, 2014, and thereafter, the Gamma-Phi Chapter was no longer affiliated with the Kappa Sigma Fraternity in any capacity.

Jordan Hankins, who also was charged with hazing Nolan Burch, answered the civil suit, stating that criminal charges are pending and he asserts the Fifth Amendment against self-incrimination and chooses not to respond to the specific allegations.

Thomas Richey and Linda Richey, the owners of the property where Burch was drinking prior to being taken to the fraternity house, also filed a response to the civil lawsuit.

In their answer, they only admitted to a statement of basic facts and said they were without enough information to respond to the other allegations.

The Richeys also assert that Burch was guilty of negligence himself and was at least a part of or the contributing factor in the incident.

The lawsuit was filed Oct. 8 in Monongalia Circuit Court by Burch’s parents, Theron J. Burch and Kimberly Burch, both of New York.

On Nov. 14, 2014, Nolan Burch died as a result of fraternity hazing, according to a complaint.

At the time of his death, Nolan Burch was a student at WVU pledging to join the Kappa Sigma fraternity through its local chapter, Gamma Phi.

Theron Burch and Kimberly Burch claim in the course of pledging, Nolan Burch was required to attend a "Big/Little" ceremony held by Gamma Phi on Nov. 12, 2014, where members of Gamma Phi negligently, carelessly and recklessly endangered Nolan Burch's health and safety by pressuring him to drink excessive amounts of alcohol in order to be accepted for admission into Kappa Sigma.

As a result, Nolan Burch suffered central nervous system depression and cardiopulmonary failure and died, according to the suit.

The Burches claim Gamma Phi had a reputation for promoting dangerous activities in connection with its events, including hazing and both underage and excessive drinking.

Notwithstanding the well-documented risks of such careless and reckless conduct, Gamma Phi was allowed to carry on with its dangerous activities, according to the suit.

The Burches claim WVU regulated the fraternity's operations as a recognized student organization at the university.

On Nov. 12, 2014, Nolan Burch was found unresponsive inside the fraternity house and, when he was taken to the hospital, his blood-alcohol level was 0.493, six times higher than the legal limit for driving in West Virginia.

Hankins and Schwartz face misdemeanor charges in the death. Schwartz was arraigned in magistrate court in February and was released on a $10,000 bond.

The Burches are seeking compensatory and punitive damages with pre- and post-judgment interest. They are being represented by William C. Brewer and J. Tyler Slavey of Brewer & Giggenbach PLLC; and Terrence M. Connors, Lawlor F. Quinlan III; and Paul A. Woodard of Connors & Vilardo LLP.