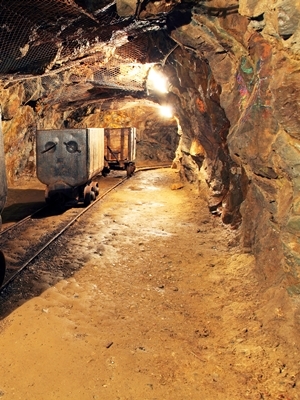 BECKLEY – The wife of a forklift operator for Commonwealth Mining says a supervisor’s alleged mistake cost her husband his life.

According to the complaint, while Justin Mize was working at the Tinsley site in Bell County, Kentucky on Oct. 7, 2014, his supervisor ordered him to retrieve a piece of equipment found 37 feet inside a newly dug mineshaft. As Mize entered the shaft, the suit says a large rock fell and crushed him. Mize passed away at that evening as paramedics airlifted him to a hospital, the complaint states.

Jessica Marie Mize, who is suing individually and on behalf of the couple's three surviving minor children, seeks punitive and compensatory damages in an amount to be determined by a jury. She is being represented by Timothy C. Bailey, D. Blake Carter Jr. and J. Ryan Stewart of the Charleston law firm Bailey, Javins & Carter, and by Kyle G. Lusk of the Beckley firm Kyle G. Lusk & Associates. The case has been assigned to Circuit Judge H.L. Kirkpatrick III.