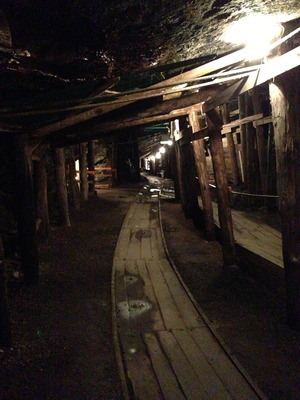 CHARLESTON – A couple is suing Mingo Logan Coal Company after they claim injuries were sustained on its premises.

Arch Coal Inc. and Willie Barker were also named as defendants in the suit.

Jeremy Vance was employed as a coal miner at the Mountaineer II mine in Logan when he was seriously and permanently injured at the mine on April 1, according to a complaint filed in Boone Circuit Court and removed to federal court.

Vance and his wife, Melissa Vance, claim Jeremy Vance was installing roof bolts at the Mountaineer II mine in Mingo County and during his attempt to install 12-foot superbolts in the area of the mine with a 6 to 7 foot ceiling, the lack of appropriate clearance and non-maintained levers on the roof bolting machine contributed to difficulty in extraction of a roof bolt, causing Jeremy Vance’s drill set to rotate, striking is arm and severely fracturing the radius and ulna of his right arm.

Jeremy Vance was transported from the accident scene by ambulance to Logan General Hospital and then was transported emergently to Cabell Huntington Hospital, where he remained for two days, according to the suit.

The Vances claim the defendants failed to provide a safe and suitable work environment and to comply with state and federal laws.

The defendants are represented by Jeffrey K. Phillips and Jonathan R. Ellis of Steptoe & Johnson PLLC.

The case is assigned to District Judge Thomas E. Johnston.