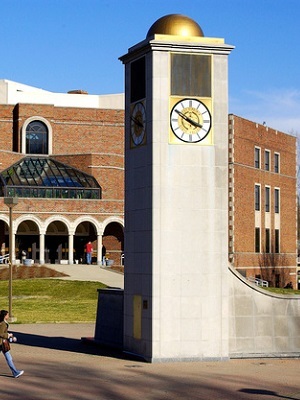 CHARLESTON – The attorney for Sarah Halstead, who was fired from West Virginia State University Research & Development Corporation for sharing Facebook photos of the vandalism of Top-O-Rock, said her termination goes against the U.S. Constitution and the First Amendment.

Harry F. Bell, of The Bell Law Firm, said it is a real problem that someone at the agency has no respect for Halstead’s freedom of speech.

“She shared these photos on her personal Facebook page,” he said. “It had nothing to do with her employment.”

Bell said Halstead received a memo regarding her firing.

The memo from Dr. Orlando McMeans, the executive director of R&D, stated that Halstead was being fired for publicly making criminal accusations against minors while representing the WVSU Extension Service. It also stated that the accusations were not authorized by the university or the corporation and do not represent their positions on the matter.

The memo also stated Halstead failed to comply with previous direction to have press engagement approved through WVSU Office of University Relations and Operations.

Bell said Halstead was a good and valuable employee and did much for the institution.

“Sarah is active in the community and a great person,” Bell said. “This is not something you fire someone over.”

The defendants, which include WVSU R&D, WVSU, McMeans, Dr. Ami Smith, Dr. Brian O. Hemphill and Kimberly Osborne, also claimed in the memo that Halstead had potentially created a liability issue for the school by posting the photos on her Facebook page.

The defendants are represented by Tom Kleeh of Steptoe & Johnson.

Halstead began her employment with the agency in 2012 as Interim Extension Specialist-Sustainable Economic Development. On Feb. 4, 2014, she was offered a permanent position.

During her tenure as Extension Specialist, Halstead developed and led a design competition to “encourage innovative, viable restoration, adaptive reuse and sustainable property development plans for Henry Elden’s Top Of Rock and the 13 acres of wooded land surrounding it.”

Top-O-Rock is a unique and historic glass home and studio and in early May, Top-O-Rock was vandalized and footage of the trespassers was caught on surveillance cameras.

On May 14, Halstead posted still photographs of the trespassers at Top-O-Rock on her personal Facebook page in an effort to identify the trespassers, according to the suit.

On May 19, Halstead’s employment was terminated.

Halstead is seeking compensatory and punitive damages with pre- and post-judgment interest.