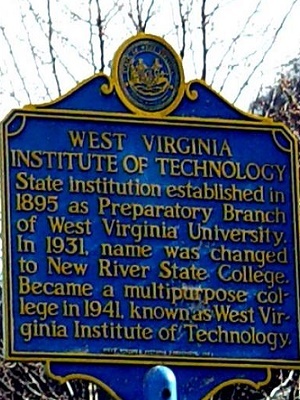 CHARLESTON – Two former WVU Tech students have gone to court to keep West Virginia University from moving the school from Montgomery to Beckley.

Dorothy Phillips and William “Bolts” Willis filed their writ of mandamus Jan. 15 in Kanawha Circuit Court against the WVU Board of Governors. It also seeks to force the BOG to implement the WVU Tech Revitalization Program created by the state Legislature in 2011.

Filed by attorney Carl Ronaglione, the writ says Tech has received little of the funding recommended by the Higher Education Policy Commission and the state Legislature. The writ also says WVU has no legal authority to move the campus to Beckley and that doing so violates law requiring it to stay in Montgomery.

In a separate motion, they seek an emergency restraining order that claims WVU has not revitalized Tech because its engineering program completes with the one at WVU’s main campus in Morgantown.

The legal filings also say that since WVU took control of the campus in 1996, WVU Tech's engineering school has dropped from 4 to 78 in national rankings. It also says the removal of the teacher education curriculum has caused a decline in enrollment.

Earlier this month, the Kanawha County Commission voted to support the WVU Upper Kanawha Valley Collaboration Agreement and to not involve itself with any lawsuit regarding Tech’s planned move from Montgomery to Beckley in 2017.

In return, WVU officials vowed to support the Montgomery area to help address the void created by Tech’s move.

Last year, WVU purchased the former Mountain State University campus in Beckley and later announced plans to move Tech to the location in a larger city that also is more accessible.

The case has been assigned to Circuit Judge Duke Bloom