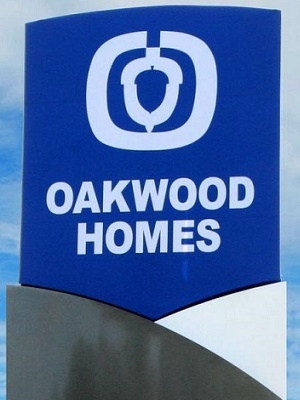 CHARLESTON – A West Virginia couple is suing CMH Homes of KY Inc. after they claim their modular home was defective and caused them damages.

CMH is doing business as Oakwood Homes of Belfry, Ky. Steven Hall and CMH Manufacturing Inc. are also named as defendants in the suit.

On June 11, 2014, Debra Hubert and Zachary Hubert purchased a home from CMH and the mobile home was set up with footer, blocks and leveled by CMH and/or its agent in June 2014, according to a complaint filed Dec. 30 in Mingo Circuit Court and removed to federal court on Jan. 29.

The Huberts claim the home was installed on their property in a negligent manner and they reported to CMH repeatedly that the home was not square, windows were leaking, mold was in the home, the electrical system was not working properly and the gutters where improperly installed.

The Huberts claim they persistently called CMH and complained approximately three or four times about the walls, back door, electrical issues and mold and these issues have not been fixed.

Since the purchase of the home, the plaintiffs have suffered aggravation, inconvenience and emotional distress and their children have suffered allergies, which may have been caused by the mold due to the defects in the home, according to the suit. The home is a total loss as a result of the damages.

The Huberts claim the home was manufactured defectively and/or installed in a negligent manner.

The defendants had a duty to the Huberts to properly installed the home and failed to do so, according to the suit.

The Huberts are seeking compensatory and punitive damages with pre- and post-judgment interest. They are being represented by Susan VanZant.

Want to get notified whenever we write about Duffield, Lovejoy, Stemple & Boggs PLLC ?

Sign-up Next time we write about Duffield, Lovejoy, Stemple & Boggs PLLC, we'll email you a link to the story. You may edit your settings or unsubscribe at any time.