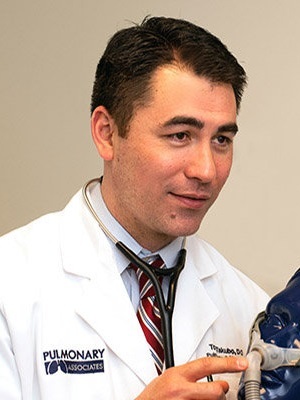 CHARLESTON – A lawsuit has been filed against State Sen. Tamejiro “Tom” Takubo Jr. by a woman who claims he was responsible for her husband’s death.

On Jan. 25, 2014, William Hudson briefly lost consciousness at his home and Emergency Medical Services was called and he was transported to Charleston Area Medical Center for evaluation and care, according to a complaint filed Jan. 20 in Kanawha Circuit Court.

Phyllis Hudson claims her husband was evaluated and treated by Hollosi in the emergency department and a CAT scan was ordered and revealed large bilateral pulmonary emboli with a non-occlusive saddle embolus with extension of clot with bilateral uppoer and lower arterial branches.

Phyllis Hudson claims after examining William Hudson, Hollosi consulted with Takubo concerning his condition and treatment and it was determined that he would be admitted to the medical floor under Dr. Lesli Farris, a CAMC hospitalist, rather than to the Intensive Care Unit.

While in the emergency department, William Hudson was treated with Lasix diuresis rather than thrombolytic therapy and no IVC filter was installed, according to the suit. While he was being evaluated and treated, his condition appeared to be stable.

Phyllis Hudson claims at approximately 3:30 p.m. that day, Farris placed several orders, including an order for the lower extremity venous Doppler study and an order for strict bed rest.

Almost two hours later, William Hudson was being transferred to his room on the medical floor and he was allowed by his attending nurse to get to his feet for the purpose of transferring from the gurney to his bed, according to the suit.

Phyllis Hudson claims upon standing, William Hudson suffered cardiac arrest and resuscitative efforts were unsuccessful and he was pronounced dead just after 6:30 p.m.

William Hudson’s cause of death was listed as massive pulmonary embolism, according to the suit.

Phyllis Hudson claims the defendants were negligent in their care of her husband and they failed to admit William Hudson to the Intensive Care Unit, failed to prescribe thrombolytic therapy, failed to place an IVY filter and failed to recognize the clinical significance of elevated troponin levels in the setting of massive pulmonary embolism.

Phyllis Hudson is seeking compensatory damages. She is being represented by Johnson W. Gabhart of Johnstone & Gabhart LLP.

Want to get notified whenever we write about Johnstone & Gabhart LLP ?

Sign-up Next time we write about Johnstone & Gabhart LLP, we'll email you a link to the story. You may edit your settings or unsubscribe at any time.