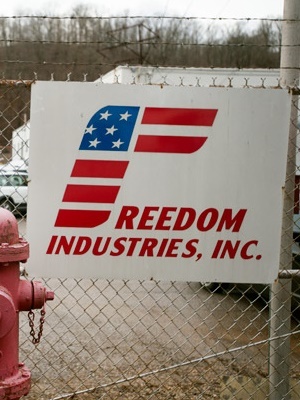 CHARLESTON – The administrator of the claim plan for the 2014 spill that left 300,000 people without water for days has filed a lawsuit against the company that manufactures the leaked chemical.

Johns, a Charleston attorney and the court-appointed administrator of the plans, filed the complaint on behalf of Freedom Industries and all general claimants and spill claimants against Freedom Industries, which filed for Chapter 11 bankruptcy on Jan. 17, 2014, just days after the spill.

In his complaint, Johns says Eastman sold the 4-methylcyclohexane methanol, commonly known as Crude MCHM, to Freedom Industries without disclosing the chemical’s corrosive properties and the requirements to contain it in non-corrosive tanks. It also failed to disclose reasonable safety data about Crude MCHM’s exposure to humans and for handling the chemical.

“The defendant could have prevented or avoided this incident with better precautionary measures, compliance with applicable regulations, and the use of reasonable care,” the complaint states. “The foreseeable risks of harm posted by Crude MCHM could have been reduced or avoided by reasonable instructions or warnings accompanying the sale and delivery of Crude MCHM in the stream of commerce, through the MSDS process and when it became clear that Crude MCHM had been released into the environment.”

The plaintiffs seek compensatory damages for those who suffered losses and personal injury because of Eastman’s alleged misconduct, including out-of-pocket expenses and any lost wages. They also seek punitive damages, pre- and post-judgment interest, attorney fees, court costs and other relief.

On. Feb. 2, U.S. District Judge Thomas Johnston sentenced former Freedom part-owner and vice president Charles E. Herzing to three years of probation and ordered him to pay a $20,000 fine after he had pleaded guilty to causing an unlawful discharge of refuse. On Feb. 1, Johnston sentenced former Freedom environmental manager Robert Reynolds to three years of probation and a $10,000 fine.

On Jan. 9, 2014, an estimated 10,000 gallons of crude MCHM leaked from Freedom Industries’ Etowah River Terminal along the Elk River. Customers in parts of nine counties who use West Virginia-American Water Company were without tap water for days. WVAWC’s intake facility along the Elk River is just more than a mile downstream from the leak site.

The week after the leak, Freedom Industries filed for bankruptcy. As a result, many plaintiffs have since removed Freedom as a defendant in the lawsuits.

Court documents show there have been nearly 100 lawsuits filed over the leak. Of those, about half seek class-action status. And all of the complaints have claims similar claims such as bodily injury, emotional distress, annoyance, loss of enjoyment, nuisance, inconvenience, requests for medical monitoring, lost income and loss of business revenue.

Of the complaints filed in various state and federal courts, some list Freedom and WVAWC as defendants and others list just Freedom or just WVAWC. Some also list Eastman Chemical. Some were filed last month as the two-year statute of limitations for the spill was reached.

In his lawsuit, Johns is being represented by J.C. Powell and Anthony Majestro of Powell & Majestro in Charleston as well as Brian R. Blickenstaff of Turner & Johns in Charleston.