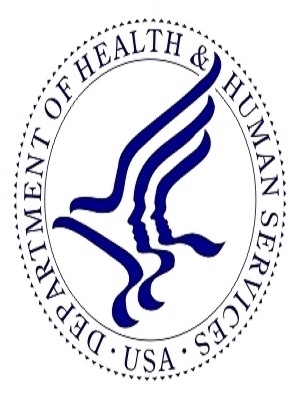 CHARLESTON – A Glasgow couple is suing the United States after they claim it is responsible for an injury caused by the U.S. Department of Health and Human Services.

Jodie L. Elswick and Larry A. Elswick are suing the United States through the U.S. Department of Health and Human Services, which is the federal governing body responsible for controlling, supervising and managing the business affairs of its public health care provider, Upper Kanawha Valley Medical Center, according to a complaint filed Jan. 11 in the U.S. District Court for the Southern District of West Virginia.

The Elswicks claim on July 9, they submitted a claim for damage, injury or death to the U.S. Department of Health and Human Services and, at present, more than six months have elapsed since they submitted their claim and they have not received a written denial from the agency.

The plaintiffs have complied with the filing requirements set forth in West Virginia code, according to the suit.

The Elswicks claims Jodie Elswick was treated by her primary care physician, nurse practitioner and/or physician’s assistant at UKVMC and in February 2014, she complained of intense pain and discomfort in her right hip and calf.

In May 2014, Jodie Elswick again complained of the pain, which radiated down her leg, and she was diagnosed with sciatica, according to the suit.

The Elswicks claim on June 17, 2014, Jodie Elswick returned to the medical center and complained of right foot pain and numbness and reddened toes. On June 20, 2014, a duplex ultrasound was performed, which indicated that there was monophasic flow in portions of her right lower extremity, signaling that there was a significant occlusion or obstruction at that level.

On July 8, 2014, Jodie Elswick returned for a follow-up visit and it was noted that her right foot was turning blue and that her toes were reddened and very painful, according to the suit. Nine days later, another ultrasound was conducted and indicated monophasic flow in all aspects of her right lower extremity and the leg was no longer salvageable.

The following day, she was evaluated at Charleston Area Medical Center, where no pulses were palpable in her right leg and on July 27, 2014, Jodie Elswick underwent a below-the-knee amputation.

The Elswicks claim the physicians, nurse practitioners and/or physician’s assistants at UKVMC failed to timely investigate the cause of Jodie Elswick’s right leg pain, redness and numbness and other symptoms in her right leg.

The Elswicks are seeking compensatory damages. They are being represented by Holly G. DiCocco and Robert V. Berthold Jr. of Berthold Law Firm PLLC.

The case is assigned to District Judge Thomas E. Johnston.