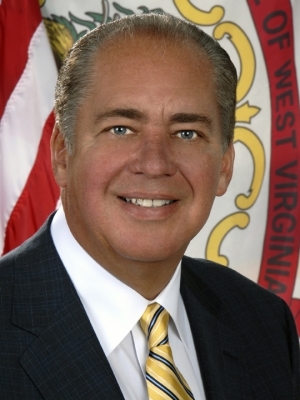 The measure has passed both houses of the Legislature, and it awaits Tomblin's signature. The House approved a Senate amendment to the measure on Feb. 9, and it was sent to Tomblin then. A spokesman for Tomblin said the office hadn't officially received the bill as of Feb. 10 and declined comment until the bill was received.

“We commend the West Virginia legislature for acting to reform the practice of awarding contingency fee contracts to outside plaintiffs’ lawyers," Rickard said in a press release. "Such schemes enrich lawyers at the expense of taxpayers and raise concerns about ‘pay-to-play,’ conflicts of interest, the use of a public entity for personal gain, and fairness in prosecutions."

“We commend House Judiciary Chair John Shott, Senate Judiciary Chair Charlie Trump, and Delegate Matthew Rohrbach for their tireless leadership on this issue, and thank Attorney General Patrick Morrissey for his support of the legislation and thoughtful input in the process," Rickard said. "We urge Governor Tomblin to swiftly sign this bill into law.”