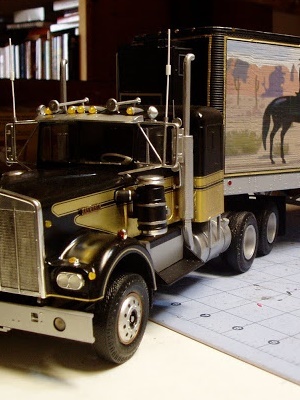 CLARKSBURG – A man is suing P&S Transportation after he claims one of its drivers damaged his property.

On April 10, 2014, a driver employed by P&S drove a tractor trailer on Beverlin Ford Road in Doddridge County and was acting within the scope of his employment when he pin-balled down the rural road, colliding with fences, gates and guardrails along the way, according to a complaint filed Dec. 21 in Doddridge Circuit Court and removed to federal court on Feb. 10.

Donald L. Prunty claims the vehicle lost several tires in the process and collided with a barn and a water well, causing substantial damage. Both the barn and water well were a total loss.

Upon information and belief, the P&S driver was intoxicated at the time of the accident, according to the suit.

Prunty claims P&S’s driver had a duty to comply with all applicable motor vehicle regulations and to use reasonable care in operating a motor vehicle so as not to harm others or the property of others.

P&S’s driver breached its duties by operating the motor vehicle in an unlawful, reckless, grossly negligent and/or negligent manner which proximately caused substantial damage to Prunty’s property, according to the suit.

Prunty claims the P&S driver entered upon his property without invitation or authorization, which is trespassing.

Want to get notified whenever we write about Kesner & Kesner, PLLC ?

Sign-up Next time we write about Kesner & Kesner, PLLC, we'll email you a link to the story. You may edit your settings or unsubscribe at any time.