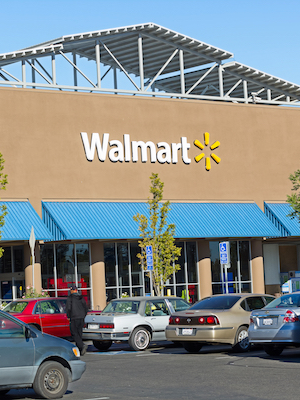 HUNTINGTON – A lawsuit against Wal-mart for an Achilles’ tendon injury has been dismissed from federal court.

The lawsuit was dismissed on Jan. 12 by District Judge Robert C. Chambers after the plaintiff, Jennifer Bradshaw, and Wal-mart resolved all issues involved in the complaint and moved to have the lawsuit dismissed.

The lawsuit was dismissed with prejudice.

Bradshaw originally filed her complaint in Putnam Circuit Court, but Wal-mart filed a motion to have it moved to federal court Sept. 2 in Huntington.

Wal-mart Stores East also filed a motion to have the case dismissed, saying there was no intentional wrongdoing.

In her complaint, Bradshaw said she was shopping at the Wal-mart store in South Charleston in Kanawha County on Aug. 2, 2013, when the incident occurred.

Bradshaw claimed she was in a school supplies aisle with two shopping carts full. One was being pushed in front of her, and the other being pulled from behind her.

“Plaintiff recalled bending over to pick up items out of the school supplies merchandise bin when she felt something graze her left foot,” the complaint states. “A heavy set, elderly woman operating a motorized assisted wheelchair shopping cart glided past such that the front portion of the assisted shopping cart caught and sliced plaintiff’s left Achilles’ heel/tendon.”

At first, Bradshaw thought the woman simply had gotten too close to her and rubbed against her foot.

“Yet, when plaintiff attempted to step from the position where she was sliced she immediately noted something was wrong,” the complaint states. “Plaintiff was completely unable to walk and discovered that she was bleeding profusely from a gaping wound to her left foot.”

Wal-mart employees assisted Bradshaw until paramedics arrived. They took her and her five children to an employee lounge until her mother-in-law arrived to care for the children while Bradshaw was taken by ambulance to an emergency room.

Before she was taken to the ER, Bradshaw was told by employees she had 24 hours to come back to the store to pay for her shopping carts of items. She also was told a package of baby wipes (for cleaning her wound and the floor) and a pacifier (to calm one of her children) that had been opened during her incident would be added to that bill.

Upon later inspection, Bradshaw said the motorized assisted shopping cart didn’t have bumper safety guards. She says Wal-mart should have repaired the one that injured her.

After being released from the ER, Bradshaw insisted it was more than a slice to her Achilles’ tendon. She later required surgery for a damaged tendon and physical therapy.

Bradshaw was seeking compensatory damages for her injuries and mental anguish as well as punitive damages. She was being represented by Todd W. Reed.