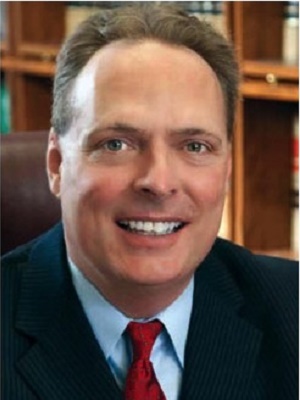 BECKLEY – A Lincoln County man has filed a second lawsuit against a Wyoming County attorney who he says owes him more than $40,000.

Spadaro filed an identical lawsuit against McGraw last May, and Judge Robert Burnside granted summary judgment to Spadaro in July. A December filing, however, showed that McGraw had not paid anything to Spadaro.

According to someone involved in the case, it later was learned that Spadaro's original complaint was not properly served to McGraw or his firm. So, the 2015 complaint soon will be officially dismissed.

Spadaro is a mine health and safety consultant, an environmental consultant who also is a lecturer, speaker and expert witness, according to his website.

According to the complaint, Spadaro worked with McGraw on some McDowell County flooding cases. The invoices attached to the complaint show Spadaro worked for $250 per hour. Entries on the invoices included such tasks as working on maps, reviewing violation history for Bluestone Coal permits, travel, map review, meetings with attorneys, preparing for depositions and giving depositions.

The costs for the production of some maps also are included in the invoices, which are dated from early 2011 to late 2013.

Spadaro seeks judgment in the amount of $40,916.18 plus interest and costs.

He is being represented by Oak Hill attorney Philip J. Tissue. The latest case has been assigned to Circuit Judge H.L. Kirkpatrick III.