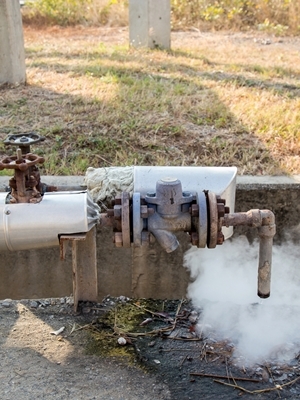 CHARLESTON – A St. Albans man says he was severely burned by an accident involving a steam pipe on the campus of West Virginia State University.

According to the complaint, Barnes was injured on Dec. 12, 2008 while visiting his grandmother, a university employee. The suit claims the ground above a steam pipe on campus gave way, dropping Barnes waist-deep into the resulting hole and exposing his extremities to scalding heat. The plaintiff says he has incurred medical expenses of at least $553,566 and has been permanently impaired.

Barnes seeks a jury trial and compensatory damages to be determined at trial, capped at $75,000 per defendant. He is represented by attorney Charles R. “Rusty” Webb of The Webb Law Centre PLLC in Charleston. Judge Joanna Tabit is assigned to the case.