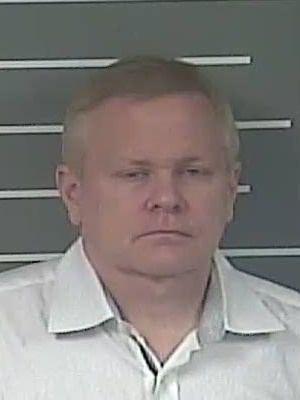 LEXINGTON, Ky. – An eastern Kentucky attorney who bills himself as “Mr. Social Security” has been charged with defrauding the federal government of more than $600 million.

Eric Conn was arrested April 4. In his indictment, unsealed April 5, a federal grand jury found probable cause to believe Conn conspired to rig hundreds of disability claims from 2004 to 2012. The grand jury also indicted Social Security Administration appeals judge David B. Daugherty of Huntington as well as Pikeville, Ky., psychologist Alfred Bradley Adkins for working with Conn on the scheme.

Conn and Adkins were arrested April 4 and indicted April 5 in Lexington. Daugherty, who retired in 2011, also was arrested in Myrtle Beach, S.C. He wasn’t at Tuesday’s indictment hearing. The indictment also lists three unindicted co-conspirators, two other doctors and a former Conn office manager.

The court papers claim Conn falsified medical documents to make it seem his clients were disabled. The documents say Conn paid Adkins and other doctors $300 to $450 each to sign completed evaluations for his clients’ appeals.

The indictment also says Daugherty worked to have Conn’s cases assigned to him, and he allegedly received at least $9,000 per month from Conn for the guaranteed approvals.

Conn, Adkins and Daugherty have been charged with mail fraud and wire fraud, conspiracy to retaliate against a witness, destruction of evidence, making false statements and money laundering. The most serious charges carry penalties of up to 20 years in prison and up to $250,000 in fines. The federal government also seeks nearly $12 million in forfeited assets.

U.S. Magistrate Judge Robert E. Wier released Adkins on his own recognizance, but he ordered Conn to stay in jail because he’s considered a flight risk and might harass witnesses, according to U.S. Attorney Trey Alford.

In court, Alford said Conn’s employees say the attorney has vowed to escape to Cuba to avoid prison. Alford also said Conn has wired money to overseas accounts and put is Pikeville home on the market for $1.9 million.

According to the Lexington Herald-Leader, Conn has specialized disability benefits appeals for more than 20 years.

“He practices out of a chain of interconnected trailers along U.S. 23 near the Floyd and Pike county line, on a lot fronted by a one-ton, 19-foot-tall statue of Abraham Lincoln,” the paper says. “Conn is known in Eastern Kentucky for his aggressive advertising, appearing on television and billboards; hiring Ralph Stanley to shoot a music video for him; and printing his toll-free phone number across tight shirts worn by young, buxom cheerleaders whom he called his ‘Conn Girls.’

“A few years ago, Conn hired Miss Kentucky USA for $70,000 a year to serve as his office’s public relations director, a position most small-town law firms don’t have.”

Conn is known for his over-the-top advertising campaigns. In addition to the girls he also called “Conn Hotties” and having Miss Kentucky appear in his commercials, his billboards and other commercials were unavoidable in eastern Kentucky. One featured him driving around Floyd County in a Rolls Royce, and another featured Stanley, "Dancing Outlaw" Jesco White and viral video star "Obama Girl."

Conn has been in trouble before.

According to the Herald-Leader, he resigned from his practice in 2002 before the U.S. Court of Appeals for Veterans Claims during an investigation into allegations of professional misconduct.

And in 2013, Conn pleaded guilty to a misdemeanor campaign finance violation for trying to funnel money into the re-election campaign of Kentucky Supreme Court Justice Will T. Scott.

In 2006, two SSA case technicians in Huntington became suspicious of Daugherty’s blanket approvals for Conn’s clients. They complained to superiors and eventually filed a whistleblower lawsuit. However, they say their concerns were ignored, and they were harassed by their bosses.

But the story didn’t go away.

In 2011, the Wall Street Journal wrote about the relationship between Conn and Daugherty. That led to critical reports from U.S. Senate and House committees. In an October 2013 Senate hearing, Conn invoked his Fifth Amendment right to not incriminate himself. Daugherty, who retired after the Wall Street Journal story broke, refused to appear at the hearing.

“When I began performing consultative examinations for disability purposes, I had no idea how the disability benefits determination process worked,” Adkins testified in that hearing. “I do not now, nor have I ever, denied having signed the RFCs (residual functional capacity forms) when they had been completed by Mr. Conn’s office staff. However, when I did so, I had no idea that doing so was against any type of procedure or accepted standard.”

Shortly after the Senate hearing, Daugherty was found unconscious in his car in a Barboursville church parking lot with an empty liquor bottle, an empty pill container. Also, a garden hose was connected from the car’s exhaust pipe to a rear window.

In 2013, a U.S. Senate investigation alleged that his firm had submitted medical evidence from doctors who did not properly examine some people and that Conn improperly colluded with Daugherty to get claims approved.

The 161-page Senate report titled "How Some Legal, Medical and Judicial Professionals Abused Social Security Disability Programs for the Country's Most Vulnerable: A Case Study of the Conn Law Firm” detailed Conn's relationship to Daugherty and four doctors, and the lengths to which investigators say they went to hide the alleged scheme.

Conn called the four physicians who signed medical reports for him "whore doctors.” Adkins was the only one of the four doctors charged. Another has since died, and the other two are listed among the "unindicted co-conspirators."

Previously, two wrongful death lawsuits have been filed against Conn after former clients committed suicide when their benefits were suspended.

Last year, the SSA confirmed it was reviewing disability benefits for approximately 1,500 cases that were tied to Conn and Daugherty, who worked in Huntington.

SSA mailed notices in May to the former clients after its Office of the Inspector General found evidence of fraud in cases involving four doctors utilized by Conn and his law firm in Stanville, Ky.

Congressional investigators alleged Conn relied upon medical experts for false or fraudulent testimony, while Daugherty assigned himself those cases and awarded benefits to hundreds of applicants without justification.

A motion was filed June 2 seeking an emergency injunction to block the SSA from suspending benefits to the claimants and relatives, just as an attorney reported as many as three clients committed suicide as a direct result of the suspensions. The attorney cited the man's widow in saying the client shot himself at his Ivel, Ky., home.

In 2011, amid the scandal, Daugherty was placed on leave while SSA investigated the high number of social security applications he had granted so far during the fiscal year.

Daugherty had said it was simply a coincidence that he happened to approve all of the cases in the first half of the year, claiming that attorneys have been extremely well-prepared and had figured out how to bring forth cases that were hard to deny.

Conn was the attorney on a large number of the cases Daugherty approved.

Daugherty became a Social Security judge in 1990 and worked at the Social Security Administration's Office of Disability Adjudication and Review in Huntington. The report said his fellow judges reported numerous times that he would sign in early in the morning, disappear from the office all day and return at night to sign out.

Daugherty awarded benefits in each of the 729 disability cases he decided in the first six months of 2011's fiscal year. In 2010, Daugherty denied benefits in only four cases out of 1,284. There are 1,500 administrative law judges who rule on disability cases in which applicants have been denied at least twice by Social Security. Judges award benefits approximately 60 percent of the time, according to government statistics.

Daugherty retired amid paid suspension and later voluntarily agreed to have his state law license annulled in 2014.