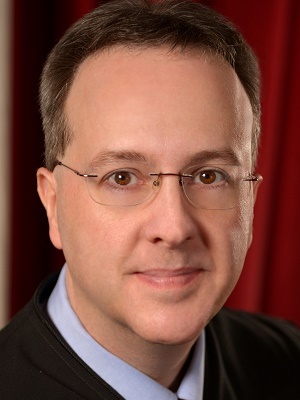 CHARLESTON – The West Virginia Supreme Court of Appeals has ruled that a Nationstar lawsuit must proceed to arbitration.

The petitioner, Nationstar Mortgage, seeks to reverse the Jan. 13, 2015, order of Putnam Circuit Court, denying its motion to compel arbitration, according to the April 7 opinion.

“The underlying case involves allegations of predatory lending practices and abusive and unlawful debt collection in connection with a mortgage loan Nationstar issued to the respondents, Adam and Bethany West,” the opinion states. “Ruling on the petitioner’s motion to compel arbitration, the circuit court concluded that the arbitration provision is both procedurally and substantively unconscionable.”

Upon the court’s review of the matter, the Supreme Court found that the circuit court erred in deciding that the arbitration agreement is unenforceable. The court reversed and remanded the matter for referral to arbitration.

On July 25, 2003, the Wests entered into a loan agreement with Nationstar for the principal amount of $76,500, and, as part of the mortgage loan transaction, the Wests signed a contractual rider entitled “Arbitration Agreement.”

On May 2, 2013, the Wests filed a complaint in Putnam Circuit Court against Nationstar and Mark Greenlee arising from the origination and servicing of the mortgage loan and Nationstar had it removed to federal court. The Wests filed an amended complaint and replaced the allegations asserted against Greenlee against Jeffrey Moore. They then filed a motion, which was granted, to remand the case back to state court.

On Aug. 1, 2014, Nationstar filed a motion to compel arbitration and, during a hearing regarding the motion, the Wests informed the circuit court of their willingness to submit to arbitration provided Nationstar agree to the use of the AAA consumer rules of arbitration, which it declined to agree to.

On Jan. 13, 2015, the circuit court denied Nationstar’s motion to compel arbitration and ruled that the agreement was procedurally unconscionable, looking to the one-sided nature of the promises exchanged, as well as the “oppressive costs associated with arbitration.” Nationstar then filed the appeal with the Supreme Court.

“Upon our review of the record in this case, the basis for the trial court’s decision that the arbitration agreement is substantively unconscionable is both legally and factually improper,” the majority opinion states. “The circuit court relied on a non-existent requirement of complete mutuality of obligations in finding the agreement unenforceable on grounds of substantive unconscionability.”

“Accordingly, we determine that the Wests did not demonstrate that the arbitration agreement is substantively unconscionable,” the opinion states.

In her dissenting opinion, Workman stated that the majority “destroys consumer rights through its overly harsh analysis of the Wests’ unconscionability contract defense.”

“This case presents just another example of the troubling issues surrounding arbitration clauses inserted into form contracts in consumer transactions by powerful out-of-state corporations,” her dissenting opinion states. “As Justice Ginsburg recently commented, the precedent of the United States Supreme Court has ‘predictably resulted in the deprivation of consumers’ rights to seek redress for losses, and, turning the coin, they have insulated powerful economic interests from liability for violations of consumer-protection laws.’”

Workman wrote that the circuit court correctly determined that the threat of oppressive costs rendered the arbitration clause unconscionable and, therefore, unenforceable.

“Consequently, I would affirm the circuit court’s ruling,” she wrote.

The Wests are represented by Colten Lewis and Jennifer S. Wagner of Mountain State Justice Inc.