Ask your doctor, not a lawyer

Misleading information may be used in the ads to lure or scare people into joining a lawsuit, and, of course, there is the standard promise that West Virginians will cash in on jackpot justice. 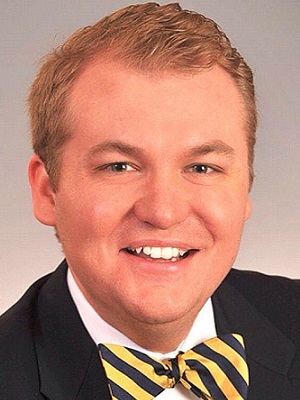 New academic research recently released by the U.S. Chamber Institute for Legal Reform shows that personal injury lawyer advertising is growing faster than ever. The report projects that personal injury lawyer television advertising will hit $892 million in 2015, which is a 68 percent increase over eight years ago when they spent $531 million. This type of disgusting advertising has grown six times faster from 2008 to 2014 than all other television ad spending.

(Editor's Note: The West Virginia Record is owned by the U.S. Chamber's Institute for Legal Reform.)

One unfortunate risk of these advertisements is that they may scare patients into making bad health decisions. The ads often warn about extremely rare side effects, which may cause people to stop taking much-needed medications. The ads plant seeds of doubt and apprehension in viewers about trusting their doctor. They encourage people to seek the counsel of personal injury lawyers on medical issues, and as a result may steer viewers away from the guidance of their health care professional.

Undoubtedly, the vast majority of health care providers act in our best interest and recommend treatments to help us achieve the best health possible. And while some lawsuits are legitimate, the incessant personal injury lawsuit ads are all about generating lawsuits to make personal injury lawyers rich. Why else would these lawyers be spending nearly a billion dollars a year on TV ads? The ads raise false hopes, promise elusive lawsuit riches, and drive our society to believe that the solution to every issue is a lawsuit, regardless of whether it has merit or not.

If you have concerns about your health care, do the obvious thing of asking your doctor. He or she knows your health history and what is best for you. The millionaire personal injury lawyers hawking health care-related lawsuits are only acting in their best interests with hopes of hitting their own jackpot justice lottery and reaping huge lawsuit profits for themselves.