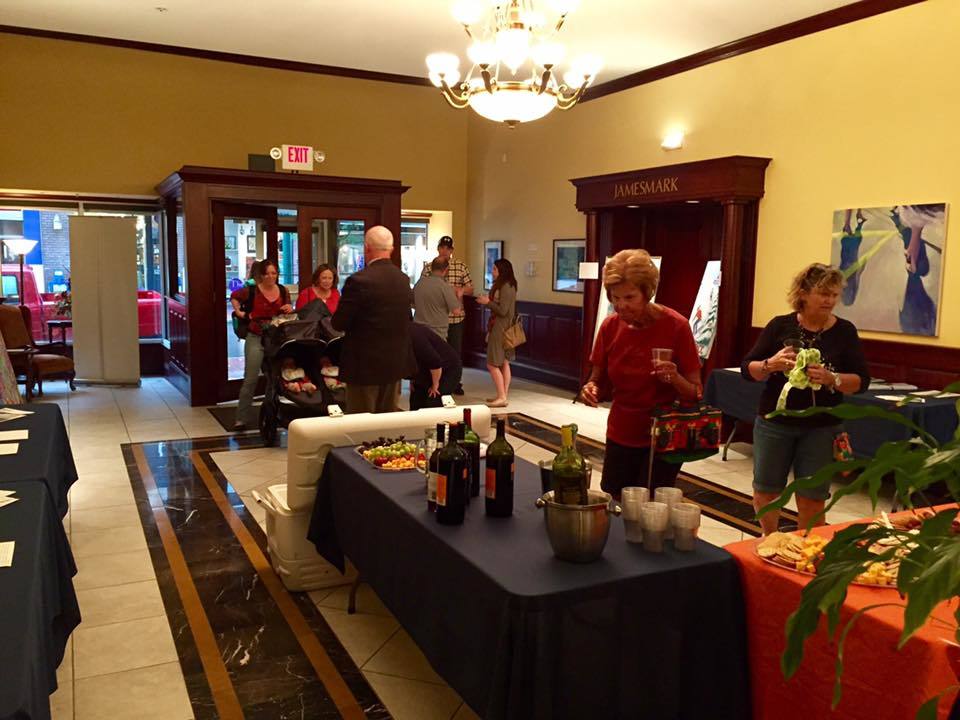 Pullin Fowler Flanagan Brown & Poe law firm raised $2,750 for multiple sclerosis research and $1,655 for local artists who had pieces in the silent auction.

This is the second year the firm has put on the event, said Managing Member Stephen Fowler. It is one of many the firm puts on to help with multiple sclerosis research. It’s an issue close to the partners’ heart, as one of the firm’s attorneys suffers from multiple sclerosis.

“It’s nice to have something that you feel strongly about that you can give back to,” Fowler told The West Virginia Record.

Multiple sclerosis, more commonly referred to as MS, is a disease that affects the nervous system. Those suffering from it commonly experience muscle weakness, numbness, difficulty walking and involuntary muscle spasms. There are many forms of the disease, including mild to extreme cases, and the National Multiple Sclerosis Society estimates it affects about 400,000 people in the U.S.

There is no known cause or cure for the disease.

Attorney Duane Ruggier, a member of the firm, was diagnosed with multiple sclerosis during his first year of law school at West Virginia University’s College of Law. Since his diagnosis, Ruggier has advocated for those with disabilities. He’s served on the West Virginia Access to Justice Committee and garnered more than $500,000 in ADA compliant improvements for courthouses around the state.

Ruggier helps organize the firm's many charitable events, including the Duane Ruggier MS Golf Tournament. The tournament has raised more than $10,000 in two years.

Fowler said a lot of the firm’s charitable giving goes toward multiple sclerosis research, specifically to the West Virginia chapter of the Multiple Sclerosis Society. He said they raise about $20,000 annually, and are always finding new ways to give back.

“The MS Society is a great organization,” Fowler said. “They help people that have MS with things like home modifications, utility bills, but they also pour a tremendous amount of money into research. There’s been great strides in MS research and they’re making tremendous headway into drugs for progressive MS.”

Fowler said this year’s event was not as popular as the first Craft Beer, Wine and Art Silent Auction. He said a lot of factors were working against the firm: bad weather, a Garth Brooks concert and a bad traffic accident near Charleston. Despite that, those who came out had a great time, and the firm looks forward to hosting the event next year.

“It’s part of the Festival of Fall that Charleston does,” Fowler said. “We plan on keeping it up, so we’ll do it again next year.”

The firm will not have any more events this year, but plans on hosting the Duane Ruggier MS Golf Tournament for its third year at the Barry Hills Golf Course in Charleston in 2017. Fowler said more information on that will be available on the firm’s Facebook page sometime this spring.

Want to get notified whenever we write about Pullin, Fowler, Flanagan, Brown & Poe, PLLC ?

Sign-up Next time we write about Pullin, Fowler, Flanagan, Brown & Poe, PLLC, we'll email you a link to the story. You may edit your settings or unsubscribe at any time.