CHARLESTON – Dinsmore & Shohl's Matthew P. Kingery has been recognized as a member of the Young Guns Class of 2017 by West Virginia Executive magazine.

The Young Guns honor was established by the magazine “to recognize those who drive the success of the Mountain State,” according to West Virginia Executive’s website. 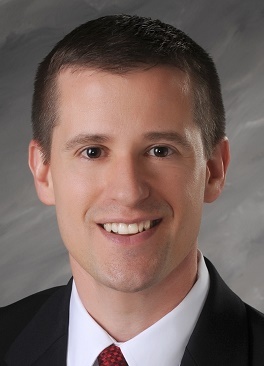 Kingery said he has learned that the magazine and the members of the Young Guns class of 2017 are passionate about West Virginia and its potential.

“We are all concerned about the current economic climate, the loss of population and other challenging issues facing us all, but these folks are committed to being part of the solution and in charting a path to prosperity for all West Virginians,” Kingery told The West Virginia Record.

Kingery said although the Young Guns recognition is an individual honor, none of the honorees would be where they are without the support of family and others, such as educators and employers.

“In large part, it’s a recognition of the efforts of so many to inspire and lift up this small group of honorees,” he said.

Kingery was one of 10 recipients named to the 2017 class. More than 200 nominations were considered for the honor.

Kingery said he enjoyed volunteering in high school and found that those who demonstrated competency and willingness were likely to find themselves in leadership roles.

In addition, Kingery said he has volunteered in a number of other capacities, most recently with The Greater Kanawha Valley Foundation, CAMC Foundation and the University of Charleston School of Business Advisory Committee.

Kingery received scholarships to Marshall University and the West Virginia University College of Law. Following graduation he worked in Huntington for six years before being asked to create a West Virginia real estate practice for Dinsmore & Shohl LLP. Kingery has been at Dinsmore for 10 years.

When he arrived at Dinsmore, Kingery began volunteering with the Charleston Area Alliance’s Young Professionals committee, and he eventually became co-chairman of that organization. He was also part of the re-branding of the organization as Generation Charleston.

Kingery said West Virginia provides opportunities “to be involved be in public and community service at the highest levels that may seem unattainable in a more populous state where you would likely be just another face in a large crowd.”

Kingery is a partner in Dinsmore’s corporate department and a member of the commercial finance group. His practice primarily focuses on the representation of lending institutions in all aspects of commercial lending, including construction loans, asset-based loans and low-income housing loans.

In addition, the firm said in a news release that Kingery counsels lenders on an array of distressed loan questions, including workouts and restructuring issues, receiverships and foreclosure proceedings.