WASHINGTON – A fellow congressional supporter of U.S. Rep. David McKinley's re-introduced House bill to protect pensions and health benefits of more than 120,000 retirees and their families says the legislation is picking up support and momentum.

The case will be made to the incoming Trump administration, U.S. Rep. Evan Jenkins from state's 3rd Congressional District said in an email to The West Virginia Record. 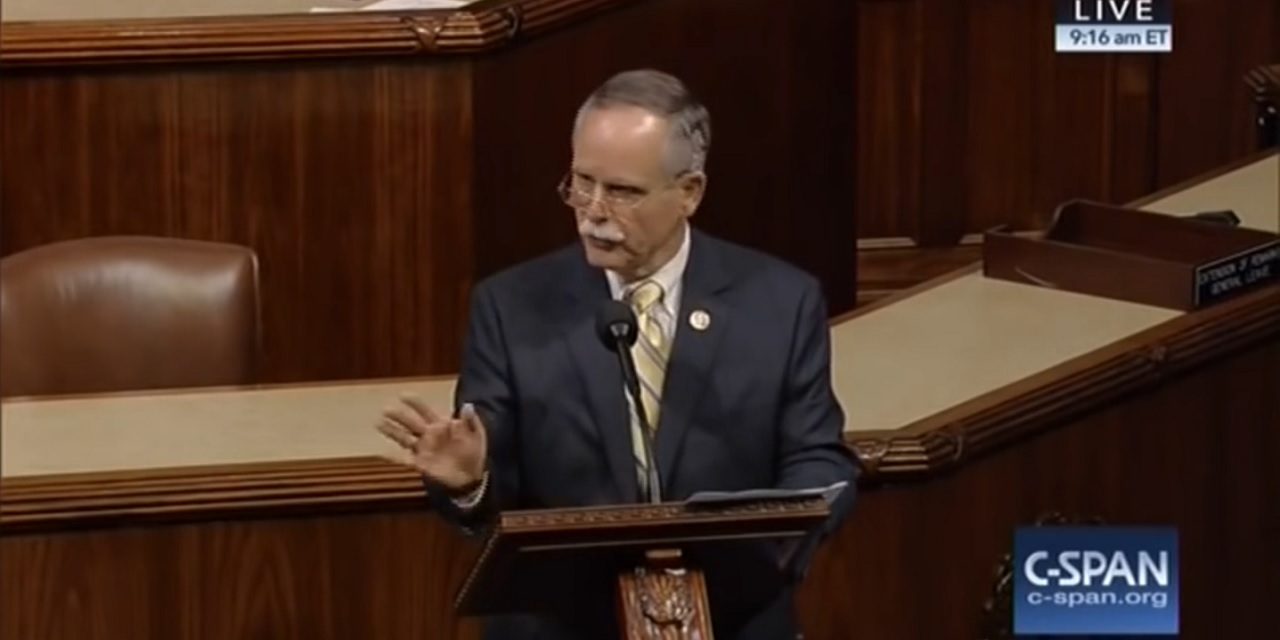 West Virginia Congressional District 1 Rep. David McKinley speaks on the floor of the House in Support of The Coal Healthcare and Pension Protection Act

"There was broad support in the House and Senate for protecting miners’ pensions and benefits in the last Congress, and I am optimistic that a solution will be reached to secure these vital benefits for our miners and their widows," Jenkins said. "I will continue making the case to congressional leaders and the new Trump administration that these miners and their widows deserve the benefits they have been promised."

"Our legislation will protect the pensions and health care coverage for over 120,000 retirees and their family members," McKinley said in a press release on Jan. 3. "Let’s not kick this can down the road any longer. We need to come together and pass this legislation so that coal miners and their loved ones have the peace of mind they deserve, and know their benefits won’t be threatened in the future.”

Jenkins was among the first House members to publicly back the reintroduced legislation.

“We must act now to keep the promise," Jenkins said in a speech on the floor of the house Jan. 4, in support of McKinley's legislation, which Jenkins co-sponsors. "We must honor their work in the mines by protecting the pensions and health care benefits they worked their whole lives to earn. We must pass legislation I’ve cosponsored to protect these hard-earned benefits."

Jenkins read part of a letter from a McDowell County woman, whose husband was a coal miner, asking Jenkins to help pass the legislation.

“These miners and their families deserve no less than what they worked their entire lives to earn – the peace of mind that comes with a pension and secure health care," Jenkins said in his floor speech.

The issue has its roots in the 1946 Krug-Lewis Agreement, also called the "Promise of 1946" in which the United Mine Workers of America and the U.S government agreed that union miners who worked 20 or more years were entitled to a life-long pension and health care benefits. That agreement, which held into the 21st Century, was funded by payments from existing coal producers into a union fund for member coal mine retirees.

However, funds began to fall short as many mines began to close and major coal producers filed for bankruptcy protection.

In 2013, the UMWA negotiated a $400 million global settlement that union officials hoped would buy time for federal lawmakers the find a long-term solution. That same year, McKinley introduced The Coal Mine Healthcare and Pension Protection Act for the first time. He has lead and supported similar legislation every year since.

The legislation picked up additional urgency in the latter part of 2016 as thousands of coal industry retirees began to receive notices that their health care benefits would be terminated by year's end. The House version of the Coal Healthcare and Pension Protection Act picked up strong bipartisan support with 47 Republican House Republicans and 40 House Democrat sponsors of the legislation.

The Senate's companion bill, S. 3470, passed that chamber's Committee on Finance on Sept. 21. McKinley led a bipartisan group of 29 Congressional Representatives in a Nov. 30 letter to the House leaders, calling for immediate action on the legislation.

The situation was urgent, the letter said.

"The Coal Healthcare and Pension Protection Act is a responsible, bipartisan solution that will prevent thousands of retirees from being hurt," the letter said. "These men and women spent their lives doing the hard work that powers this country. They deserve peace of mind in their retirement years. We urge you to stand with these hardworking people and pass this bill before the end of this year."

Shortly after that letter, an effort lead by Democrat U.S. Sen. Joe Manchin to make the Miners Protection Act of 2015 part of the 21st Century Cures Bill failed. Argument over the act threatened to shut down the government but a continuing resolution provided some relief by extending health care benefits for many coal miner retirees and their families until April 28.

The situation continues to be urgent, McKinley said.

"If action is not taken soon, over 15,000 people could begin to lose their health benefits when the continuing resolution expires," McKinley said.

Want to get notified whenever we write about West Virginia's 3rd Congressional District ?

Sign-up Next time we write about West Virginia's 3rd Congressional District, we'll email you a link to the story. You may edit your settings or unsubscribe at any time.