“I look forward to using my new role to continue the momentum started by my predecessors and promote Dinsmore’s numerous practice areas,” Rogers told The West Virginia Record. “I also want to strategically grow the Morgantown office.” 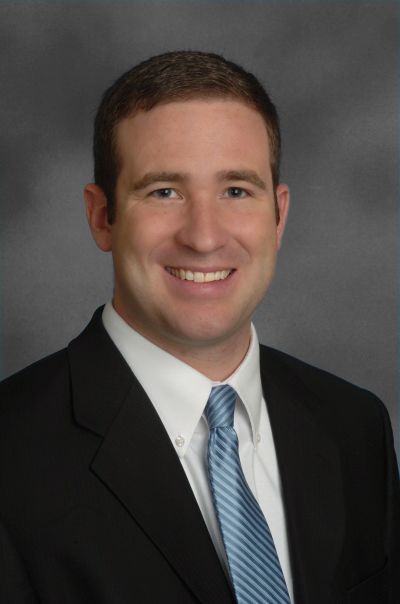 Rogers said he plans to add new attorneys whose practices will complement the needs of current clients and expand the firm’s local client base.

Rogers said the firm opened its first office in West Virginia more than a decade ago, but it did not really have a large presence within the North Central West Virginia market until recently.

“It is challenging to attract legal work when the firm may not have the local name recognition as some of the other West Virginia-based firms, so my personal marketing efforts as a senior associate and a new partner have focused on telling Dinsmore’s story to this part of the state,” Rogers said.

Dinsmore now has more than 70 West Virginia-based attorneys, including 13 who practice in the North Central West Virginia area on a regular basis, Rogers said.

Rogers replaces David M. Thomas as the managing partner of the Morgantown office, who took the position of chief executive officer at Clear Mountain Bank. Thomas will still be affiliated with Dinsmore in an of-counsel capacity.

According to a Dinsmore & Shohl news release, Rogers joined Dinsmore as a second-year associate when the Morgantown office opened in 2007, and he became a partner with the firm in 2013.

Rogers represents clients in West Virginia and Pennsylvania in estate and trust law, corporate planning and family litigation. The firm said Rogers is a member of its professional development, business development, associate evaluation and recruiting committees.

Rogers said he enjoys having the resources of a large law firm like Dinsmore, while “at the same time getting to practice in the comfort of the small office atmosphere.”

“I have the opportunity to practice in a small, collegial atmosphere where everyone in the office knows each other’s families and background,” he said.

Rogers said he also serves on several nonprofit boards, and he participates as an adjunct lecturer for the clinic program at the West Virginia University College of Law.

A lifelong resident of West Virginia, Rogers said he “was always a diehard Mountaineer fan.”

“There was no question where I was going to college, and after law school I wanted to stay in Morgantown,” he said. “A college town like Morgantown is a great place to live and work. There is always something to do, whether it be college sports or other leisure activities, and there is really an emphasis placed on education which makes it a great place to raise kids.”

Rogers graduated in 2002 from West Virginia University with an accounting degree.

In his spare time, Rogers said he loves spending time with his 7-year-old son and 3-year-old daughter. He also likes to play golf and he follows college football and basketball, as well as the PGA Tour.