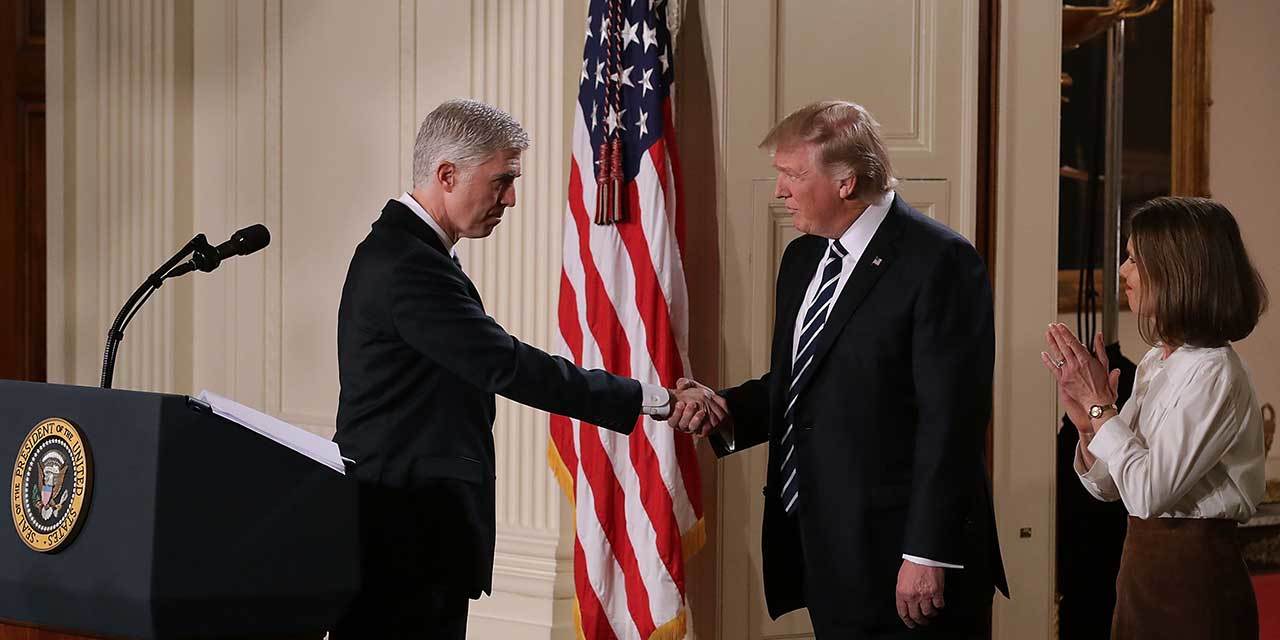 Morrisey called Gorsuch a jurist who will respect state government, the role of the judiciary and interpretation of the U.S. Constitution as it was written.

“The Mountain State will have a friend in Judge Gorsuch,” Morrisey said April 7 after Gorsuch was confirmed by a mostly party-line 54-45 vote. “I believe West Virginians will come to admire Judge Gorsuch’s willingness to protect religious liberty, respect the Second Amendment and rebuke the type of federal overreach that has harmed our state.”

In February, Morrisey led a 20-state coalition urging the Senate to confirm Gorsuch without delay. Its letter touted his immense qualifications, temperament and judicial philosophy as traits sure to make him an excellent Associate Justice.

Gorsuch will succeed the late Justice Antonin Scalia. He comes to the court from the 10th U.S. Circuit Court of Appeals.

Both West Virginia senators voted to confirm Gorsuch. Joe Manchin was one of three Democrats who voted for Gorsuch.

"After meeting face to face, thoroughly examining his record, and watching his impressive hearing in the Senate Judiciary Committee, I had no doubt that he would be confirmed, even despite Senate Democrats’ historic attempt to filibuster his nomination."

Capito also was critical of Democrats' attempt to block his nomination, calling it "unprecedented."

"The Senate has a very clear history of rejecting the use of the filibuster against Supreme Court nominations, and there was no clear justification for a filibuster of Judge Gorsuch," she said. "He is a mainstream judge with the highest possible rating from the American Bar Association.

"He was confirmed by the Senate without objection in 2006. And he has demonstrated the independence and respect for the law that the American people expect from a Supreme Court justice."

"He will decide cases fairly based on our Constitution and the law, not based on personal beliefs," she said. "I congratulate Judge Gorsuch on this significant achievement, even despite Democrats’ obstruction, and I welcome him to the Supreme Court.”

"Justice Gorsuch represents the promise kept of the Trump Presidency for which we all worked so hard last year," Lucas said. "So many blows to this country's foundation in recent decades have come from assaults on the separation of powers by activist courts who legislate from their robes on benches nationwide.

"Gorsuch is an originalist who will preserve the conservative plan of our Founders and honor the will of so many who voted last fall in an attempt to turn this nation back toward liberty and sanity.

"We thank our Senator Shelley Moore Capito for her consistent support of this nominee. It is critical that judicial openings nationwide be filled with confirmed conservatives and scholars of this caliber."