BARBOURSVILLE – Though he said he is humbled to receive it, Attorney Jon D. Hoover’s accessibility to clients and his attention to detail has yet again earned him this year’s 10 Best Family Law Attorney for Client Satisfaction – the fifth year running he has been so honored.

“I take a great deal of pride in making myself available for my clients whether through the phone or an email or a personal meeting,” Hoover told The West Virginia Record.

The award, presented by the American Institute of Family Law Attorneys (AIOFLA), a third-party attorney rating organization, is presented based on nominations made by clients or peers, through research and AIOFLA recommendations. The selection process looks for those attorneys who have achieved the highest success in the field of family law without sacrificing the service and support they provide. An annual list is also created by the organization to serve as a resource for clients during the attorney selection process. 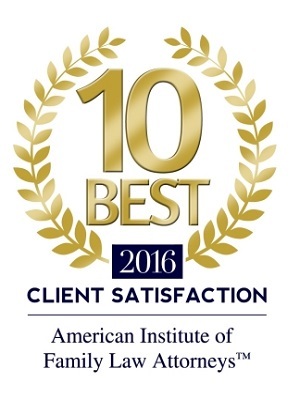 The AIOFLA award is given in recognition of outstanding achievement by attorneys and the relationships and reputation they have with their clients.

Hoover has won a number of previous awards, including the top 10 for excellence in the field of personal injury and family law, as well as Super Lawyers Rising Stars of West Virginia in 2008, and a top 100 list of trial attorneys presented by the American Academy of Trial Attorneys in 2015.

Owner of the law practice of Hoover Andrews PLLC in Barboursville since 2009, Hoover said he practices law in West Virginia and Kentucky litigating cases in family law and personal injury, everything from medical malpractice suits to catastrophic injury and wrongful death.

“We’ve tried cases at the local and county levels, at the state and in federal court, too,” he said. “I’ve also defended a murder case.”

Currently there is no death penalty in West Virginia.

He has practiced law for 17 years.

Hoover was born in Winfield, attended Concord College in Athens, West Virginia for undergraduate work, and then law school at the Widener University School of Law in Harrisburg, Pennsylvania.

He has been involved in 48 law cases and has won 43 of them.

Hoover, who describes himself politically as being “right in the middle,” said having a trusting, friendly, personal relationship with each client has been a key to success.

“In the end, when you represent a client you have to understand it’s his case,” he said.

Want to get notified whenever we write about Hoover Andrews PLLC ?

Sign-up Next time we write about Hoover Andrews PLLC, we'll email you a link to the story. You may edit your settings or unsubscribe at any time.