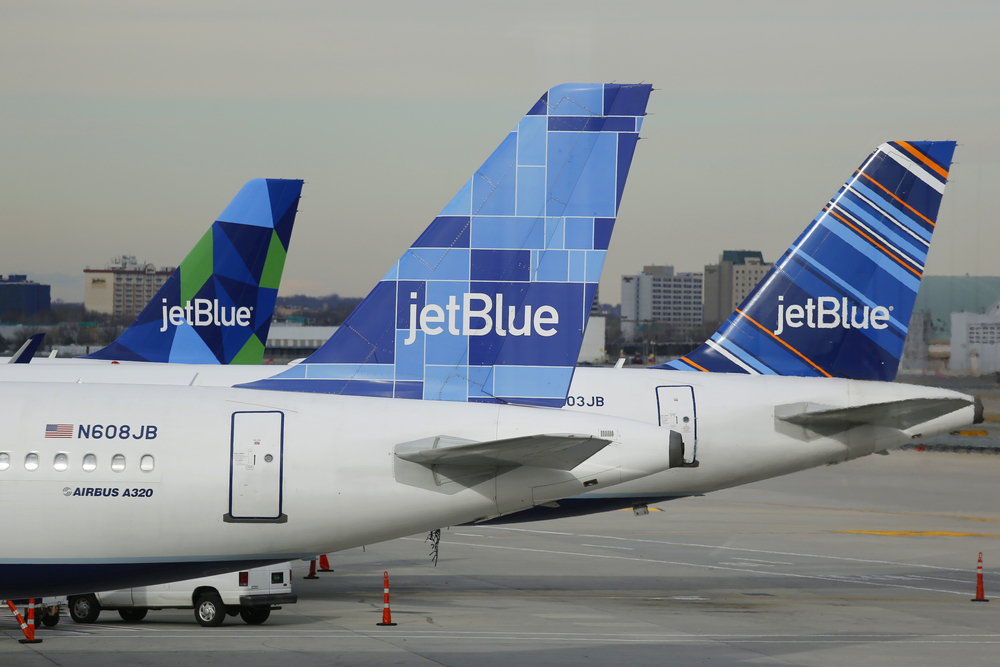 MARTINSBURG – A man is suing Jet Blue Airways after he claims it breached its contract and was negligent.

Spirit Airlines was also named as a defendant in the suit.

Jason Murphy entered into a contract with the defendants to travel to Colombia and most recently contract to return on Feb. 9, according to a complaint filed Feb. 27 in Jefferson Circuit Court and removed to federal court on April 19.

Murphy claims the flight departed Colombia and arrived in Florida and, even though there was a delay going inbound, the flight landed and the plaintiff would have made a connection with the final flight to Baltimore.

After landing, the Spirit Pilot Captain in Charge announced over the intercom that a Jet Blue incoming flight had improperly and illegally stolen the gate that was assigned to Spirit aircrafts by making false representations to the airport authority, according to the suit.

Murphy claims the statements were made several times and, additionally, the Spirit captain was heard making the same announcement during the customs process while the plaintiff and others were waiting to go through Customs.

As a result of this deceitful and unethical conduct by Jet Blue, as indicated by the Spirit captain, the plaintiff and all other passengers were caused to be delayed and stranded on the Tarmac for a prolonged period of time, which caused Murphy to miss his connecting flight, according to the suit.

Murphy claims he attempted to speak with a Jet Blue agent immediately after the flight to report precisely what happened, but was told he needed to address the issue with Spirit.

The plaintiff then attempted to address the issue with Spirit and even asked for a manager to assist, but was denied and told a manager was not available, according to the suit. When the plaintiff told a Spirit agent what had happened and that the delay on the tarmac was not occasioned by weather, he was told “tough shit.”

“Plaintiff asked if this information had been reported by the Spirit Captain in Charge and the Spirit Booking Agent said she was unaware and that she would not check,” the complaint states. “The Spirit Agent also refused to notate any complaint or grievance even though she was repeatedly asked by the plaintiff. Thus, both Spirit and Blue would not even discuss the matter with plaintiff. Spirit and Jet Blue stuck their heads in the sand and played ostrich.”

Murphy claims he specifically asked the Spirit agent that he be promptly rebooked on another flight to Baltimore or any metropolitan airport either from Fort Lauderdale or Miami International Airports, but the Spirit agent refused, only offering a flight the next morning.

The airlines, as common carriers, owe a duty to their passengers to provide truthful and accurate information, and to not engage in conduct that is deceitful or injures the public, according to the suit.

Murphy claims the defendants breached their contract with him and were negligent.

Murphy is seeking compensatory damages. He is representing himself.