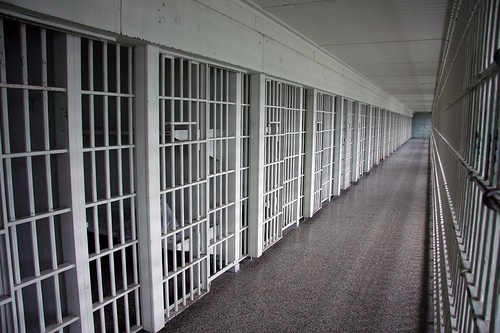 CHARLESTON – Ten lawsuits have been filed against the West Virginia Regional Jail and Correctional Facility Authority after the plaintiffs claim they were correctional officers used excessive force on them.

In October 2015, and on several previous occasions, the defendants were actions within the scope of their employment and under color of state law when they harassed, assaulted, battered and used excessive force against Shane Currence, John Simpson III, Ryan Graham, Charles Lanham, Reginald Berry, Shane Miller, Mark Campbell, Larry Manuel Defrietas, William Bishop and Dustin Thorne while they were in the custody of the jail authority, according to ten complaints filed May 17 in Kanawha Circuit Court.

The plaintiffs claim the jail authority failed to properly train and supervise employees in the proper establishment of policies, practices, procedures and customs concerning, among other things, the proper treatment, protection and implementation of the due process rights of those individuals in the custody and control of the jail authority.

The plaintiffs claim the defendants not only used unreasonable and excessive force, but also unnecessarily used threats of physical force and violence and failed to respond to the grievances filed by the inmates that were assaulted and deprived of their personal property

The defendants conspired with each other and jail officials to hide their inappropriate and actionable conduct, according to the suits

The defendants’ conduct and conspiracy to silence potential whistleblowers was a violation of the plaintiffs’ constitutional rights, as well as a violation of jail policy and procedure, according to the suits.

The plaintiffs are seeking compensatory and punitive damages. They are being represented by William M. Tiano of Tiano O’Dell.