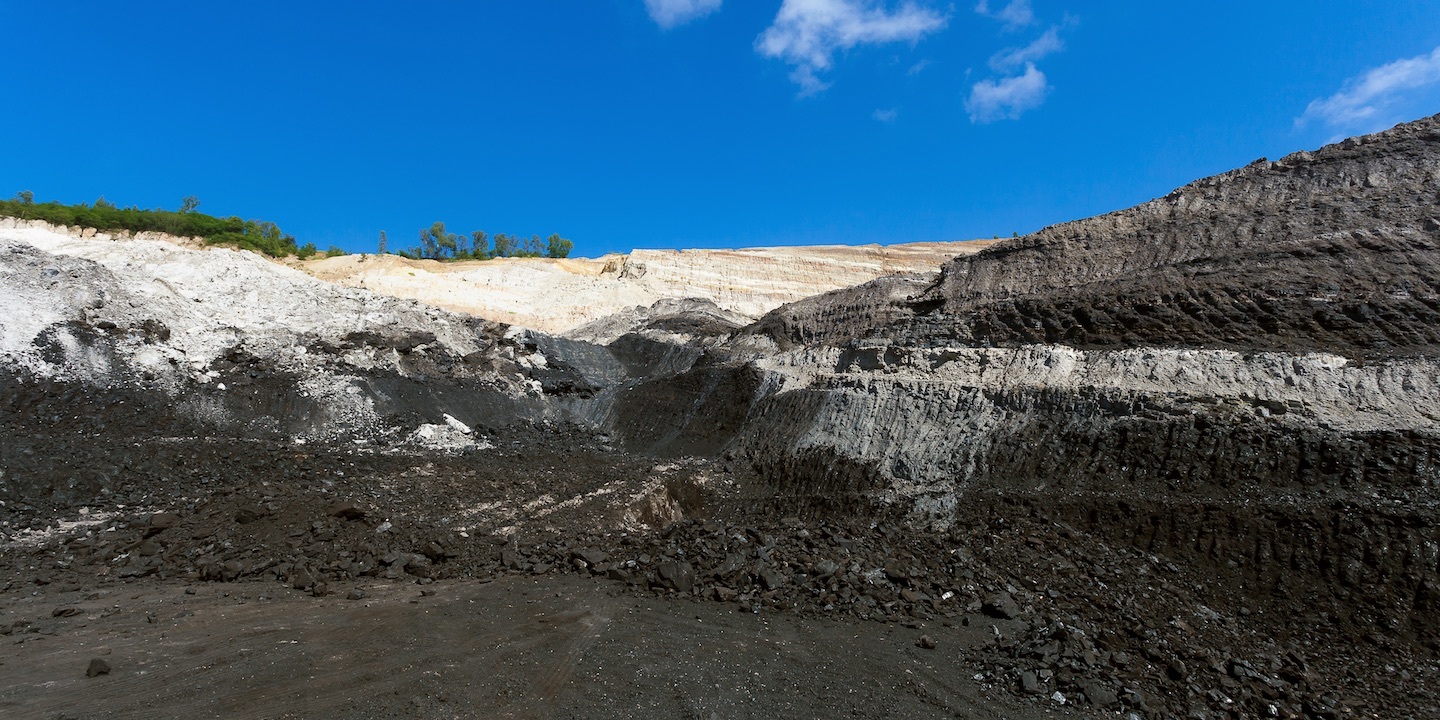 CHARLESTON – CNBC has ranked West Virginia as the worst state for business in 2017, and state leaders have varying reactions to it.

Gov. Jim Justice blames it on inaction by the state Legislature, while business leaders take a more pragmatic approach.

In the CNBC rankings, West Virginia scored 942 out of 2,500 points. The Mountain State ranked 50th in economy (one of only seven states whose economies shrank in 2016) and 49th in Workforce, Technology & Innovation and business friendliness. It did rank fourth in Cost of Doing Business. West Virginia’s GDP dropped by 0.9 percent, mostly because of the decline of the coal mining industry. 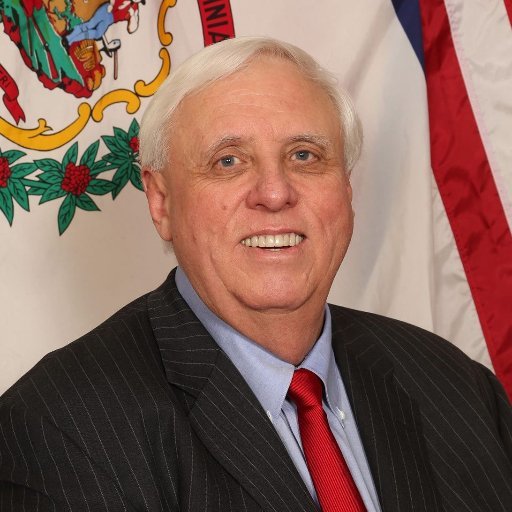 Justice, the millionaire Democrat businessman who was elected as governor last year, blames the Republican-led Legislature for the problems facing the state.

“The West Virginia Legislature keeps twiddling their thumbs while our state continues to stay locked in an ‘economic death spiral,’” he said in a statement. “The Legislature allowed West Virginia to sink even further down the list of worst states for business because they completely failed to adopt my vision of change.

“The state Legislature has cost us thousands of job opportunities and further damaged our reputation.”

“The career politicians in Charleston might be satisfied with 50th, but I can’t stand it,” he continued. “The Legislature said no to my S.O.S fund for economic development, they slashed money to grow tourism in our state, they didn’t reform the tax code, they refused to help our coal miners, and they crippled our schools so it’s even harder for our people to be career ready.

“West Virginians need to know that the Legislature is keeping us in 50th place. They had the chance to follow my new ideas and go big, but instead, they turned their backs on every West Virginia family.”

Justice said the CNBC ranking only proves that the Legislature’s failures.

“If we don’t do something different we’ll all die 50th,” he said. “Voters, fellow West Virginians, please pay attention to what our irresponsible legislators are doing to you. Let your voice be heard. Together, I promise, we will prevail and get our state on the right path, but I can’t do it without you.

“I had a real plan, a drug epidemic solution, and a pathway to hope and prosperity. Our Legislature did nothing except pass terrible pain and despair on to the backs of the poor, the disabled, and our middle class. The entire world gets it. Why don’t they?”

The president of the West Virginia Chamber of Commerce said it’s important for people to not overreact to the CNBC report.

“A number of people have reached out to me about this,” Steve Roberts said. “It is a retrospective. It looks backward, not forward. It’s a reflection of where we have been, not where we are going. It relies on federal data, which often is two years behind. I don’t necessarily say that as criticism, just to help understand the report.”

Roberts said the report doesn’t include the increase in coal production so far this year, nor the recent increase in natural gas prices and production.

“Coal production in West Virginia has picked up by 17 percent this year,” he said. “And, remember, the most heavily weighted section of the report is on workforce, and it makes specifi mention of union membership and right-to-work laws. We are the seventh most unionized state in the nation, and the right-to-work laws passed last year haven’t gone into effect.

“So, what we want to do is learn from it, use it for instructional purposes. We don’t want to be defeated by it. We want to take note that every state that surrounds us but one are in the top 25. Kentucky in the last year or so has made dramatic strides in improving its climate. It’s in our hands to see that West Virginia comes up significantly.

“We have not been a historically college educated workforce because we’ve had manual labor jobs. They were good paying jobs, but we have fewer of them now -- fewer mining and manufacturing jobs.”

Roberts also noted the importance of infrastructure to the CNBC report.

“Remember, the state Legislature went home recently after passing measures to improve infrastructure,” he said. “So, that isn’t included in the rankings.”

Roberts was quick to dismiss the term “economic death spiral.”

“Those of us who are actually here know we are not in the middle of that,” he said. “We’ve had increasing employment in the first four months of the year. By the end of the year, we hope to see more than a thousand new jobs will have been created in West Virginia, mostly in manufacturing.

“Words like that get everybody’s attention, but we’re not in an ‘economic death spiral.’ We appear to be stabilizing and coming back up.

“We spend a lot of time in West Virginia being in denial. I’m not deflated by this report, but we can learn from it. It does point in some directions that can provide us lessons on what other states are doing. No one wants to be 50th.”

The president and CEO of the Huntington Regional Chamber of Commerce agrees.

“I’m not sure being labeled an ‘economic death spiral’ is a fair commentary, as it implies a hopelessness that I do not think is accurate,” Bill Bissett said. “It’s a tremendous challenge to ‘course correct’ West Virginia, but I am still confident that it is possible.

“Somehow, we need to find a way to work together, even if we disagree with each other. I remain a strong advocate of coal production and use, as do a large portion of my Chamber’s membership, but we have to embrace competing fuel sources and other industrial sectors when there’s a business model that works.”

“Radical ideas need to be considered to affect change, but, at the end of the day, these ideas have to be eventually self-supportive, profitable, and employ West Virginians to make sense,” he said. “I don’t think the people of West Virginia are fairly characterized on the national stage.

“It seems like the worst of us are highlighted, and the best and brightest are hidden. There’s a kindness and warmth here that is simply not found most places, and it is quality that is near impossible to quantify.”

Bissett said he thinks the state does need to diversify itself in terms of industry. He said the state has perhaps relied too heavily on coal, but he doesn’t blame the modern coal industry for that.

“The people that I know in the coal industry are not opposed, in any way, to economic diversification and are not an impediment to these efforts. If anything, I would suggest leaders in the coal industry could be helpful as someone who has done work and employed people in an economic challenging area. Simply put, we do not need to end coal production to diversify our economy. We can mine coal and diversify our economy at the same time.”

Bissett said West Virginia can have a bright future … with hard work.

“When I worked at Marshall University, we would always say, ‘If I can get a potential student here, then it is likely that student will attend Marshall,’” he said. “With the state of West Virginia, we have to get the right people here, such as site selectors, business leaders and investors.

“There are some hard truths in the CNBC story, and we have to work improve these issues – and trumpet that improvement once it occurs. But all of us need to be a combined voice as to why we love this place.

“Since returning to Huntington in November of last year, I’m stunned by the number of folks who remain here and are absolutely pessimistic about our present and our future. If we cannot convince ourselves that we can improve, how on Earth can we convince the rest of the country?

“In the end, we have to believe in ourselves and our ability, and find some way to work together, which is proving easier said than done in the current political climate.”