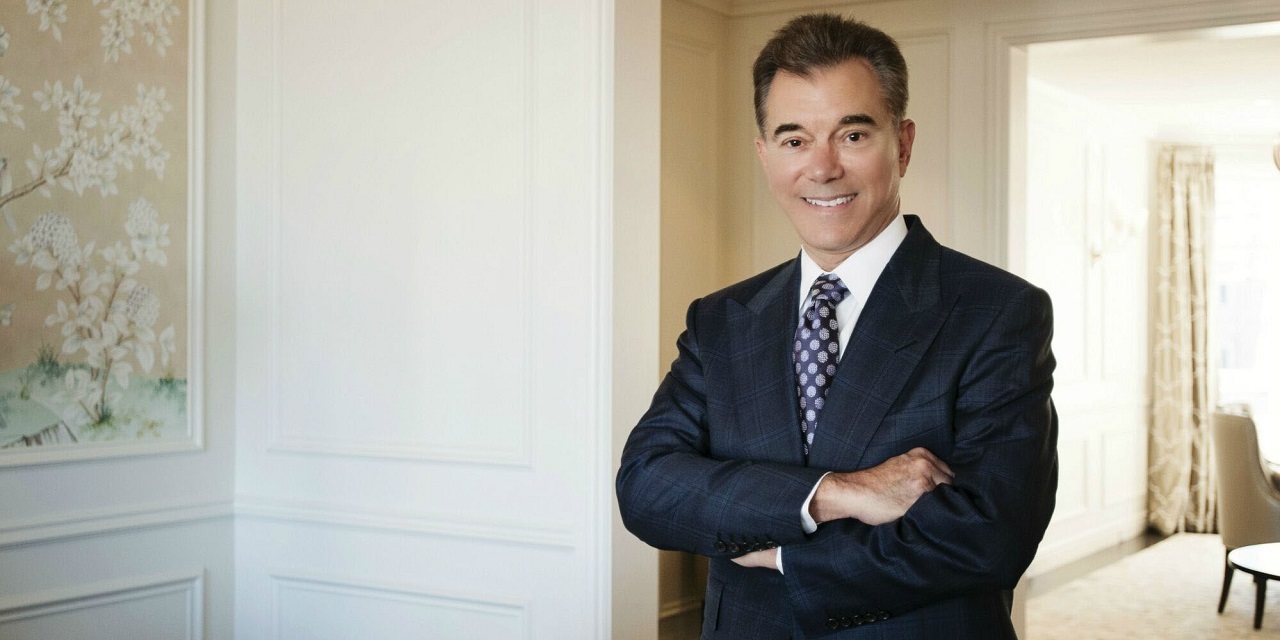 WHEELING – The leaders of the global law firm of Orrick, Herrington and Sutcliffe took a chance on Ralph Baxter in the late 1980s, naming him CEO.

Now, Baxter hopes the residents of West Virginia’s first congressional district are ready to take a chance on him as well.

“I wondered at that time if I was qualified because I was so different that the traditional makeup of a CEO for such a law firm,” Baxter told The West Virginia Record. “The partners were ready to try something different. I was 43. Back in those days, the person who became the new head of the firm was old … one of the senior most people.

“But, once I got into it, like anything else, I got my bearings. I searched my soul to see if I was qualified. And once I took the position, I resolved to do my best at it.”

Baxter, who stepped down as CEO of Orrick in 2014, recently announced his plans to run as a Democrat for U.S. Congress, the seat currently held by Republican David McKinley.

“And that is what I’m about to do here … get in there, find my bearings and do my best,” the Northern Panhandle native said. “If the people of this district see fit to elect me.”

Midway through his 23 years as CEO of Orrick, Baxter led the move to have the firm’s global operations center relocated from San Francisco to Wheeling.

“This was the dawning of the information age,” Baxter said. “We started the process in 1999, and we opened in Wheeling in 2002. People said, ‘He must be nuts, moving it all to small-town West Virginia.’ Our competitors took some shots at us. One guy said it was a boneheaded idea.”

Baxter said the skepticism was understandable. He also said some thought the company was making the move only to save money. He said before they made the move official, they moved those jobs out of the San Francisco office a few blocks to see if it would work remotely. And, it did.

He said that test showed that the move would work, and that it would result in savings.

“Internally, within Orrick, it was supported and embraced. Before we finalized the decision, we went around to every office and talked to every human being in the firm because it was different. It was unsettling. And that helped people. They heard how it was going to work. This fancy new thing called a PDF would work. And, it was a big success from the day we opened it.

“We believed it would work, and it did even more so than we expected.”

The Wheeling center opened in 2002 with 73 employees. Today, 350 employees (15 percent of the firm’s worldwide workforce) are based there.

He said his firm’s success is a perfect example of something West Virginia could do many times over.

“We are so well-situated as a place to do this sort of consolidating,” Baxter said. “This type of information-age work, in this world of today, is growing by leaps and bounds. With all of the technology, you still need human beings to monitor and oversee the work. Those jobs are going to abound going forward.

“And our people can do it. We’ve proven that. We’re less expensive than most places with good workforce. And we’re close to everything.”

“And, I’ve always treated people positively. I have seen that so many times from the people of West Virginia. I know I got that here as well.

“Over the last few months, I’ve spent time in all 20 counties in the district. You get to these places where you are a stranger, but they welcome you. They’re nice. You feel like you’re with good people. People like me, and I think that’s because of my cultural roots growing up.”

Baxter said he has enjoyed the time he’s spent on the campaign trail. He said he enjoys meeting people across the district and seeing what matters to them.

“People get worked up, and understandably so. They feel it’s somebody’s fault, whether they say Democrats or Republicans. But the bottom line is that no matter who you blame, the problems are real. It makes life tough.”

Baxter said if there ever was a time to change the way we do things, it is now.

“We are so dysfunctional, especially in the Congress of the United States,” he said. “We are far too caught up in partisan politics. The approaches seem to be focused on these collateral questions. The Afford Health Care Act focused on tax cuts and entitlement reform, not healthcare reform.”

Baxter said he also hears a lot of talk about the drug crisis facing the state.

“It’s a tough issue, but it’s something we aren’t doing nearly as well at as we could. There is no silver bullet, and I don’t have a complete solution. But, we do need more focus and more resources. We need to stop the flow, do better and turn our imaginations to deal with those who are addicted and still with us. That is beyond being Christian about it. It’s a problem for our families.”

Baxter also talked about Republican attacks on him.

When Baxter announced his run, the West Virginia Republican Party said “leftists from San Francisco and New York sent their guy to try to kill West Virginia jobs again.” They also said Baxter moved back from California to attack McKinley and coal families, and they said he has attended “anti-freedom events in the state.”

“We welcome Ralph Baxter, his Obama pals and his lefty money back to West Virginia,” state Republican Chairman Conrad Lucas said. “When you're on the record helping out Obama, Hillary, Planned Parenthood and the like, it's clear your values are not ours.

“Targeting coal and babies destroyed the Democrat brand over the last decade here. We look forward to re-electing Congressman McKinley to again head the Coal Caucus and represent this state's true values against the The Swamp in D.C.”

“Every time they do that, they’re trying to distract the West Virginia voters from the real issues,” he said. “It tells you they’re worried. This time, something’s going on here. This might not be a walk in the park.

I mean I’m not even the nominee yet. This stuff was posted before I even announced.”

He said such bipartisan behavior is a big reason people’s view of politicians is at an all-time low.

“I have no interest in participating in that kind of nonsense,” Baxter said. “I won’t do anything like this to my opponents at any stage. I won’t play this game. They can spend a gazillion dollars. I’m going to keep talking about the issues the people of West Virginia care about.”

Baxter will have a Democratic primary opponent in the 2018 election. West Virginia University law professor Kendra Fershee has announced plans to run for McKinley’s seat as well.

“My life has been one that has been blessed,” Baxter said. “I got to spend my childhood here in West Virginia. My mother got a job in California, so we went out there. I taught school in Washington, D.C., for three years, and I went to law school at UVa (the University of Virginia). I had a great career as a lawyer. Fifteen years ago, I came home. And I couldn’t be happier.

“I wake up every morning, and I couldn’t be more content to be here. I feel like I have come upon the right way for me to spend the next period of my life. I am eager and delighted to do that.

“And for the next 14 months, I will campaign in a way in which the people of the First District will see they have a choice. And I’ll do that as hard and effectively as I ever have done anything.”

Want to get notified whenever we write about Orrick Herrington & Sutcliffe ?

Sign-up Next time we write about Orrick Herrington & Sutcliffe, we'll email you a link to the story. You may edit your settings or unsubscribe at any time.