PARKERSBURG – Chemical giant DuPont and spin-off company Chemours are in the process of paying out $670 million to 3,500 claimants in Ohio and West Virginia who contended in lawsuits their health was jeopardized from a spill of toxic chemicals used to make Teflon from a plant near Parkersburg more than a decade ago.

The $670 million sum was agreed to last February and validation of the claims is ongoing now.

“Claimants have to be validated and approved by a claims checker,” Attorney Harry Deitzler of Hill, Peterson, Carper, Bee & Deitzler told The West Virginia Record. “We’re in the middle of that process.” 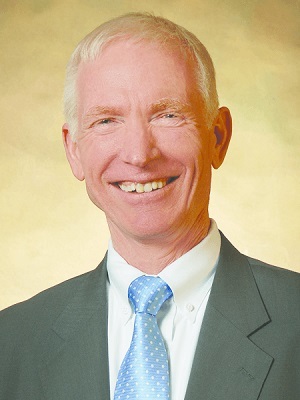 Deitzler was one of the attorneys representing plaintiffs in the case, as was firm founder Ed Hill.

A lengthy medical screening program also is under way in which the long-term impacts of exposure to C8 among the plaintiffs will be monitored.

Informational meetings about the screenings will be held Oct. 9 and Oct. 10. On Oct. 10, one will be held at 8 a.m. at the Blennerhassett Hotel in Parkersburg. More information is available at www.c-8medicalmonitoringprogram.com.

Several of the 3,550 suits went to individual jury trials and three resulted in nearly $20 million in awards; including one last January compensating a man who had developed testicular cancer, according to a February report by the website Top Class Actions LLC. At the time of the February settlement agreement, DuPont officials have admitted to no wrongdoing, according to The Intelligencer.

In 2001, residents brought suit against Wilmington, Delaware-based DuPont Conglomerate Co. for leaking a chemical known as perfluorooctanoic acid, or more commonly referred to as C8, used in the production of Teflon, into local water supplies from its Washington Works Plant.

The company agreed in 2004 to fund a scientific three-person field study to examine the physical impacts of the chemical. In 2005, personal claims were held up until the findings of the study could be published.

In 2013, the findings concluded there were probable links from the chemical to six diseases in humans including kidney and testicle cancer, ulcerative colitis, thyroid disease and high cholesterol, including risks to pregnant women, according to a report published by Hill, Peterson, Carper, Bee & Deitzler.

Deitzler said the site of the toxic spill has been clean since 2006. He added that the case is significant because of the potential enormity of the health hazards.

“The population impacted by this leak numbered from 60,000 to 80,000 people,” he said. “Water is one of our most valuable natural resources. It’s wrong to allow those who produce chemicals to place them in the water without knowing if it will have an adverse impact on life.”

With so many lawsuits, the cases were referred to a single district judge to schedule hearings, Edmund Sargus of the U.S. District Court for the Southern District of Ohio.

"Though I was one of a team of attorneys, I prepared 2,500 of the cases," Deitzler said. "I was the attorney who lived in the community."