WASHINGTON – Kimberly A. Reed, a 1996 graduate of the West Virginia University College of Law, credits her West Virginia upbringing as a driving force on the path that has led to her appointment as first vice president of the Export-Import Bank of the United States.

“When you knit together all of my professional and personal experiences, it’s amazing to see how they have prepared me for the honor of being nominated by President Trump as first vice president and vice chairman of the Export-Import Bank of the United States,” Reed told The West Virginia Record.

Reed said she is currently going through the Senate confirmation process. She said the timetable for her confirmation is determined by the Senate and is still unknown, but she is “excited for this opportunity.” 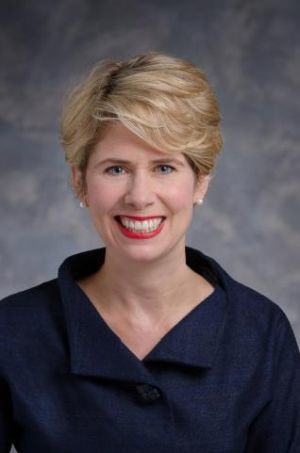 Reed also led the U.S. Treasury Department’s Community Development Financial Institutions Fund, the release said. She is recognized as one of the 100 Women Leaders in STEM.

“Growing up in Buckhannon, West Virginia, I was taught a very important lesson early on in life: ‎hard work makes all the difference,” Reed said. “Add to this a commitment to lifelong learning, continual self-improvement, dedicated teachers, family, and friends and faith and you have most of the recipe for how I got to where I am today.”

Reed said she was also very active in 4-H from fourth grade until her senior year in high school.

Reed said she encourages “all young professionals to do some public service or volunteer work in their community, as it sets a good foundation for leadership opportunities in the future.”

The Export-Import Bank of the United States is an independent, self-sustaining agency of the U.S. Government, according to Reed. She said the bank’s mission is to create and sustain jobs by increasing exports of goods and services.

“The bank can help minimize risk, level the playing field with international competitors, and supplement commercial financing across a variety of industries,” Reed said. “For me, there is no greater honor or responsibility at this pivotal time in our nation’s history than to serve in a position that focuses on creating jobs and growing the United States and West Virginia economies.”

Reed received her law degree from WVU following her graduation from West Virginia Wesleyan College, where she majored in biology and government.

“I am so proud to be an American and a West Virginian,” Reed said. “No matter where I am in the world, which includes time spent in more than 100 countries, I am an ambassador for our state and our motto.”