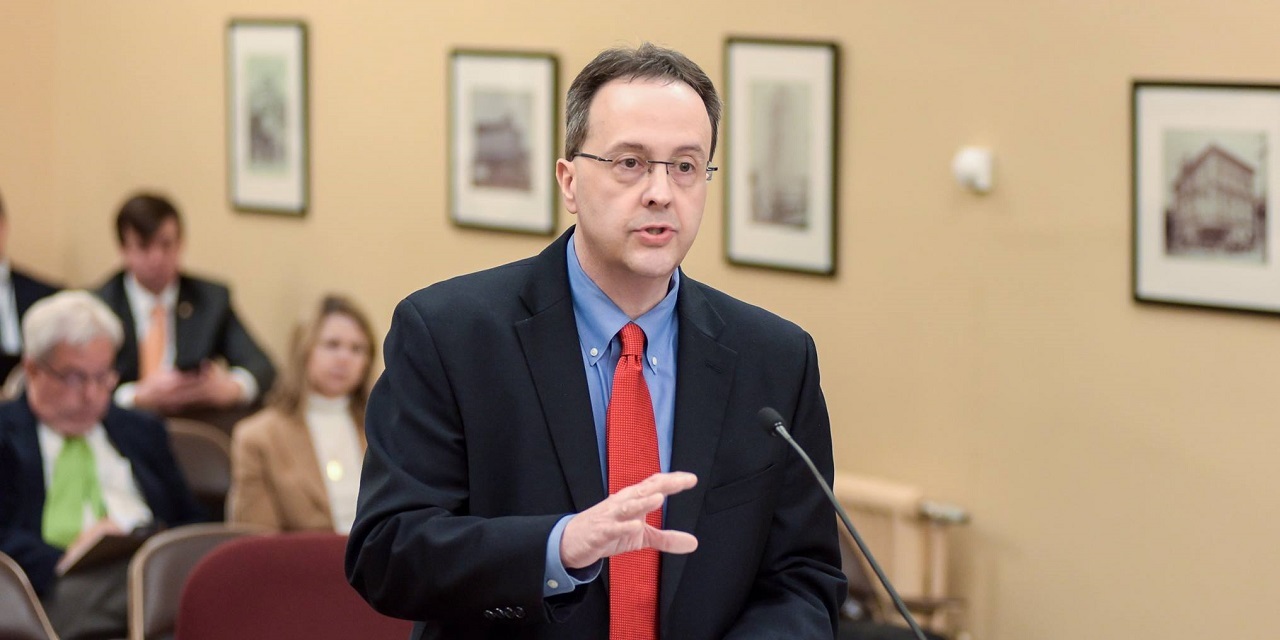 Loughry did mention the “inappropriate” expenditures associated with renovations to the five Justices’ offices, but members of the committees didn’t press him much about it.

“The West Virginia Supreme Court is committed to sound fiscal management and administration of the judicial branch of government and takes its commitment to state taxpayers seriously,” Loughry said Dec. 12 during his meeting with the House Finance Committee “Our court has experienced more change than at any time in recent history, and these changes have created real savings.

“We in the judiciary are painfully aware of the state’s financial worries. And, in spite of recent headlines that may lead you to believe otherwise, the judicial branch of government takes this issue very seriously.”

Loughry made a similar presentation on Dec. 16 to the Senate Finance panel. Again, none of the questions focused on the headline-grabbing renovation spending.

House Finance Committee Chairman Eric Nelson said he commends the changes that have been made in the last year.

“But this body is screaming for transparency,” he told Loughry.

“There is no denying there was wasteful spending,” he told Loughry. “It begs the need for more transparency from this body. Some safeguards have failed.”

Loughry said he understands that sentiment.

“The court has received significant negative press regarding some isolated but obviously inappropriate purchases,” he said. “There is nobody more outraged than me. There clearly was a failure of oversight on the court.

“We can’t go back and change them, but we can go forward and make sure this doesn’t happen again.”

In November, WCHS/WVAH Eyewitness News reporter Kennie Bass first detailed the state Supreme Court expenditures. Since 2009, court offices have undergone extensive renovations. The original price tag was about $900,000 for the first round of renovations. But it since has grown to more than $3.7 million and include more areas of renovations.

Others have focused on spending for Justice Robin Jean Davis’s office. The renovation of her office was the most expensive of all of the justices' chambers at $500,278. Most of that, $433,105, went to construction costs. The highest ticket state-owned items in Davis’ office are an $8,098 office chair and two floor rugs worth a total of $28,194.

“No doubt this will have more focus this year,” Loughry said when mentioning talk of the constitutional amendment. “I just ask that you take a moment and consider the big picture.”

Loughry told the House committee the court has conducted a review of “every aspect of the court system.” In July at the end of the 2017 fiscal year, the judicial budget had $8.5 million in carryover funds, up from a $1.2 million carryover the previous year.

“We had to evaluate what we were doing and determined that things not critical to our core mission as a court system must either be eliminated or substantially reduced,” he said.

Loughry said in the last year since he took over as Chief Justice, the court has:

* Reduced spending by more than $7 million.

* Eliminated nonessential positions and creating other needed positions as part of a significant Administrative Office reorganization that has been accomplished with the help of the National Center for State Courts.

* Reorganized the Probation Division and changing sexual offender supervision to ensure closer and more effective supervision as well as provide for efficiencies.

* Changed the Day Report Center billing system, which saved $100,000 in the first quarter after the change.

* Upgraded professional services appointments, invoicing, and procurement processes, and the funding structure of drug courts, which altogether have saved hundreds of thousands of dollars.

* Relied more heavily on state contracts, which has in a two months already identified savings of approximately $100,000 on copier contracts alone.

* Restructured the Law Library staff as well as eliminating seven underused regional law libraries at a savings of more than $200,000.

* Limited the appointments of Senior Status Judges in cases when a judge is recused, and instead, appointing sitting judges in the same or other circuits to hear the cases whenever possible, at no additional cost to the Court.

* Streamlined continuing education programs for judicial officers and their staffs, and exploring opportunities for online training and education for professionals throughout the court system.

Loughry noted that the court system also received the largest federal drug court grant in the nation last year of $1.4 million, which provides the opportunity to expand services. He also said the court is working on a statewide e-filing system, which will be essentially a paperless process.

“These examples, and there are many more, should make it abundantly clear that this has been a year of significant financial improvement within the judicial branch of government,” Loughry said. “Our reorganization has created a more streamlined system and a management team of legal, education, probation, technology, court services and finance that work together to ensure that we are able to do our job in a more effective and efficient manner.

“These changes will shape the future of this branch in ways that will provide more accountability and transparency, but also meet the needs and challenges of the future. This court is making significant changes with regard to how we do things, and these changes will benefit the court and the people of West Virginia for decades.”