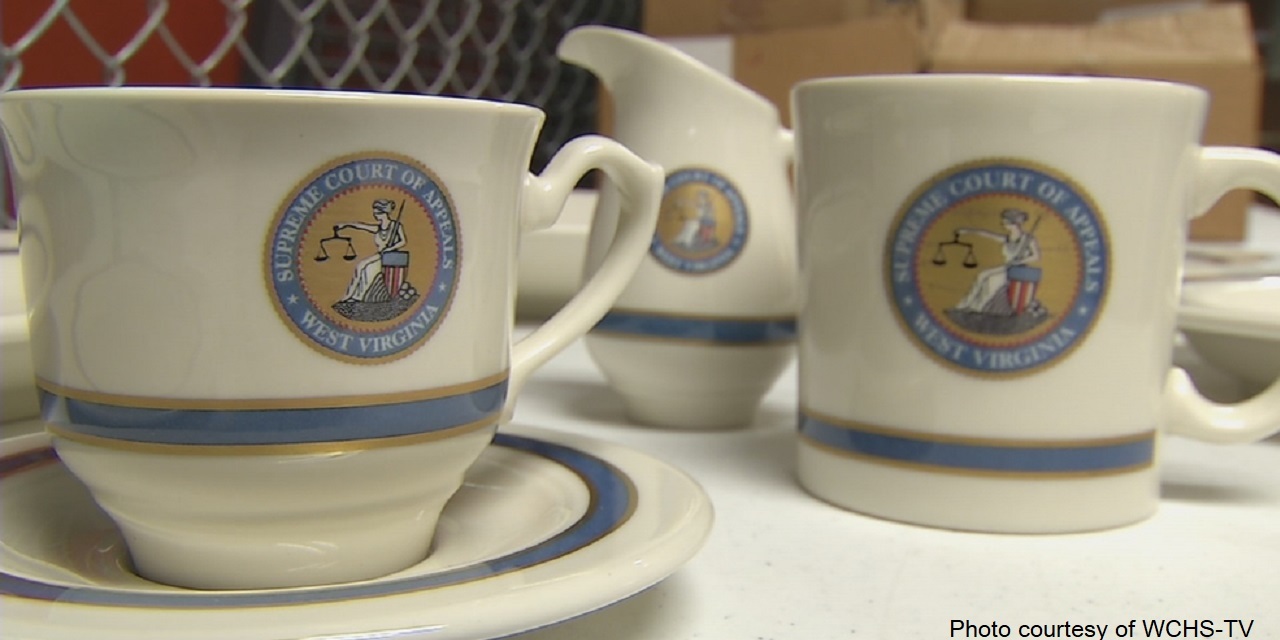 CHARLESTON – A 264-piece set of Homer Laughlin dinnerware featuring the West Virginia Supreme Court seal has been donated to the state Division of Culture and History.

WCHS-TV had filed a Freedom of Information Act request to learn more about the 12-place setting that cost $3,870 when it was purchased in 2012. Then, Supreme Court Administrative Director Gary Johnson issued a press release about donating the items.

Johnson said the purchase of the dinnerware was not needed.

“In reviewing the details of this purchase of several dozen plates, cups, mugs and platters with the court seal, we learned that the total spent on these items was $3,870," he said. “Most of the items have never been used.”

Johnson said he contacted Division of Culture and History Commissioner Randall Reid-Smith to determine if the state Culture Center at the state Capitol Complex might use the items.

"We are grateful to Commissioner Reid-Smith for accepting the dinnerware, and we are arranging for its immediate delivery so that it can be used by visitors to the Culture Center,” Johnson said in the release. “We are aiming in all that we do as a court system for 100 percent transparency and accuracy, which are essential ingredients to being good stewards of taxpayer funds."

In November, WCHS reporter Kennie Bass first detailed other state Supreme Court expenditures. Since 2009, court offices have undergone extensive renovations. The original price tag was about $900,000 for the first round of renovations. But it since has grown to more than $3.7 million and include more areas of renovations.

Chief Justice Allen Loughry has placed the blame for the expenditures on former Court Administrator Steve Canterbury, saying he was a “rogue employee” who hid the actual cost of the renovations. When Loughry became chief justice in January 2017, his first action was to fire Canterbury. Canterbury, on the other hand, has said he simply was following orders of the five justices.