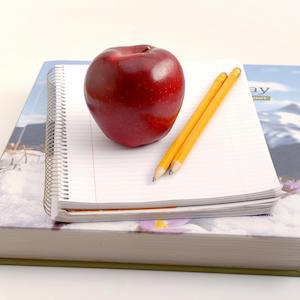 CHARLESTON – The West Virginia Supreme Court of Appeals has issued an order affirming the denial of a grievance filed by a former Barbour County teacher.

On appeal, Mayle argued that the circuit court erred in determining that her lack of certification as an Early Childhood Classroom Assistant Teacher permitted the employment of a less-senior aide with ECCAT certification for an ECCAT position.

Mayle was employed by Barbour County Board of Education as a special education aide during the 2014-2015 school year.

Due to a lack of need, however, Mayle’s employment was terminated at the end of the 2014-2015 year and her name was thereafter placed on the preferred recall list.

From July 14, 2015, to July 21, 2015,  the school board posted a notice of vacancy for the position of Early Childhood Classroom Assistant Teacher/Kindergarten Aide/Supervisory Aide/Transportation Aide.

The school board did not notify Mayle of this vacancy, and she did not apply. Nonetheless, due to her placement on the preferred recall list, she was considered for the position along with four other people.

On July 27, 2015, the school board appointed Sherry Jones to fill the posted vacancy, and at the time the appointment was made, Mayle did not hold an ECCAT certification, but Jones did.

On Aug. 4, 2015, Mayle filed a Level One grievance alleging a violation of West Virginia Code § 18A-4-8b(p), which requires that the school board notify anyone on the preferred recall list of position openings.

Following an evidentiary hearing, Mayle’s grievance was denied on the basis that any error in failing to notify her of the position opening was harmless because, even assuming notification had been provided, Jones would still have been appointed due to her superior qualifications.

“Upon review of the record before this court, we do not find that the circuit court was clearly wrong in discounting petitioner’s arguments concerning the effects of West Virginia Code § 18A-4-8b(d)(2),” the court wrote. “County school boards, in filling school personnel vacancies, must make decisions ‘on the basis of seniority, qualifications and evaluation of past service.’”

Because Mayle did not hold an ECCAT classification title, the Supreme Court found that the circuit court was not clearly wrong in determining that petitioner was simply not qualified for the posted position.

“We also find that the circuit court was not clearly wrong in concluding that ECCAT seniority accrues independently of aide seniority,” the memorandum decision states.