CHARLESTON – A Charleston attorney thinks the U.S. Environmental Protection Agency's newly proposed regulations could provide the energy industry with a much needed pathway to greater transparency.

“Under the new regulation, the underlying data for all scientific studies used by the EPA must be made publically available,” said Nicholas S. Preservati, co-chairman of the energy practice group at Spilman,Thomas & Battle. “Increased transparency and access to scientific data is essential for reproducibility and objective analysis.

"This process will subject studies relied upon by the EPA to the scrutiny of others who are experts in the same field. The American people have a right to understand how and why regulatory decisions are made.” 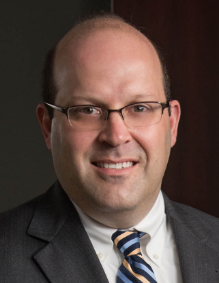 Under the new guidelines, all scientific data used by the EPA in formulating air and water regulations would also be made available to the public.

“The new regulation does not appear to be significantly different from the requirements of peer review, which require that the theories and underlying data be critiqued by experts in the field,” Preservati added. “It is shocking that critics of the new regulation want certain studies to be used to formulate federal law but do not want the data supposedly supporting those studies subject to public scrutiny. It is simply common sense; if the data cannot be scrutinized, the study cannot be relied upon.”

Flanked by a battery of Republican lawmakers and supporters, EPA Administrator Scott Pruitt recently announced the proposed changes at an agency headquarters gathering.

“The science that we use is going to be transparent, it’s going to be reproducible,” he told the New York Times.

Although critics of the move have vowed to challenge the measure in a court of law, backers of the plan, such as the chemical and fossil fuel industries and prominent climate change critics, all contend the regulations ensure that future EPA policies are rooted in science that can easily be verified by independent channels.