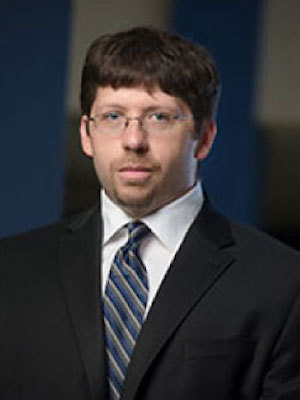 Brian Lego, a professor with West Virginia University's Bureau of Business and Economic Research, said there was a previous small shale boom from 2011 to 2015.

"If you step back and look at the industry, this is not a new thing," Lego said in an interview with the West Virginia Record. "The industry had a small boom in 2011-2015. Here, specifically in the state of West Virginia, the volume of gas that was extracted from the ground grew at a pace of 40 percent per year."

Lego said it was growing pretty rapidly even prior to what we are seeing now.

"But, it was done in a different fashion and the whole fracking boom and horizontal drilling change within the industry has opened up a lot of gas that would not have otherwise been recoverable—the Marcellus and Utica shales—that’s what’s been happening over the last decade or so," Lego said. "That’s why you’ve seen so much growth taking place. That’s what we’ve seen more recently with the state over the past decade."

Lego said rural areas with economies that were likely struggling before now have had this development take place.

"They’ve had growth and income thanks to royalties," Lego said. "They’ve had jobs being created. So, they have a lot of things that are in place now as a result of this gas production over the past several years."

Lego said pipelines are opening access to new markets both in the United States and internationally.

"What’s the next step beyond that? You have what’s called the upstream development that’s taken place over the past decade or so with respect to just drilling for gas and pulling the gas out of the ground," Lego said. "Then, you have the midstream, which is storage and movement through pipeline and whatnot. Then, you get to what is referred to as the downstream. That’s when you’re looking at the manufacturing sector or natural gas-fired power plants or some of these other industries that are making use of the resource and turning it into something else."

Lego said for the manufacturing sector, this would mean using the gas to break down the byproduct from the drilling, and turning it into things like ethylene and polyethylene.

"It’s not a matter of just drilling for the gas, and then piping it in and out of state," Lego said. "That provides jobs, economic growth and development, but you want to move beyond that process to make it even more of a value for the state."

Lego said that’s where the downstream comes into play.

"You can create these additional economic impacts in terms of manufacturing sector jobs and utility sector jobs by creating these downstream industries for the state," Lego said. "You increase the magnitude of impact from beyond just drilling for natural gas and moving it from point A to point B."

David McMahon, of West Virginia Surface Owners’ Rights Organization, said while the shale boom is good for mineral owners, jobs and the economy, it's not so great for surface owners.

McMahon said suddenly your land isn’t worth as much as it used to be and you can’t sell it.

"It was worth a lot before and you paid an amount for it and you’re maybe still paying it off and they’ve just devalued it, so it’s not worth as much. It’s not worth as much as it was now," McMahon said. "There’s enough money at stake here to do it right environmentally and to pay surface owners—not what the land used to be worth to the surface owners, but what the use of that surface is worth to the driller."

McMahon said if the mineral owners are getting something like 16, 18 or 20 percent, he thinks surface owners should get a percentage as well.

McMahon said studies were done that showed that surface owners needed more productions, but neither the Department of Environmental Protection or the state legislature have provided those additional protections.

"We’re glad if mineral owners have money and people are getting jobs, and the state gets an economy boom; but so far, surface owners have not gotten the protections they should get," McMahon said.