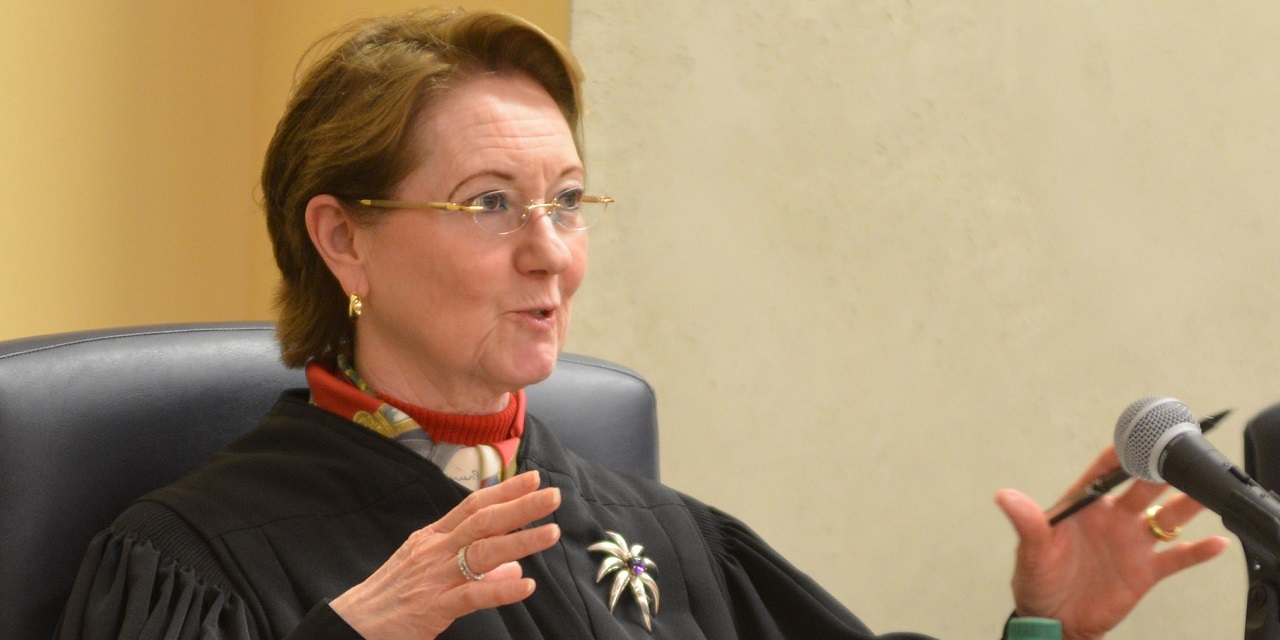 “After a thorough review of the documents from the investigation conducted by the Secretary of State's office, we believe there are serious unanswered questions regarding the connections between Supreme Court Justice Robin Davis and Michael Fuller,” Stauffer said. “Kanawha County Prosecutor Chuck Miller wrote in a letter to Secretary of State Mac Warner that the evidence shows that offenses and violations of the law likely occurred.

“The House Judiciary Committee has the authority and responsibility to investigate these matters since others have ignored serious ethical questions and alleged criminal activity.”

Fuller’s firm does work in West Virginia, primarily in nursing home cases. During the 2012 election cycle, Fuller and his firm had a nursing home neglect case before the state Supreme Court. Davis was chief justice at the time, and she later wrote the court’s 2014 decision that reduced the original $91.5 million verdict against Manor Care Inc. to $38 million. Fuller’s firm got $17 million of that.

Also, Fuller’s firm had purchased a Lear Jet from Charleston attorney Scott Segal, who is Davis’ husband, for more than $1 million.

Last year, WV CALA filed the election complaint with the Secretary of State’s office. It prompted an investigation and a referral to Kanawha County Prosecutor Chuck Miller’s office.

Rob Schulenberg is the assistant prosecuting attorney in Kanawha County who handled the matter, and he says he didn’t sit on the case.

“One of the things I can tell you is that after we received the referral from the Secretary of State’s office, I talked to Steve Connolly (Deputy Secretary of State and chief legal counsel for the office),” Schulenberg said. “I asked him if they had any inkling, any idea that Justice Davis has done anything wrong. He said no. At that point, if the investigative agency can’t say she did something wrong, I start looking in other directions.”

Schulenberg also said the timing of when his office received the referral was an issue.

“There is a five-year window on the statute of limitations with election misdemeanors, and the statute had run on many of the offenses,” he said. “And it was close on the others because it was all about the 2012 election.

“Plus, the witnesses who could testify were in the State of Florida. Some of them, we didn’t know exactly where we were. The records we would have needed would have to come from financial institutions that do not transact business in West Virginia. The bank records … that’s going to take research and time. Several banks, too. And, we would have to pay for that research in this instance.

“We would have had to commence proceedings here, but the problem is the extradition generally takes over 30 days. And, we had to consider where the events occurred. If the events occurred in Florida or North Carolina, we have no way to prosecute that here in West Virginia. Some of the charges that was contained in the referral from the Secretary of State’s office were forgery and uttering and falsifying an account. The problem is that if it forgery and uttering, it would have occurred in another state.”

Schulenberg said the information he received from Davis’s campaign matched what was on the checks involved.

“If there were a ‘straw person,’ by the time we would get that person to come to West Virginia to testify about that either before a grand jury or a criminal trial, the statute of limitations already would have run,” Schulenberg said. “The statute of limitations in West Virginia is only told by the filing of a criminal charge, unlike federal system. West Virginia never adopted the fraudulent concealment type of tolling. The clock starts ticking when the crime occurs.”

Schulenberg said he put in countless hours trying to find what he could.

“I worked hard at trying to finish this up,” he said. “But by the time we received the report, the limitation of action was just right around the corner or already passed. Then, there’s the money issue. Flying people in and out of Florida, Mississippi and other states, having to fly them here, house them, provide meals and everything. And then, they might plead the Fifth Amendment before the grand jury.

Schulenberg again denied WV CALA’s claim that the office “sat” on the investigation and decided to not present findings to a grand jury until the statute had passed.

“I’m bound not only by the statutes, but also by the rules of professional conduct,” he said. “As a lawyer, I’m bound not to present a case to a grand jury for charging unless I have probable cause. Was there enough to get an arrest warrant and extradite them? No.”

As for contacting Jim Cole, Davis’s attorney, Schulenberg said his office did so because he was dealing with campaign bank accounts.

“Ultimately, I contacted the law firm after Mr. Miller had spoken to them,” Schulenberg said. “I was the one who did most of the contact with the law firm in Washington. They agreed to provide us with the records of the campaign … documents showing the campaign finance statements, bank deposit slips, copies of checks, things like that. We confirmed what we could of them.

“It’s not unusual to contact a witness’s attorney when they are represented by counsel. We’re not allowed to contact a represented person because we can’t cause them to waive a right, even unknowingly.”

On Oct. 2, Schulenberg emailed Cole and said, “This office has received a FOIA from Citizens Against Lawsuit Abuse for information relating to the Secretary of State’s complaint made to us. Just thought I would give you a heads up.” Cole replied, “Thanks for letting me know. Under your FOIA will you be turning over anything?”

“We didn’t update them,” Schulenberg said. “When I was looking into the case, I called and got records from them. I probably made two or three phone calls or emails to get records.

“But, I can assure you this case was not treated as a fluff event. It was treated seriously. I spent a lot of time on it.”

Stauffer also called upon elected officials, candidates and the state Democratic Party to return nearly $90,000 in political contributions from Fuller and people connected to him by the Secretary of State’s investigation.

“As long as Justice Robin Davis sits on our state's highest court and refuses to answer questions about her relationship with Michael Fuller this cloud of questionable behavior will follow her,” Stauffer said. “Justice Davis was not the subject of the Kanawha County Prosecutors investigation, but throughout the entire process her high priced D.C. attorney was updated on everything by Kanawha County prosecutors.

“We encourage the House Judiciary Committee to investigate Justice Davis' connections to Michael Fuller. They should look at everything from his purchase of her husband's airplane to the alleged straw donations he arranged. In the meantime, Justice Davis should recuse herself from all cases before the Supreme Court of Appeals that involve Michael Fuller and his law firm.”

Last June, Connolly asked Miller’s office to look further into what he called “unlawful” bundling of campaign donations from Florida connected to Mississippi attorney Michael Fuller Jr. and business associate Steven Edwards. Miller responded last August, saying the five-year statute of limitations had passed or nearly passed on all of the donations. Miller’s office had looked at 17 $1,000 donation checks.

“The types of events described in the report constitute misdemeanor criminal offenses,” Miller wrote, adding that his office saw nothing that showed Davis or her campaign knew or did anything improper.

In December, Cole told The West Virginia Record he thinks it boils down to that what Miller said is right.

“There is no indication Robin Davis or her campaign did anything wrong,” said Cole, who works at Sidley Austin in Washington and was a deputy Attorney General under President Obama. “They had no idea this conduct was taking place.

“It’s not a Robin Davis issue.”

Documents show that Connolly went to Florida, but interviewed only one of six people whose checks were being investigated. Checks from 17 people from Florida and Mississippi were the focus of the initial examination. Two of them were written by Edwards’ wife, one being written under her maiden name.

In a recorded interview, Oscar Villanueva told Connelly that Edwards asked him to write a personal check to a West Virginia politician Villanueva didn’t know and told him Fuller would reimburse him. Villanueva and Edwards were business partners in a landscaping company in Plant City, Fla.

Documents released by WV CALA include official correspondences in which Warner and the State Elections Commission referred the findings of their investigative report into the contributions to Miller for presentation to a Kanawha County grand jury.

Records show Davis received more than $483,000 in total contributions for her 2012 race, including more than 300 checks for the maximum, many from practicing attorneys. She spent $1.29 million, loaning another $860,000 of her own money to her effort.

In a letter to Miller, Warner called the donations “a scheme orchestrated by Michael Fuller Jr. and Steve Edwards.”

“The records indicate that Secretary of State Mac Warner did his job and conducted a thorough investigation in short order,” Stauffer said. “The West Virginia State Election Commission was briefed on the matter during a June 27, 2017, emergency meeting and the matter was referred to Kanawha County Prosecuting Attorney Chuck Miller for presentation to the grand jury.

“The FOIA records do not show Mr. Miller conducting any interviews, requesting any documents from the cooperating witness, obtaining subpoenas for records or even if he complied with West Virginia law and presented the evidence to a grand jury.”