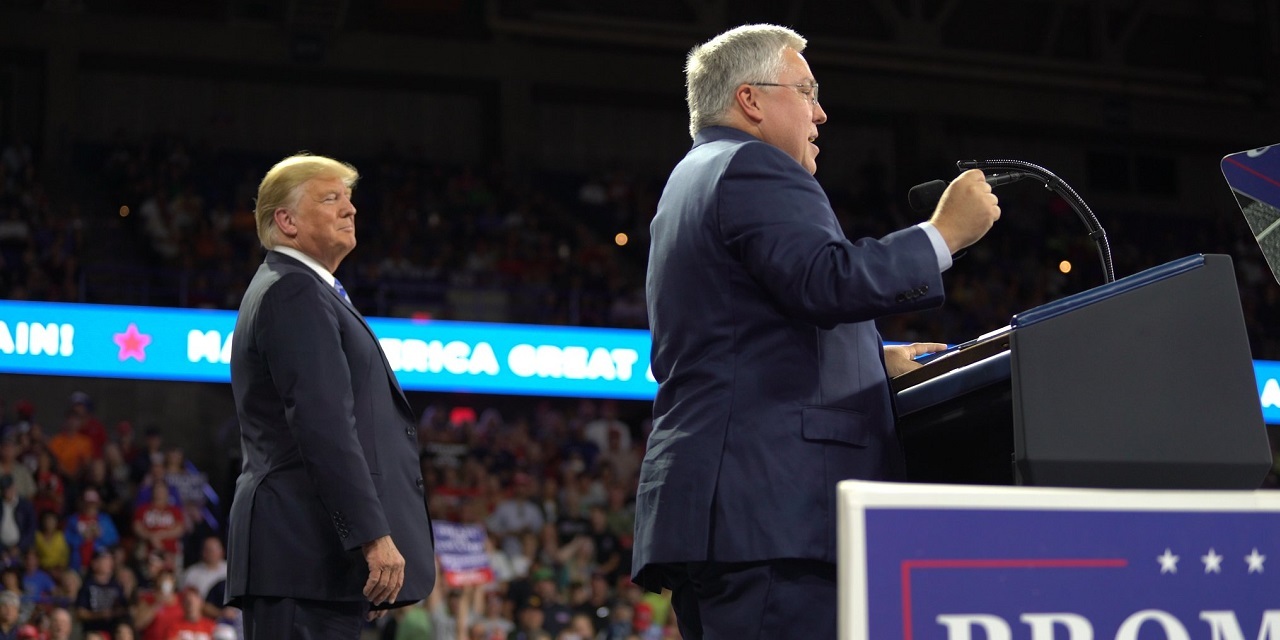 CHARLESTON – President Donald Trump made another visit to West Virginia as the Environmental Protection Agency proposed a rule to ease carbon emission limitations on power plants.

The EPA’s new Affordable Clean Energy plan, or ACE, replaces the Obama-era Clean Power Plan. It would allow states to set rules for how much carbon dioxide can be emitted from existing coal-fueled power plants. It was introduced Aug. 21 by acting EPA Administrator Andrew Wheeler.

“We love clean, beautiful West Virginia coal,” Trump said Tuesday night during his rally in Charleston. “We love it.”

He also said the plan would “help our coal-fired power plants and save everybody billions and billions of dollars.”

Morrisey hailed the proposed rule as a “victory for coal miners” and “a crucial step in restoring law and order” from federal overreach.

“The Affordable Clean Energy rule makes important strides in reversing the Obama-era power plan,” he said in a statement. “Our coalition will closely examine the proposal and continue to support President Trump’s administration in implementing this important change to protect West Virginia coal miners and those who depend upon their success.”

Trump praised Morrisey as the only choice in November.

“This November, voters in West Virginia will face a very simple choice,” the president said. “A vote for Patrick Morrisey is truly a vote to make America great again. He’s going to vote. And I like Joe, but Joe doesn’t vote. He just doesn’t vote for us. It’s a vote for Schumer, Nancy Pelosi, their new leader, Maxime Waters.

Trump said a vote for Manchin is a vote “for the party that wants to really destroy the coal industry.”

“There’s no worse nightmare for West Virginia, this November, than Chuck Schumer running the Senate and Nancy Pelosi, with Maxine Waters, running the House,” Trump said. “This is a great brilliant man, but Joe’s just not voting with us. He’s voting against your tax cuts, he voted against repeal and replace, he votes against the things that we want. And he votes against the people of West Virginia. You can’t do that."

Manchin did call the new proposed rule a step in the right direction.

“I support it 1,000 percent,” he said on MetroNews’ “Talkline” program, also calling the Clean Power Plan overreach. “Obama overreached. Obama and I fell out over this. I believe in an all-in energy policy.

“So, I agree. I agree with where the president’s going on this, and he knows that.”