CHARLESTON – Democratic processes hinge on fair and free elections that represent the people’s choices to lead.

Campaigns are mounted to share a candidate's message on how that candidate is best to share their interests in a position of influence.  Democratic processes function properly when choices are determined by the will of an informed electorate showing up on Election Day.

As candidates launch campaigns to promote their candidacy, access to information for those directly funding candidates are important for public transparency and to diminish any appearance of influence or corruption. 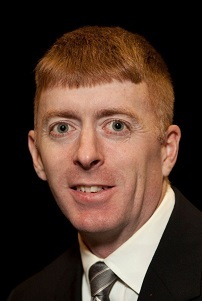 To this end, the West Virginia Secretary of State’s Office has been hard at work from day one to increase public access of candidate contributions, expenditures and the ease to summarize this data.

Sunshine is the greatest deterrent to corruption and the West Virginia Secretary of State’s Office is committed to make elections “Easy to Vote & Hard to Cheat” by increasing transparency in the elections process.  The ease by which the general public can access campaign finance reports has improved substantially over the last ten months thanks to the modernization effort of the Secretary of State’s Office.

Today, West Virginia is well ahead of the curve in online accessibility of financial contributions to candidates that report to the Secretary of State.  Beginning in the 2018 elections, all candidates for statewide offices as well as for state Senate, House of Delegates, Circuit Court, Family Court and Magistrate are required to file campaign finance reports online with the Secretary of State’s Office.

In 2017, Secretary of State Mac Warner challenged his Elections Division to redesign and implement a totally online Campaign Finance Reporting System (CFRS) with increased access of information to the public.  The primary goals of that challenge were (1) to provide an easy-to-use online method for candidates and committees to record all of their donations and expenditures, and (2) to provide greater transparency for the general public to review those donations and expenditures.

In addition to candidates, state law requires political action committees, political parties and those making individual expenditures in an attempt to affect the outcome of an election or ballot initiative to file campaign finance reports as well.

The result of that challenge produced one of the most transparent and easy-to-navigate Campaign Finance Reporting Systems in the nation.  Our Office encourages you to review the site and the candidate information provided at www.cfrs.wvsos.gov.

The timing of the information provided by the campaigns to our office is very recent.  All candidates and committees were required to file their First General Election Report by midnight on Friday, September 28th. Those reports will disclose all of the expenditures, donations and loans recorded between May 21, 2018 to September 23, 2018.

Transparency is a hallmark to fair and secure elections.  Our state’s new CFRS provides the general public with individual campaign totals, general expenditure types from all campaigns and a list of top contributors.  Should anyone question an expenditure or contribution to a campaign or committee we encourage feedback to our investigations division at 1-877-FRAUD-WV.

Flannery is Deputy Secretary and Chief of Staff in the West Virginia Secretary of State’s office.