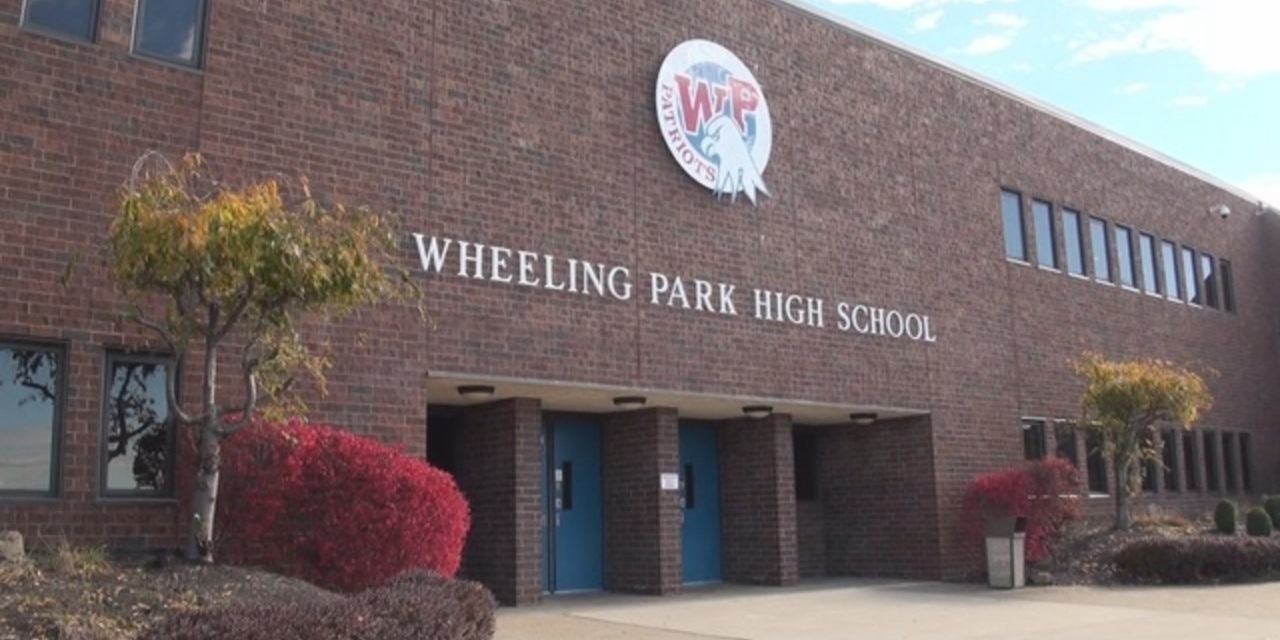 WHEELING – A Marshall County man who claims his former teacher sexually and mentally abused him for years has amended his lawsuit to include lab results showing she gave birth to the first of their four children who was conceived when the plaintiff was just 16 years old.

Christopher Birch filed his complaint April 4 in Ohio Circuit Court against the school board, Christine Carder and Elizabeth Harbert. The amended complaint, filed April 9, included redacted lab results showing the near certainty that he is the father of the oldest child.

"Plaintiff and B.H. (the first child) had a DNA test completed by Certified DNA Solutions, and the test results indicated he was 99.99 percent the father of B.H.," the amended complaint states. "Because plaintiff was born on December 4, 1990, and B.H. was born July 7, 2007, as a matter of indisputable fact, B.H. was conceived just before plaintiff turned 17 years old." 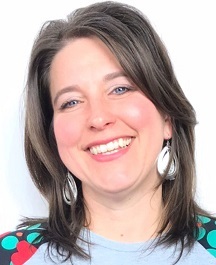 In a highly publicized lawsuit that already has drawn worldwide attention since it was first reported by The West Virginia Record, Birch says his relationship with Harbert started when he was her student in middle school and continued for 14 years. He also claims other school personnel, including a principal who now is a member of the Ohio County Board of Education, knew of the situation but did nothing to stop it.

In his complaint, Birch paints a picture of a relationship that is reminiscent of the infamous story of Mary Kay Letourneau, a Washington state teacher who pleaded guilty in 1997 to two counts of felony second-degree rape of a child, who was her 13-year-old student.

"When schools fail to protect students from sexual abuse by teachers, there must be public accountability," said Teresa Toriseva of Toriseva Law in Wheeling, who is one of Birch's attorneys.

Birch’s relationship with Harbert began when he was a 13-year-old student at Bridge Street Middle School. He was her student and a member of the track team she coached.

“He thought of her as a mom,” the complaint states. “She played dual roles of mother and guardian, teacher, coach and girlfriend.”

Over the next 14 years, Birch says he tried to leave Harbert more than 30 times, saying he did so recently when he “finally found the way forward that did not cost him a relationship with his young children.”

“A 14-year-old cannot consent to sex with his 28-year-old teacher guardian coach,” the complaint states. “The sexual abuse and assault continued for over a decade unabated, with Chris admittedly at times believing he was in love.

“The abuse was apparently widely suspected and known by the principal, teachers, parents and even other peers. Reports were made, the teacher was told of such reports, and the school took no meaningful action to investigate even in the face of a teacher who was recently divorced, now pregnant, coming to and from school every day with Chris, and other obvious possible red flags of abuse.”

According to the complaint, Birch was living with his grandmother during the 2004-05 school year when he was an eighth-grade student at Bridge Street. He never knew his father, and his mother struggled with addiction. During the school year, Birch began living with Harbert and her then-husband, who also coached the track team.

“Harbert was Chris’s science teacher at BSMS,” the complaint states. “She would help him, give him advice and guide him.

She began purchasing things for Chris, including shoes. He was struck by this because she would let him pick out any shoes he wanted, an option he had never had prior to this. By the end of the school year, defendant Harbert decided Chris would move in with her and her husband and she offered to him and her husband.”

One time during the summer of 2004, Birch says the first instance of sexual abuse occurred. He was in bed sick at Harbert’s home. He was 14, and she was 28. She had just been appointed his guardian.

“Harbert abused Chris, while Chris was in bed sick, with sexual petting and kissing,” the complaint states. “After that, the incidences of sexual contact increased and the first incident of sexual intercourse occurred in September 2004, after school.

“Defendant Harbert would regularly sleep in Chris’s bed when her husband worked overnight.”

Birch says Harbert’s husband at the time was a coal miner and worked shift work.

“Harbert would set a trap by the door so she’d have an audible warning of her husband coming in the front door (if unexpectedly) with his key, which would then presumably give her time to change bedrooms back to the master suite bed,” the complaint states.

The following school year, Birch moved on to Wheeling Park High School. Harbert transferred to work at the school as well.

“Chris was embarrassed and felt weird about her teaching at his new high school,” the complaint states. “Harbert claimed it was a better paying position even though she would no longer be coaching track and receiving no additional income.”

Birch says the first incidence of abuse by way of sexual intercourse occurred one September evening after school that year. Harbert took Birch to a drug store in Ohio so they wouldn’t be noticed buying condoms.

“After the sexual intercourse, Chris mentioned that he felt sad that he had lost ‘Liz’ as a mother,” the complaint states. “In response, defendant Harbert told Chris, then 14 years old, that, ‘He should just think of her as 70 percent mom and 30 percent girlfriend; no big deal.’

“As time went by and Chris progressed in high school, the percentages changed until she was ’70 percent girlfriend and 30 percent mom’ and then the concept faded away.”

During his freshman year, Birch was interviewed by a social worker for less than 10 minutes following a neighbor’s report that Birch might be being abused.

“Harbert counseled Chris on how to respond in the social worker’s interview, drove him to the interview, and for a couple of days, purchased and made him use Trac phones that were not traceable, for them to communicate,” the complaint states. “Chris was asked if he was having sex with defendant Harbert. He said no, one time, answered a few other basic questions, and left.

During Birch’s sophomore year, Harbert and her husband got divorced. She also told Birch she had stopped taking birth control because “she couldn’t afford it and that it was no big deal because she couldn’t get pregnant anyway.”

Early during his junior year of 2007-08, Birch learned Harbert was pregnant with their first child.

“Chris was hurt, scared, nervous and panicked,” the complaint states. “Chris started trying to distance himself from her and he tried to end the relationship with her.

“Chris started dating a girl his age but was followed, harassed, and otherwise relentlessly tormented by defendant Harbert and was not allowed to see his young baby without having a romantic relationship with defendant Harbert.

‘Defendant Harbert sat Chris down and said that he ‘had to be with her because that is what was right and that is how it should be.’

“Chris tried to attend junior prom but was harassed and harangued by defendant Harbert for going to prom with a girl his age (another student).”

“His senior year was filled with a baby in diapers, a girlfriend his age that he really liked and who felt mutually, and a teacher who would threaten that bad things might happen (loss of ability to see his son) if he broke up with her,” the complaint states. “Chris was stalked, harassed and followed by defendant Harbert when he tried to distance from Harbert. This was seen and known by various people who saw her presence everywhere Chris might be found.”

He again tried to attend prom.

“Harbert was furious and harassed and harangued him to the point that he had to shut his phone off completely overnight for incessant, non-stop ringing,” the complaint states. “Chris quit playing all sports as a senior – basketball, football, and track. He had played sports since seventh grade but felt that he had more ‘adult’ things to worry about.

As he was about to graduate, Harbert told Birch he wasn’t going to college but would work in the coal mine to “provide for his family.” He did that from age 18 to 23.

Harbert “groomed and brainwashed” Birch, according to the complaint.

“Each time, Chris was threatened that he would not be able to see his children for various reasons. In fact, each time Chris tried to break away from the dominion and control exercised over him, he was denied access to his children.

“Every time Chris tried to pull away from defendant Harbert, she would harass him, yell, scream, cry and throw fits.”

The complaint details an incident when Harbert dented Birch’s car by throwing a pumpkin at it and another when she rammed his car with hers to keep him from leaving.

“She told him who he ‘was allowed’ to spend time around, where he could go, how long he could be gone, where to work, what house to buy and more,” the complaint states. “Chris had to ask permission to play basketball with my friends.

Harbert taught at Wheeling Park until last August when she resigned to “avoid being taken out of school in handcuffs,” according to the complaint.

“No school official ever fully investigated or took appropriate action against defendant Harbert for her longstanding and apparently widely known illegal and immoral relationship with Chris Birch, her student, and a boy who thought of her as a mom,” the complaint states. “Further, defendants Harbert, Carder and the Ohio County Board of Education acted in concert with each other to conceal facts from plaintiff Chris Birch and the local authorities to prevent exposure and therefore, obstruct the prosecution of the sexual abuse.”

Carder was the principal at Wheeling Park when Birch was a student. She now is a member of the Ohio County Board of Education.

“Parents of students and relatives of Chris contacted the school to report their concern that Chris was being sexually abused by a teacher,” the complaint states. “The school interviewed defendant Harbert but never interviewed Chris. Chris only learned about these reports after he left Defendant Harbert in 2018.

“All of the above caused him to be under such duress as a minor that even after reaching the age of majority, he was still under a mental disability as to his relationship with defendant Harbert such that he was unable to make an objective evaluation of the situation and his rights regarding the ongoing sexual assaults against him.”

Birch accuses the defendants of negligence, negligent infliction of emotional distress, civil conspiracy and fraudulent concealment, saying they all willingly and knowingly conspired to cover up reports and red flags about Harbert’s abuse. He accuses the school board of vicarious liability and negligent retention, hiring and supervision. He accuses Harbert of sexual assault and harassment at school and school events. He also accuses the defendants of wrongful birth based on the “open secret” that Harbert was having an inappropriate sexual relationship with him.

Both Birch and their first child together, identified only as B.H., are listed as plaintiffs. Birch is listed as the father on the birth certificates of the three youngest children, but not on the one for B.H.

He is being represented by Toriseva and by Shari McPhail of McPhail Law in Wheeling. The case has been assigned to Circuit Judge Jason Cuomo.