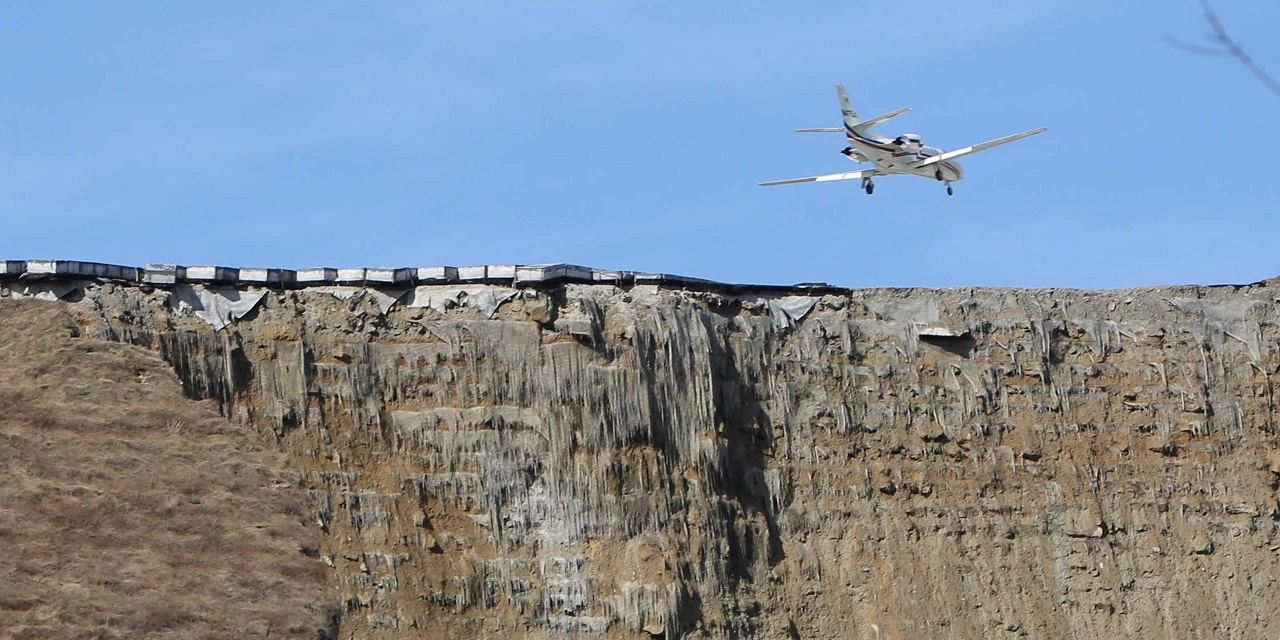 CHARLESTON — A settlement was reached last week between Yeager Airport and construction companies that played a part in the man-made hill that collapsed in March 2015.

The airport was awarded $14.8 million in the settlement, of which it will receive $8.3 million after fees and reimbursements.

The airport's finance committee will use the bulk of the money to pay down debts it incurred from attempting to raise the money to mitigate property damage claims by citizens that lived on Keystone Drive when they collapse occurred.

When the collapse occurred, the airport authority launched a self-financed program instead of waiting to see if federal disaster funds or insurance payments would help property owners.

With the settlement, the airport's finance committee wants to use $6 million to pay down a loan with Summit Bank that was for the cleanup effort; use about $150,000 to reimburse National Union Fire Insurance Company; and put $1 million into a settlement fund for future Federal Aviation Administration grants, according to The Charleston Gazette-Mail.

The recommendations will be voted on May 24.

“We’re just glad to get this behind us," Hill said, according to MetroNews. "The litigation is entirely over. We did not have to go to trial. There are no appeals. The settlement takes the uncertainty out of it and we are looking forward to further enhancing this airport in a very big way."

In March 2015, more than 100 homes were evacuated after a large portion of the hillside slipped into Two Mile Creek. One home and a church were destroyed and many others were damaged by flooding.

In May 2015, Yeager Airport filed a lawsuit against 20 companies involved with the design and construction of its runway extension project, alleging negligence and breach of contract.

The airport claimed the runway extension and the man-made hillside that supported it were improperly designed, improperly tested, not properly inspected and not properly monitored.

Several lawsuits were filed by residents against the airport for the landslide. Those cases were referred to the Mass Litigation Panel earlier this year.

In May 2015, the airport's board received $6 million to dispatch to residents affected by the landslide, $5.5 million of which was from Summit Bank, while $500,000 was from the Kanawha County Commission.

In the mass litigation, a hearing was held on Nov. 30 and an order was filed regarding rules that were issued during that hearing.

The judges in the Mass Litigation Panel found that Travelers Indemnity Company owed a duty to defend Triad Engineering Inc. in the matter, according to an order obtained by The West Virginia Record.

"It is black letter law that the duty to defend is broader than the duty to indemnify," the order states.

Want to get notified whenever we write about Powell and Majestro ?

Sign-up Next time we write about Powell and Majestro, we'll email you a link to the story. You may edit your settings or unsubscribe at any time.