Tarr says WVEA's lawsuit is not what the people want 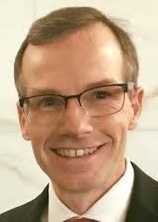 CHARLESTON — State Sen. Eric Tarr (R-Putnam) believes the West Virginia Education Association's (WVEA) threat to sue the state over the Legislature's passage of the education reform bill last month is proof that the agency is not the will of the people.

"The WVEA leadership still has not figured out that their voice is not the will of the people," Tarr said in a statement provided to The West Virginia Record. "Their voice is that of a professional association that fancies themselves as a labor union. They are an association that has held their foot on the throat of Democrat lawmakers for decades, exercising power over the House and Senate Education Committees."

Tarr said the exercise of that power has neither yielded a top-notch education or the career satisfaction of its "liberal teacher membership."

"The Republican legislature has said, 'Enough!'" Tarr said. "The WVEA cannot handle losing that stronghold on a legislature leadership and now takes acts of desperation in hopes of finding a liberal court to exact their will."

Tarr said the education reform bill that was signed into law by Gov. Jim Justice in June will invest $134 million dollars per year into a broken education system, without raising taxes.

"In my Senate District alone, consisting of Putnam, Jackson, Mason and Roane counties, the education system will receive an increase of $10 million per year," Tarr said. "Let that sink in. Over the next 10 years, there will be an increase of $100 million spent on educating West Virginia children in those counties alone. If the WVEA succeeds, this and much more is lost."

West Virginia is currently ranked between 37th and 46th in proficiency in fourth and eighth grades in reading and math, according to Tarr. He believes the state's education system needs disruptive change.

"While the final bill is only just a start in the right direction, HB 206 provides that path to change," Tarr said.

The bill makes 47 changes to the school system, including decentralizing control from the State Board of Education to the local level via block grant funding; permitting county boards of education to enter into charter agreements with non-profit entities who want to provide "out of the box" education services; funding for services and personnel for direct emotional and social support for at-risk students such as counselors, psychologists and nurses; increasing the teacher compensation package and associated retirement; providing the ability for boards to adjust individual teacher compensation according to level of expertise and market demand rather than across the state salary equity; and removing the random selection requirement for reduction in force with requiring that reductions in force be based on qualifications set by board policy.

"The WVEA does not want your local and state elected officials to set policy for education," Tarr said. "The WVEA wants to set the policy. The lawsuit put forth by the WVEA is no surprise. In fact, it is consistent with their attempts to preserve their power that has been part and parcel to an antiquated education system surpassed by at least 82 percent of the rest of the country. They are much more concerned about their power than your child’s education."

The WVEA announced its plan to sue the state over the education omnibus bill earlier this week. The agency sent notification to West Virginia Attorney General Patrick Morrisey on July 10.

WVEA President Dale Lee said in a statement that while the WVEA is opposed to the legislation on principle, it has always held that House Bill 206 and its previous versions violated provisions of the state's Constitution.

"In our Intent to sue notice we have listed what we believe are a number of constitutional violations," Lee said. "Those include: the ‘single object’ provision of bills; the ‘thorough and efficient’ public education requirement; the establishing of new boards to govern charter schools; the lack of voter approval for a number of things associated with charter schools; and the ‘void of vagueness’ doctrine."

"While we certainly respect the WVEA’s right to take its grievances with education reform to a court of law, I’m extremely disheartened by this action," Carmichael said. "The WVEA is an organization that claims to represent the interests of teachers, yet it has now started a process that puts at risk millions of dollars directly to county school systems and a second consecutive year of 5-percent raises to teachers and service personnel."

The bill includes a variety of proposed changes to the state's education system, including pay raises, charter schools, increased support personnel for schools, open enrollment, incentives to fill in-demand positions and financial support for small or struggling counties. Justice signed it into at the end of June.

The bill allows for three charter schools to begin in West Virginia and for three more in 2023. After that, three more can open every three years.

The WVEA's letter of intent is required under state law before WVEA can file an actual lawsuit against the state. The state requires a 30-day notice before a lawsuit can be filed.