Another lawsuit filed against Bransfield for sexual harassment, assault 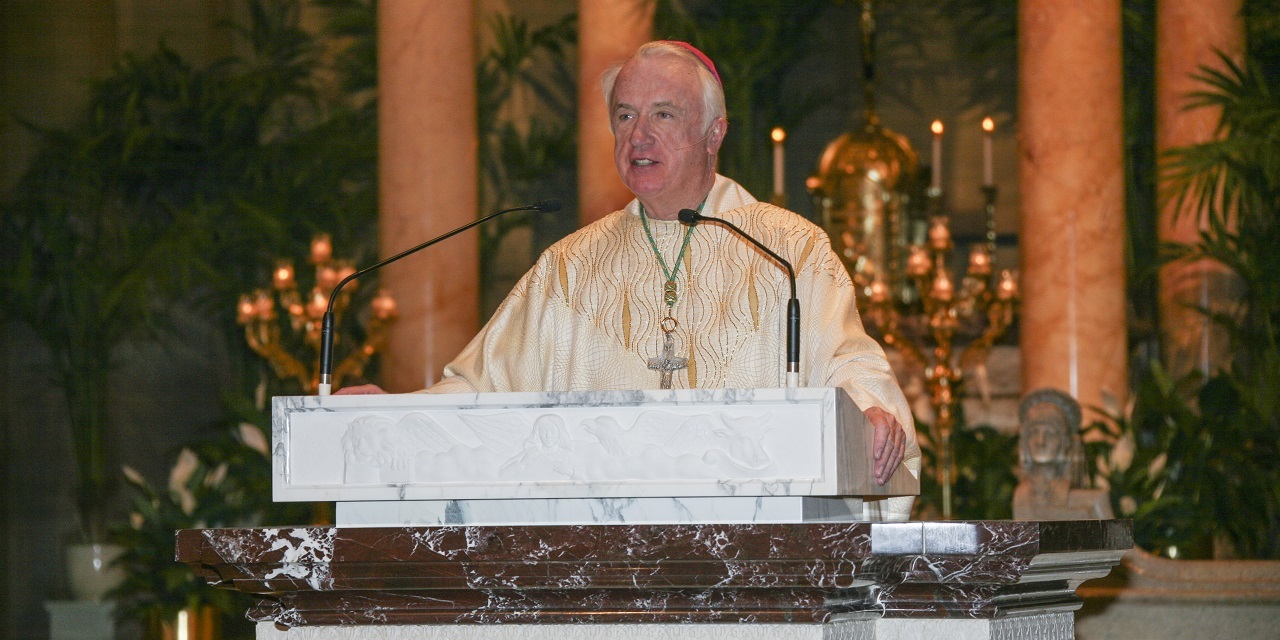 WHEELING — A new lawsuit was filed against the U.S. Conference of Catholic Bishops and a former bishop over accusations of sexual harassment.

The Diocese of Wheeling-Charleston also was named as a defendant in the suit.

V.G.D. filed the lawsuit earlier this month against the organizations and the former bishop in Ohio Circuit Court.

V.G.D. was raised Catholic and went to Catholics schools throughout his life, as well as a four-year Catholic university. While V.G.D. was in seminarian training, he met Bransfield.

The plaintiff was asked to serve as Bransfield's traveling assistant in December 2017 and went with him for a trip to Washington, D.C. and to the Eastern Panhandle of West Virginia.

While on the trip, Bransfield repeatedly and inappropriately caressed and stroked V.G.D., kissing him on the face and mouth, according to the suit.

V.G.D. claims in March 2018, Bransfield plied V.G.D. with alcohol, touched him inappropriately, kissed him and subjected him to pornographic images on two occasions.

When V.G.D. received a request to spend several days in May 2018 with Bransfield, he politely declined due to his previous experiences with Bransfield on overnight requests, however, he was later informed it was not a request and was "basically an expectation," according to the suit.

V.G.D. claims after telling Bransfield "no," Bransfield and his subordinates overrode his decline of the request and instead mandated him "spend the night with serial sexual predator Bishop Bransfield."

"As this explicit override of V.G.D. came during an already extremely stressful time of V.G.D. trying to meet all of the seminary and Bishop Bransfield's requests...V.G.D. escaped Bishop Bransfield's seemingly all-encompassing control and exercised some agency of his own in the only way it seemed at the tie like he could, by acting out in distress—failing two of his classes, self-sabotaging his application to the seminary in Rome, and withdrawing from the priestly formation process," the complaint states.

V.G.D. claims despite the public invitation by the Diocese of Wheeling-Charleston inviting anyone who was victimized by a priest to come forward, he has been met with hostility in his attempts to communicate with the investigator regarding the abuse he suffered at the hands of Bransfield.

V.G.D. claims he suffered sexual harassment and assault at Bransfield's hands and the defendants were negligent in their conduct.

V.G.D. is seeking compensatory and punitive damages. He is represented by Robert B. Warner of Warner Law Offices in Charleston.

"It is unfortunate that the Catholic church, including the Diocese of Wheeling-Charleston, can’t police their own bishops and continue the culture of coverup," Warner said in an interview with The West Virginia Record.

Warner also represented the plaintiff in another case against Bransfield that was settled in August with similar allegations. Warner said a financial settlement was reached in that case between the parties.

"Considering the role played by Archbishop (William) Lori in this case and the last case our firm filed, how is he selected by the Catholic Church to speak on the sexual abuse crisis last week at Notre Dame University?" Warner asked.

Pope Francis asked for an investigation into Bransfield's alleged sexual harassment of adults and a report was released in March.

West Virginia Attorney General Patrick Morrisey has also filed a lawsuit against the Diocese. Morrisey called for transparency in the Diocese during the investigation.

“The Diocese’s motion to dismiss is yet another attempt to duck our calls for transparency,” Morrisey previously said. “Our response proves the strength of our case and why it should be decided in court. The decades-long pattern of cover-up and abuse must end and public trust must be restored.”

The case is assigned to Circuit Judge Jason A. Cuomo.