Lawsuit filed against drug manufacturers over babies addicted at birth

CHARLESTON — A lawsuit was filed against drug manufactures by the guardian of an infant who was born addicted to opioids.

"It’s also common knowledge that West Virginia leads the nation in non-parents, either grandparents, legal guardians or someone other than natural parents raising children who are born addicted," New said in an interview with The West Virginia Record. "My law firm and the team of lawyers I work with are honored to be at the forefront of representing these innocent victims—the children born addicted to these opioids in this struggle against these large corporations." 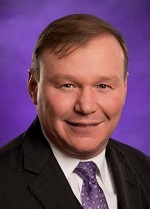 In the lawsuit, Stacey Harris is suing on behalf of an infant she cares for, known in the complaint as N.M.B. The complaint was filed Sept. 30 in U.S. District Court for the Southern District of West Virginia.

When N.M.B. was born, the infant was diagnosed with Neonatal Abstinence Syndrome (NAS) and suffered from the moment the infant was born due to withdrawal from the opioids they were exposed to during pregnancy, according to the suit.

"Baby N.M.B.'s experience is part of an opioid epidemic sweeping through the United States, including West Virginia, that has caused thousands of infants great suffering and continuing developmental issues," the complaint states. "This epidemic is the largest health care crisis in U.S. history."

Harris brings the suit to eliminate the hazard to public health and safety caused by the opioid epidemic and to abate the nuisance caused by the defendants’ false, negligent and unfair marketing and/or unlawful diversion of prescription opioids.