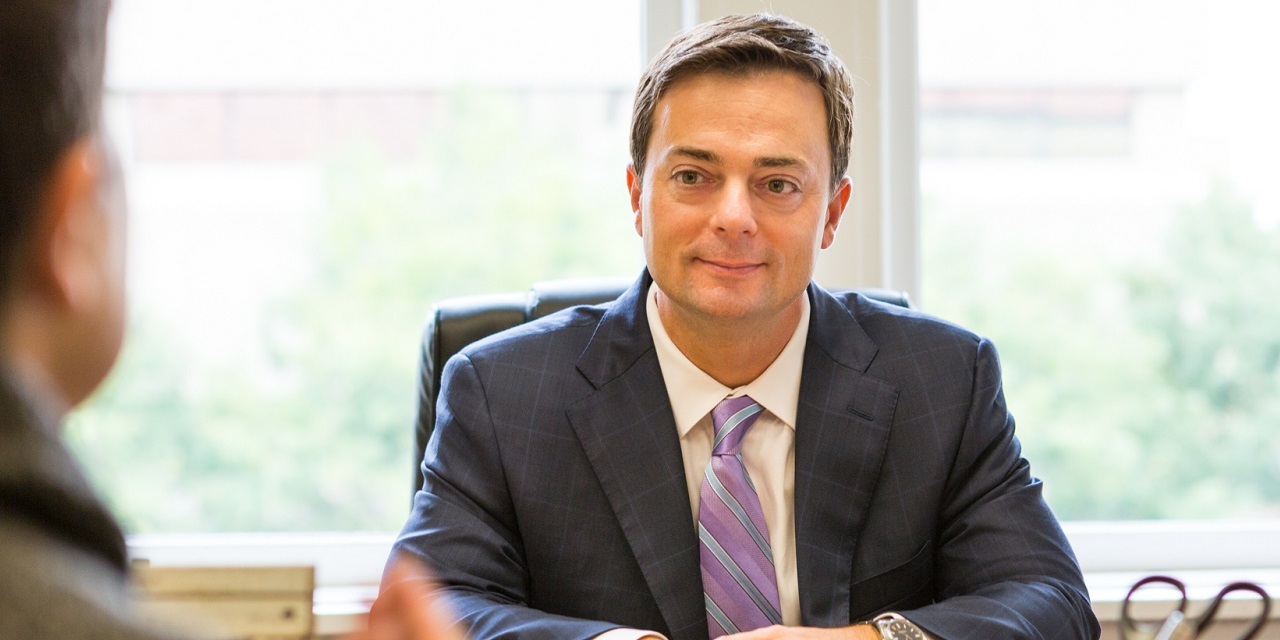 CHARLESTON – Kanawha County Commissioner Ben Salango has thrown his hat into the ring for the 2020 gubernatorial race.

Salango, a Democrat, made the formal announcement Oct. 10 in Charleston, where his law firm Preston & Salango is located.

“We need a governor who actually wants the job rather than the title,” Salango told The West Virginia Record, referring to criticisms of current Republican Gov. Jim Justice, who he says is “buried in controversy, lawsuits and ethical scandals.” “My experience in Kanawha County, both creating jobs and spurring the economy, led me to the decision that I could do it on a larger scale as governor.

“We can’t run the same playbook we’ve been running since 1950 to create a 21st century economy.”

Salango said he had people reach out to him from all parties encouraging him to run.

“I’ve had hundreds of calls and messages asking me to get involved,” Salango said. “Everyone says there is a void in the Democratic Party in West Virginia that I could fill as a job creator and a moderate.”

“We also need to focus on small businesses. It’s nice to bring in big companies, but these small ones often are ignored.”

Salango also said he has a plan to combat the “major problem” of opioids and illegal drug in the state.

“We have to shut down the pipeline and take on the pharmaceutical industry to make sure it ends," he said.

He also said the state needs to make tourism more of a priority.

“I am focused on tourism,” Salango said. “There is a lot more we can do in the state, in our panhandles particularly. Also, in southern West Virginia and the coalfields. There are so many opportunities that haven’t been tapped into yet. We’d have immediate results.”

Salango also addressed a press release issue Oct. 11 by the state Republican Party calling on the Charleston Gazette, The (Huntington) Herald-Dispatch and other media outlets to disclose in all applicable news stories that Salango is part owner of HD Media.

“Whenever the Gazette and other HD media outlets cover the 2020 campaign or related matters, reporters and editors must disclose their relationship with Mr. Salango. Again, this must be done in every relevant story, not when they feel like it. This is especially important given the Gazette's purported interest in transparency and fairness.”

Salango noted that, as far as he has seen, the Gazette and the other HD Media outlets have been doing just that.

“Yes, a group of investors, including me, bought the Charleston Gazette-Mail out of bankruptcy to preserve jobs and local journalism,” Salango told The Record. “That’s why we bought the Gazette-Mail and, eventually, merged it into HD Media. Whenever I’m mentioned in a news story, they disclose I’m an investor. I think the GOP press release was a bit misguided.

“I also find it almost comical that Jim Justice would launch criticism about conflicts of interest.”

Salango graduated from West Virginia University and the WVU College of Law. He grew up in Raleigh County. He co-founded his law firm in 2006. In 2017, he became a county commissioner. He and his wife Tera, a Kanawha Circuit judge, live in Charleston with their two sons.