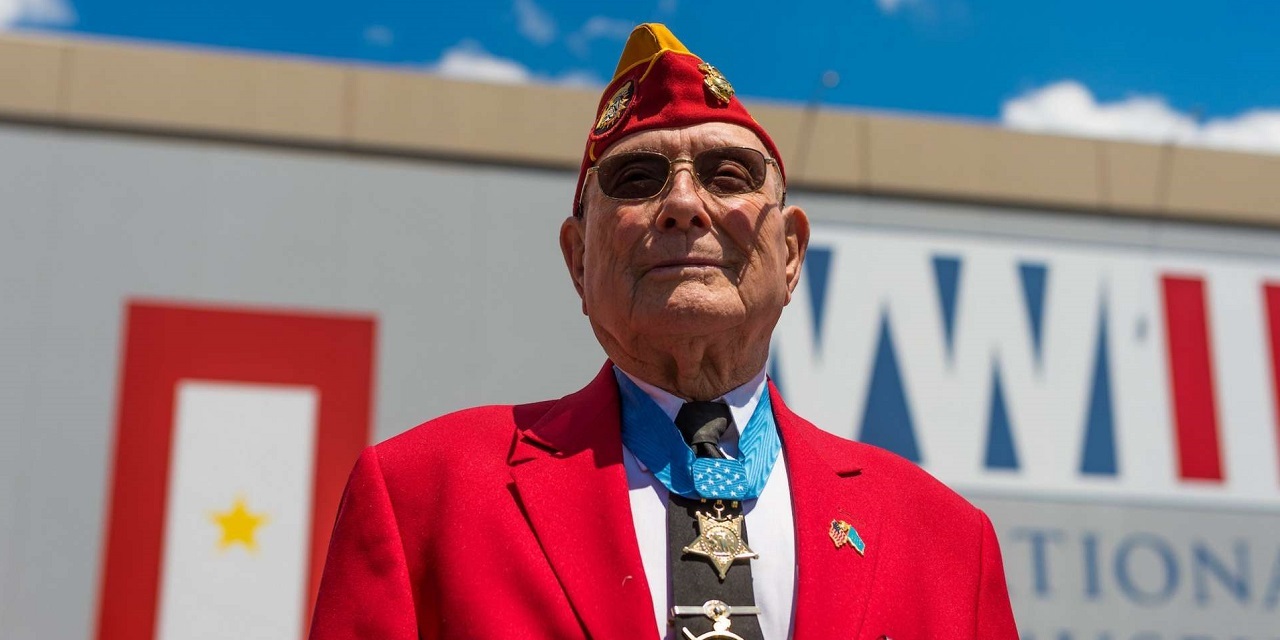 HUNTINGTON — The defendant in the lawsuit filed by Hershel "Woody" Williams filed a motion to dismiss in the case against him, arguing that Williams' claims are meritless.

Bryan Mark Rigg filed his response to Hershel's lawsuit today, claiming as an accomplished historian, he had spent the last four years working on his newest book that covers the Pacific campaign in World War II.

"Plaintiff, a historical figure, is featured in the book and has been interviewed by Mr. Rigg numerous times," the memorandum in support of the motion to dismiss states. "While Plaintiff initially welcomed the attention, after several years of work on the book he began to demand monies."

Rigg claims as that topic was being discussed and written contracts were exchanged, Williams became aware that Rigg’s historical research was revealing "some previously undiscussed aspects of his life and service" and, after Rigg refused to ignore the documented facts, Williams filed the lawsuit to prevent the book from being published and "hide the truth," the memorandum states.

Rigg contends that Williams' claim fails as a matter of law and that his claim for harm to his right of publicity is inapplicable to historical biographies.

Rigg called Williams a "living legend" in the memorandum, stating that he was pleased to meet him and interviewed him several times for his book.

While researching the book, Rigg interviewed 56 subjects, including Williams and traveled around the world locating primary source material on the war.

Rigg claims Williams suggested he interview Cpl. Darol E. “Lefty” Lee, who Williams claimed was a witness to all his heroic acts on Iwo Jima, so Rigg interviewed him several times.

However, Rigg argues, while doing research, he discovered that Lee had lied about his experiences on Iwo Jima and never witnessed anything Williams did while fighting on the island because Lee was aboard the USS Bayfield being treated for "combat fatigue/shell shock" on the day in question, the memorandum states.

"In fact, Mr. Rigg’s discovery helped the World War II Museum stop a historical documentary it was about to do about Plaintiff and Cpl. Lee once they saw that Cpl. Lee was a 'Stolen Valor' case who lied about his combat experiences," the memorandum states. "This is just one example showing why Mr. Rigg insists on first-hand evidence and has earned a reputation for finding information and separating fact from fiction."

Rigg claims when he informed Williams and Williams' family of the possibility of the book being quite successful and that he would like th donate some of the proceeds to the plaintiff's charity, the Hershel "Woody" Williams Medal of Honor Foundation, the entire tenor of the conversations between both parties shifted.

Rigg contends he discussed the issue further with Williams and explained it would be extremely unorthodox for a historian to share book proceeds with the subject of the book because it could lead to accusations that the book was not historically accurate, however, he told Williams he was willing to discuss an agreement whereby royalties from the book could be shared with Williams' foundation and used to honor Gold Star Families after expenses were recuperated.

Williams and Rigg, through Rigg's attorney and Williams' grandchildren, went back and forth attempting to come to an agreement, but by March 2018, an agreement had not been met.

Negotiations finally broke down and all offers were withdrawn on March 7, 2018, and by mid-May of that year, Williams and his grandchildren began to threaten legal action, Rigg claims.

"One of Plaintiff’s grandsons demanded that Mr. Rigg sign a contract or he would make sure the book was never published and would tell everyone that Mr. Rigg was a liar," the memorandum states. "When rebuffed by Mr. Rigg, Plaintiff contacted Mr. Rigg’s then-publisher and stated he would sue them if any book was ever published without compensation to Plaintiff. That publisher, unwilling to face suit, withdrew from its contract with Mr. Rigg."

Williams, a World War II veteran and Medal of Honor recipient, filed the lawsuit in May against Rigg and his unknown publisher to stop the book from being published, claiming it was inaccurate.

In July 2016, Rigg visited Williams in West Virginia and gathered basic details and information from his family about his personal life and traveled to several locations throughout the state with him.

In February 2017, Rigg met with Williams again to discuss terms of their collaboration and the parties agreed that Williams would provide Rigg with personal information about his life and military service; that the information in the book would be factual and pertaining to Williams; that both Williams and Rigg would have input into and authority over the content of the book; that Rigg would conduct necessary research for the book; and that the parties would equally share the proceeds from the book, according to the suit.

Williams claims the book was to be unique and focus on the “untold” story of his life and military service and, based on that agreement, he provided Rigg with information about his life and experiences, including personal and untold stories, anecdotes, recollections and memories.

In early 2018, a draft of the book was completed and additional revisions and edits were made, according to the suit. Williams also provided Rigg with personal items he could borrow while writing the book.

Williams claims it was around that time that a deterioration of his and Rigg’s relationship occurred, resulting in a “significant breakdown in communication” between the two.

Despite Williams’ requests, Rigg stated he fully intended to publish the book and has refused to provide a copy for Williams to review.

Williams is a Medal of Honor recipient after his service during World War II in Iwo Jima. He is one of only three living veterans to receive the honor in World War II.