CHARLESTON – A member of the House of Delegates says he is shocked by the state Department of Health and Human Resources’ decision to choose a Washington, D.C., law firm to handle a federal class action lawsuit regarding the state’s foster care system.

The department, however, stands by its decision.

“While I am still reviewing the documents in detail, I must say that I am astounded at what I have found so far concerning the hourly rates of the firms that responded to the request for proposals in this case,” Delegate Brandon Steele (R-Raleigh) said Nov. 18. 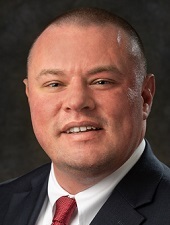 Steele, who also is an attorney, had requested documents and information from the DHHR earlier this month about the selection process to have Brown and Peisch represent the state at a rate of $575 per hour. Bid documents show three in-state law firms made less expensive bids to do the work.

On Nov. 14, Steele received the documents from the DHHR. Five law firms submitted bids. Brown and Peisch’s bid was for $575 per hour. Barnes and Thornburg from Indianapolis submitted a bid for anywhere from $675 to $495 for member attorneys and $225 to $395 for paralegal support and associates. Bailey & Wyant in Charleston bid at $200 per hour. Pullin, Fowler, Flanagan, Brown and Poe bid at $225 per hour. Hissam, Forman, Donovan and Ritchie bid at $260 per hour.

“Of note to me is not only are the West Virginia firms significantly below the cost of the Brown and Peisch firm, but all three are highly qualified to handle this litigation,” Steele said. “Several have represented DHHR in the past and achieved favorable resolutions for the state, and all three have significantly larger staffs that are better equipped to handle class action cases within the state of West Virginia.”

When asked to respond to Steele's concerns, the DHHR issued a statement.

"DHHR stands behind the decision to hire Brown & Peisch, PLLC to defend the Department in the case," the department said. "The track record of Brown & Peisch PLLC was seriously considered as this firm defended DHHR on another highly complex class action lawsuit and saved the state of West Virginia millions of dollars.

"The state reviewed all of the bids submitted, and Brown & Peisch was the only firm to address all criteria listed in the request for proposal established by the West Virginia Attorney General’s Office."

Those criteria were to have expertise in the following categories: child welfare systems; Child and Family Service Reviews conducted by the Children’s Bureau, an office of the Administration of Children & Families; title IV-E of the Social Security Act; litigation involving child welfare systems; substantive due process under the United States Constitution; First, Ninth and Fourteenth Amendments to the United States Constitution; the Adoption Assistance and Child Welfare Act of 1980; the Americans with Disabilities Act of 1990; the Rehabilitation Act of 1973; and federal class action litigation.

Curtis Johnson, spokesman for Morrisey's office, explained what the office does in these instances.

“We take seriously the client’s perspective, in this instance that of DHHR, on which firm should be involved in staffing a particular matter," Johnson told The West Virginia Record. "When outside counsel is sought, there is always an effort to ensure the firm chosen has the requisite technical expertise in the specialized area of law that is in dispute, and this is a very technical and specialized area of law.”

“I am severely disappointed in the myopic selection process displayed by the DHHR’s internal communications, which reveal precious little concern for the significant costs this case could present the state at $575.00 per hour, as well as travel costs associated with utilizing an out of state law firm,” Steele said. “In fact, it is so myopic that it begs the question of what rational person would spend three times the public funds on out of state representation on a firm that is not even peer rated?

“Why would the DHHR secretary select this firm at this inflated price when highly rated, highly capable, larger firms are offering to handle the litigation at almost one-third of the cost? The people of the state of West Virginia demand these answers.”

“At a time when we are seeking to reduce our state’s budget by almost 5 percent due to budget shortfalls, Secretary Crouch’s office has demonstrated a considerable lack of budgetary restraint,” Steele said. “This decision could cost our state millions of dollars in unnecessary legal fees paid to beltway insiders with no ties to West Virginia – let alone a West Virginia law license.”

Steele said he plans to talk to Morrisey and Gov. Jim Justice – both fellow Republicans – about the matter, as well as DHHR Secretary Bill Crouch.

“I want to encourage them to select any of the capable West Virginia firms that bid on this representation at a much lower cost, and hold the unelected bureaucracy that is DHHR accountable for the flagrant malfeasance demonstrated by this decision,” Steele said. “It is incumbent upon the executive branch to control wasteful spending and prevent the kind of government largesse demonstrated by the DHHR in this instance.

“I do plan to prepare follow-up requests to the DHHR secretary concerning this matter. I simply cannot accept the rationale put forth by the secretary, through his proxies, in the media concerning the selection of Brown and Peisch in this matter.”

Last month, U.S. District Judge Thomas Johnson gave the state an extension to respond to the lawsuit filed earlier in October alleging it has neglected more than 6,000 children in the state foster care system. The state has until Dec. 2 to respond to the lawsuit filed by A Better Childhood, a national advocacy group for children; Disability Rights West Virginia, a statewide disability rights organization; and the law firm of Shaffer & Shaffer PLLC. The complaint says the state has failed to provide necessary services to protect all of the children in state custody.