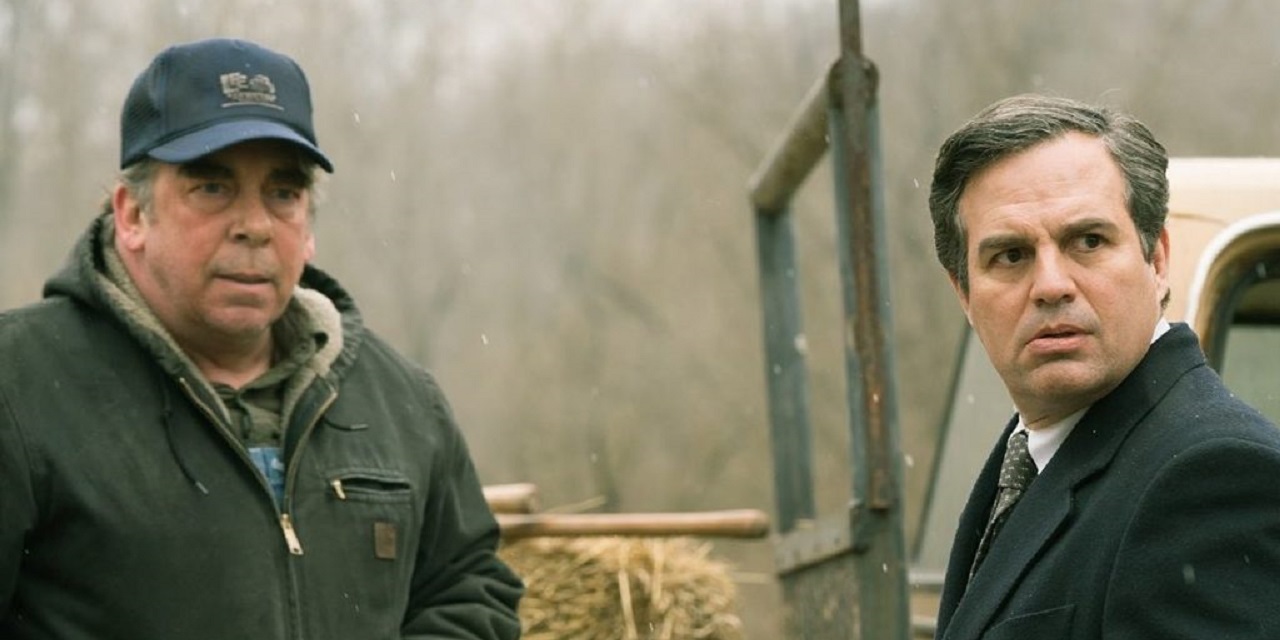 CHARLESTON – Some members of the West Virginia House of Delegates are upset by some stereotypical depictions of the Mountain State in a new film triggered by the leaking of alleged cancer-causing chemicals in Wood County.

Those stereotypes include one image of a young girl on a bicycle with “blackened, rotting teeth.”

The letter, signed by House Majority Leader Amy Summers (R-Taylor) and 14 other Delegates, was sent Nov. 19 to the U.S. House of Representatives regarding a hearing titled “Toxic, Forever Chemicals: A Call for Immediate Federal Action on PFAS.” 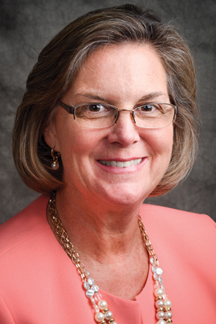 “We are glad Congress is looking into PFAS-related issues and we look forward to seeing what emerges from the federal legislative process,” the letter states. “While delving into this important topic, we ask that you be aware that the PFAS-centered film “Dark Waters” irresponsibly uses tired stereotypes about the people of West Virginia.”

“Dark Waters” opened Nov. 22. It tells the story of attorney Robert Bilott, who was a corporate defense attorney who ended up filing lawsuits against DuPont for leaking an alleged cancer-causing chemical called perfluorooctanoic acid, also known as C8, a PFAS into water near its Washington Works plant that produces Teflon in Wood County.

PFAS is a group of chemicals that were used in firefighting foam and consumer products like non-stick cookware and waterproof clothing. They are and will remain in the bloodstreams of almost every American, but the exact health effects of exposure are debated.

The W.Va. House letter says the film’s portrayal of Parkersburg does not reflect reality and “can do real damage to our economy and the hard-working people of the Mountain State.”

“The filmmakers behind ‘Dark Waters’ would know that their portrayal is inaccurate if they’d filmed on location in Parkersburg,” the letter continues. “They did not. The crass, reductive treatment of our state begins with the film’s star, Mark Ruffalo.”

That refers to a recent interview in which Ruffalo was quoted as saying, “I’ve been in all these communities, whether it was in Dimock, Pennsylvania, where they were doing hydrofracking, marching from Charlottesville to Richmond, Virginia to fight against white supremacy, to Standing Rock (North Dakota).

“In all these places, there are people who are fighting for their lives. They are simple people. A lot of them aren’t educated. … They haven’t gone to college, but they have an understanding of right and wrong. Every time I am with them, I am humbled. I learn from them and I am moved by them.”

“We do not need Hollywood casting West Virginia as filled with simpletons or dullards,” the letter states. “We are hard-working men and women who are fully aware of the challenges our state faces. We love our West Virginia home and we do not appreciate this sort of portrayal.

“We are especially offended that ‘Dark Waters’ portrays West Virginians as literally toothless hillbillies. The film contains a disturbing shot of a young girl on a bicycle with blackened, rotting teeth. There is no evidence that PFAS exposure leads to oral health deterioration. So either the filmmakers are fabricating science or they are relying on vulgar stereotypes to sell movie tickets. Neither is acceptable to us.”

Summers’ letter concludes by saying West Virginia is a beautiful state with natural wonders that attracts thousands of tourists from across the world.

“An irresponsible film like ‘Dark Waters’ puts tourism jobs at risk based on a lie,” the letter states. “So, while we encourage Congress to get to the bottom of PFAS-related matters, we ask that those who profit off fear-mongering and stereotyping be held accountable.”

“Unfortunately, a Hollywood film claiming to be ‘inspired’ by real events seems poised to grossly misrepresent things that happened years ago, including our history, our values and key science. The film’s previews depict wholly imagined events. Claims that our company tried to hide conclusive scientific findings are inaccurate.

“We have always – and will continue to – work with those in the scientific, not-for-profit and policy communities who demonstrate a serious and sincere desire to improve our health, our communities and our planet.”

A local plaintiff’s attorney who worked with Bilott on the DuPont litigation for years said “Dark Waters” focuses on the story of a lifelong West Virginia farmer whose cattle allegedly were poisoned from a nearby industrial dump.

“It accurately portrays the farmer’s love for his animals, his very astute perception of what had been done, and his resolve to get to the bottom of the problem, not just for himself but for all of humanity,” Harry Deitzler told The Record. “The farmer searches for, and reaches out to, an attorney who will share his anger and help him take on the industry to stop the poisoning of our world. The farmer finds that lawyer through family connections but faces a challenge to enlighten and inspire that attorney. The attorney ultimately understands and commits, risking his career and nearly losing his marriage while working to achieve justice for the farmer.

“Earl Tennant of Belleville was the farmer, and Rob Bilott of Cincinnati was the attorney. Although Rob is the central figure and my name is also mentioned in the movie, in real life the path to discovering and exposing the truth spanned two decades. The movie cannot even begin show the myriad of details encompassed, nor can it feasibly name all of the key people essentially involved during that extended timeframe.

“Multiple law firms and attorneys were on the legal team, and countless professionals from different backgrounds participated in the medical fact finding and research. In the end, every person contributed an element which was essential to the final product. Without any one of those dedicated and creative individuals’ involvements and their contributions, the final result may never have occurred.”

DuPont and Chemours settled more than 3,500 C8 lawsuits in 2017 for more than $670 million. Both companies denied wrongdoing.

“The behaviors that you might see in (the movie) are certainly not the behaviors that I witnessed at any point in my career,” DuPont CEO Marc Doyle said on during a recent investor call, referring to movie posters proclaiming “the truth has a man on the inside.”

DuPont Executive Chairman Ed Breen stopped short of telling investors the company might pursue legal against against the move producers.

“I'm not going to comment on the legal piece but, obviously, we have a lot of legal folks (who) have been looking at this,” Breen said on the investor call.

“It cherry-picks facts, ignores key science and fabricates events to mislead and scare the public,” the site, sponsored by the Ohio Manufacturers’ Association, claims. “Even the producers recognize they’ve split from the truth. Unlike so many other movies, this film doesn’t claim to be “based on a true story.” By playing fast and loose with the facts, it aims to spread fear and outrage that activists and trial lawyers can use to short-circuit the traditional public policy process and expand class action lawsuits.”

The site says the movie is being made because of money.

“A well-financed network of political activists, investors, Hollywood producers, and trial attorneys are working together to cash in on this story,” it says. “In recent years, law firms have been pursuing ever more litigation against manufacturers, hoping to find their next ‘Big Tobacco’ payday. These attorneys are incredibly cozy and entwined with the groups helping finance this film, as well as activist groups and media outlets calling for action.

“This network hopes to use the spotlight generated by this Hollywood production to take their fight against Ohio River Valley manufacturers to new levels and score big profits.

“‘Dark Waters’ and its supporting network desperately try to paint manufacturers as big, bad, evil corporations, willing to do anything to make a buck.”

The Ohio Manufacturers’ Association has said it wants to push back against the film and those behind it.

“Our communities and our industries are increasingly under attack from a well-coordinated network of Hollywood stars, big-funders, activists and trial attorneys,” OMA President Eric Burkland said. “‘Agenda-tainment’ films, like Dark Waters, are all about scoring political points. They ignore science and truth – and fabricate increasingly absurd events. By scaring the public, these films seek to hijack the public policy process so trial lawyers can profit.

““The Ohio Manufacturers’ Association will not let Hollywood activists rewrite our story. Ohio River Valley manufacturers employ hundreds of thousands of hard-working men and women who are committed to the environment in which they live. In the weeks ahead, we intend to expose Dark Waters’ troubling agenda and communicate the truth about the communities and job creators that are targeted.”

Want to get notified whenever we write about West Virginia House of Delegates ?

Sign-up Next time we write about West Virginia House of Delegates, we'll email you a link to the story. You may edit your settings or unsubscribe at any time.