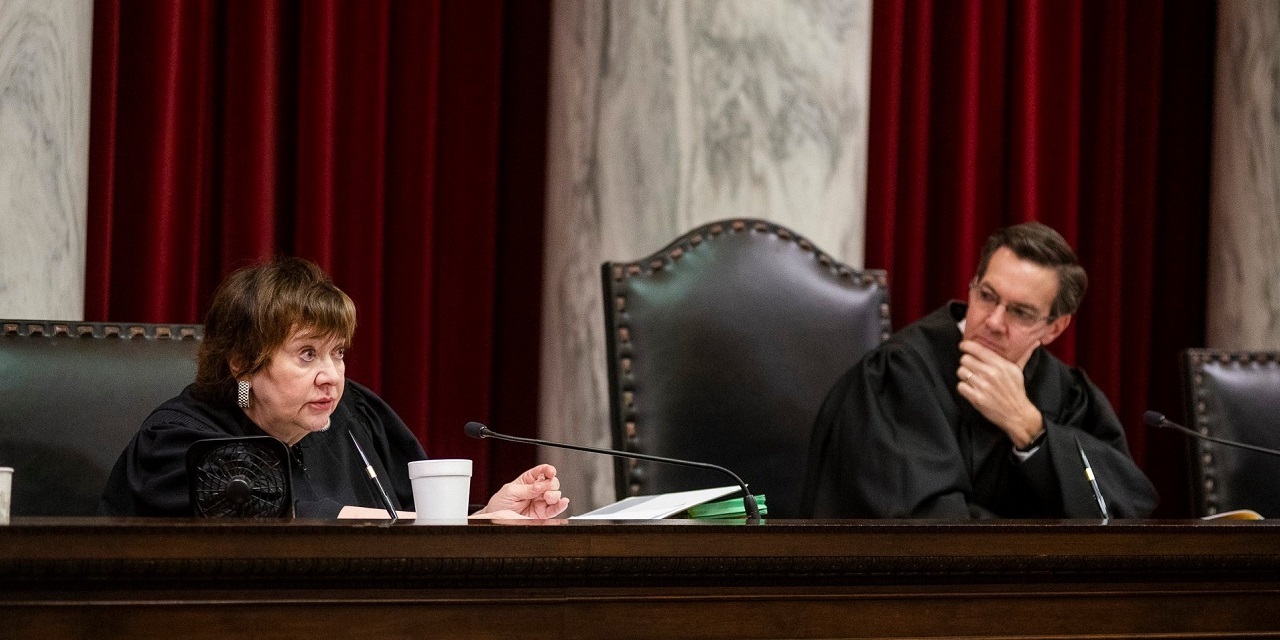 CHARLESTON – After state Supreme Court oral arguments regarding the state’s right-to-work law, leaders from both sides say they feel confident about their position.

The West Virginia AFL-CIO and other unions have fought the law since it before it was enacted in 2016 by the Republican-led Legislature. Then-Gov. Earl Ray Tomblin, a Democrat, vetoed the measure, but the Legislature overrode that veto. That kicked off a court challenge.

The Workplace Freedom Act essentially says a worker may not be required to become a member of a labor organization or pay any dues or fees assessments. The unions say the law amounts to illegal taking because non-union employees would gain the benefits of contract negotiation and other benefits without having to pay. The unions also say federal law already says workers don’t have to join.

Morrisey says the law does not constitute an unlawful taking. Instead, he said unions voluntarily decide whether to represent nonmembers. That choice comes with both costs and benefits that unions must weigh when deciding how they want to organize.

“West Virginians deserve clarity once and for all,” Morrisey said. “Our arguments underscore that nothing in the state’s Workplace Freedom Act violates the Constitution, state or federal law.

“We remain hopeful the state Supreme Court of Appeals will agree and enter a ruling that keeps with its own precedent and the unanimous agreement of every federal and state appellate court in the nation that has rejected similar claims.”

The U.S. Supreme Court and other courts repeatedly have rejected legal arguments similar to those arguing against West Virginia’s law.

“It’s the impact on the unions’ ability to attract and retain union members,” Bob Bastress, who was representing the unions, told the justices.

The president of the state AFL-CIO also feels good about their case.

“We still firmly believe that our opinion is the right opinion and the legal opinion,” Josh Sword told The West Virginia Record. “We appreciate Judge Bailey giving us a good starting point, and we hope the justices review this case based on merits of the argument and not for political purposes.

“We feel like we have a good chance to receive a favorable opinion when it’s all said and done.”

Last February, Bailey issued her final ruling essentially striking down the law. In March, the Supreme Court issued a stay on Bailey’s order so they could hear the case.

Sword said part of the state’s arguments before the justices struck him as funny.

“I found it quite amusing that the Attorney General’s office argued that there were economic benefits to passing right to work,” he said. “She (Solicitor General Lindsay See, who argued on behalf of the AG’s office) mentioned an increase in job growth and an increase in population.

“I snickered to myself. We’ve seen a decline in both areas. We know that’s a fact. So, there is only one reason (for their stance), and that is to damage and weaken unions.”

Justices Beth Walker and Margaret Workman – both of whom heard the right-to-work case in 2017 – will rule again, this time being joined by new Justices Evan Jenkins and John Hutchison. Chief Justice Tim Armstead recused himself from the case because he was the speaker of the House of Delegates when the bill was passed. Cabell Circuit Judge Gregory Howard sat in for him, and Jenkins served as Chief Justice.