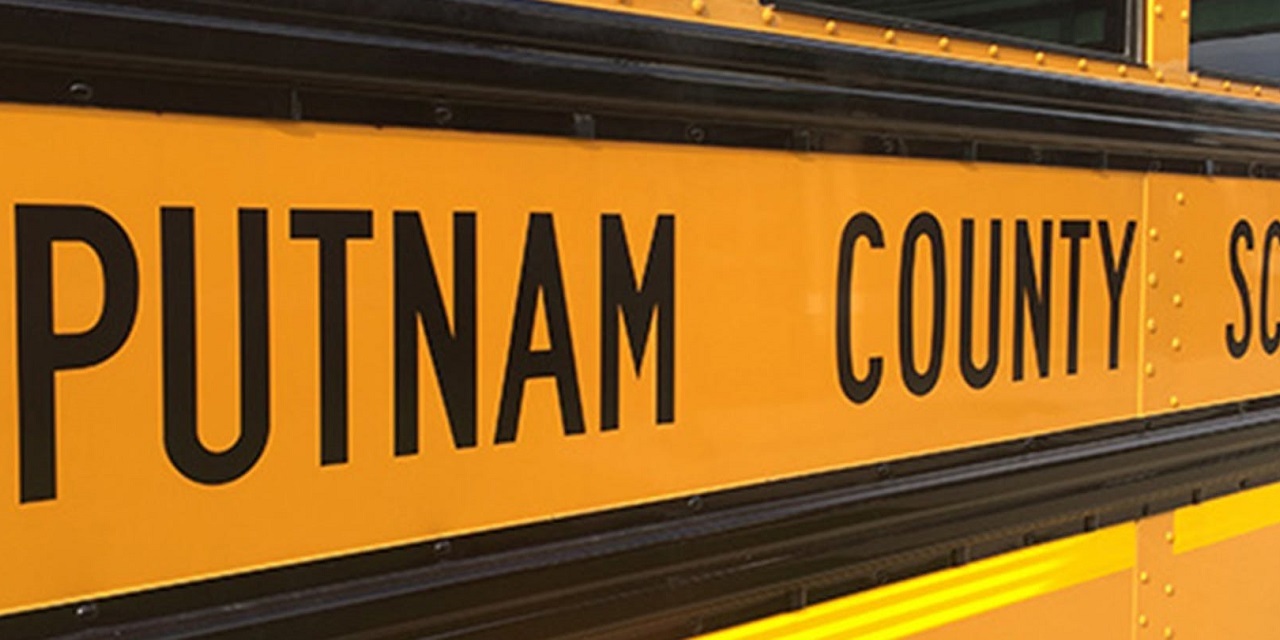 WINFIELD – A Putnam Circuit Court judge stopped short of issuing a ruling in a civil lawsuit regarding the county’s school system being the only one to stay open during last year’s two-day work stoppage.

But during a Jan. 24 hearing, Putnam Circuit Judge Phillip Stowers seemed to indicate he is leaning toward dismissing the complaint.

William B. Hart filed his lawsuit April 9 against the Putnam County Board of Education claiming the school board violated the Open Governmental Proceedings Act and didn’t conduct a public meeting regarding their decision to keep the schools open for those two days. Hartman is a parent with a student in the Putnam County school system. 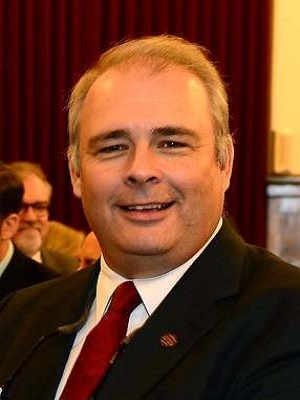 In a motion to dismissed filed in November, the school board’s attorneys argued that the question of the board violating the open meeting law is moot because the decision to close schools or keep them open in such an instance rests with the superintendent and not the board.

“As such, any convening of the county board members in this case to discuss whether to open or close schools was not a meeting to deliberate toward a ‘decision on (a) matter which results in an official action’ as defined by the act,” the board’s motion states.

During the Jan. 24 hearing, board attorney Kenneth Webb told Stowers that.

“Our position is that this type of decision doesn’t require permission of the board,” said Webb, an attorney with Bowles Rice. “It requires no action by the board. The Legislature … has said the superintendent is charged with such duties. It’s the superintendent’s decision to temporarily close school or keep it open.

“It is a decision of the superintendent. The fact that he talks to board members about it doesn’t make it an action of the board. It is left to his discretion, no matter how he is informed about the decision.”

Stowers seemed to indicate he believes that as well.

“The superintendent has the right to close schools or keep them open,” he said. “I think that’s pretty clear. My problem is it (state code) doesn’t say he has sole or exclusive decision-making power.

“He has the right to close or keep school open. But did he do it that way? What if the board had voted to close schools?”

Tom Peyton, Hartman’s attorney, agreed that the superintendent could make the decision. But he said this situation is unique.

“It isn’t a snow day,” Peyton argued. “It isn’t a power outage. To say no work stoppage was anticipated isn’t the fact here. The board has a lot of discretion. They can have emergency meetings. They can create emergency policies.”

Another issue Stowers must rule on is to allow discovery to continue in the case.

The case originally was assigned to Circuit Judge Joseph Reeder, who asked to be recused because a member of the board helped run his election campaign. The state Supreme Court then transferred the case to Stowers. Some discovery already has taken place, but it hasn’t been admitted into the court record yet.

Stowers said he wants to see that discovery before he makes a final determination about whether to allow more discovery or to dismiss the case entirely. He indicated he likely will freeze any further discovery until he can review what already has taken place.

According to Hartman’s original complaint, the board’s regularly scheduled Feb. 18, 2020, meeting took place just hours after state labor organizations had decided to conduct a work stoppage Feb. 19 to demonstrate at the state Capitol in opposition to Senate Bill 451, which was known as the Omnibus Education Bill. Most public school teachers and service personnel opposed the bill, which eventually died.

Each of West Virginia’s 55 county school boards except for Putnam decided to close school Feb. 19 because of the work stoppage, and the same happened for Feb. 20 as well. Few Putnam County students or teachers showed up for school those two days.

“The decision to keep the Putnam County public school district ‘open’ was a largely political decision to demonstrate the defendant’s opposition to the labor organizations,” the complaint states, referencing attached text messages and phone call records between Hudson and state Senator Eric Tarr, who many critics thought was a driving force behind the decision to stay open, saying he was a proponent of charter schools, which was a key – and derisive – element of the bill

“The defendant conducted a meeting or meetings in order to make a decision or deliberate toward a decision on the matter of keeping schools ‘open’ on both February 19 and February 20, 2019,”the complaint continues. “Because the matter was of great public concern and there was not a public meeting held to address the issue, media organizations and concerned citizens attempted to pose questions or otherwise investigate why the defendant made the decision to keep schools ‘open’ during the work stoppage when the defendant knew it would have inadequate personnel to operate a proper instructional school day.”

On Feb. 22, Hudson talked to WVMetroNews “Talkline” host Hoppy Kercheval on the radio program. The complaint provides a partial transcript of that interview.

“Let me say that we believed and I believed, um, and in consultation with our board and the majority of our board that we have an obligation to uphold the rule of law which is actually that work stoppages are not permitted under West Virginia law, and we think we have that obligation to our students,” Hudson told Kercheval. “It is a decision that was not entered into lightly but one that we felt was for the best decision for Putnam County Schools and the students we serve.”

On March 18, board member Wade Neal talked to a reporter for WCHS-TV about the decision. Again, the complaint provides a partial transcript.

Neal was asked if the decision for Putnam schools to stay open was a board decision.

“We didn’t get to vote on it that, that was the superintendent call,” Neal told the reporter. “We had a conversation amongst ourselves and the biggest point that was made out was the strike is illegal.”

The complaint also includes an attached text message conversation from Feb. 14 among board members Neal, Bruce Knell and Robert Cunningham as well as Assistant Superintendent Brad Hodges about the possibility of a work stoppage. Three of five board members constitutes a quorum.

“We are together with Rob, boys they will (do) anything lying to cover there lack of support,” one message from Knell says.

Also attached was a text conversation between Hudson and Tarr about news coverage of the work stoppage and Putnam decision to stay open. Tarr had tried to call Hudson to discuss the matter, but accidentally called another John Hudson, who happens to be married to a school employee.

“I did call him by mistake but did not say Putnam County is making history. I said, ‘Putnam County is on the right side of history and I’m behind you 100%,’” Tarr texted the superintendent.

“Thank you for the update," Hudson replied. "Apparently it is being shared by our employees here in PCS."

In another text message conversation late on Feb. 18, board members Neal, Cunningham, Knell and Calvin Damron as well as Hudson and Hodges discussed the decision and possible scenarios.

"I just received a call that suggests that the strike may be a one day event tomorrow if the bill gets defeated," Damron wrote. "Also that several counties have cancelled school for tomorrow and there (sic) are plans for others from closed counties to come and picket at non-closed schools."

"I was told that other county's (sic) will be coming to PC to help picket," Neal said.

"I will call (Putnam County Prosecutor) Mark Sorsaia and let him know," Hudson replied. "He will assist."

"I honestly believe that it would be best to close tomorrow only and see what happens in Charleston," Damron wrote. "I believe it's puts a lot of good people in very tough situations ... but I do stand behind whatever you decide Mr Hudson."

Later in that same message, Damron said he is "really concerned about tomorrow," which was the first day of the work stoppage. Then, they talk about the board meeting from earlier in the evening.

"Some of those folks didn't want to hear what anyone else had to say," Neal wrote. "Unfortunate."

"There (sic) minds were made up before they got in the meeting," Knell wrote. "A bunch of grandstanding the girl who attack me I promise you would never do that if we were one one. They are brave in that environment."

Peyton said the point of the lawsuit simply is that the school board should have made this decision in an open meeting.

"Does that mean they should have an open meeting to decide if we're having a snow day?" Peyton said. "Well, that's usually the superintendent's call on something like that. But this is a different animal. There is evidence the board, or a majority of the board according to Hudson, wanted to keep the schools open.

"What we're asking the court to do is to have the board hold a public meeting on an issue that appears they decided in a private setting. If they are required to do that, or if they voluntarily do that – even if the result is the same and they say, 'We stand by the decision' or they make the same decision – then at least they've served the purpose of the open meetings act.

"The whole point is that a school board shouldn't be taking these kinds of actions unless they're done in a public meeting."

Hartman is asking the court to find the school board violated the Open Governmental Proceedings Act. He also seeks injunctive relief or order requiring the board to conduct an open meeting about the decision to keep schools open during the work stoppage. He also seeks attorney fees, court costs and other relief.