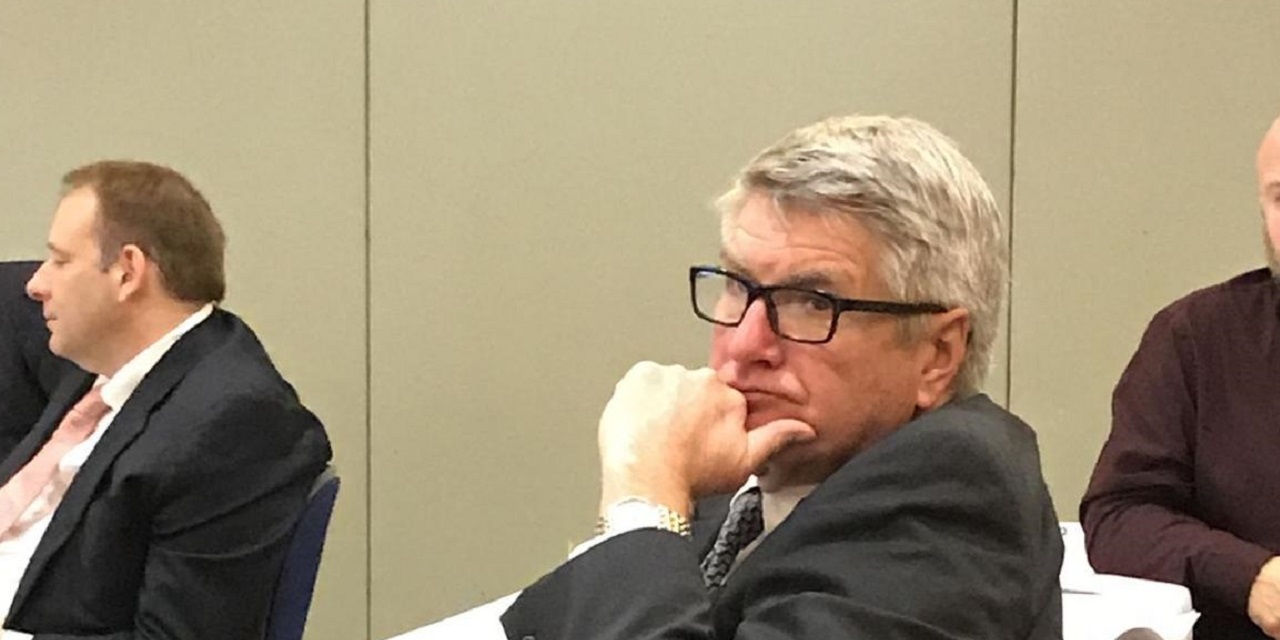 CHARLESTON – The former director of the West Virginia Lottery Commission sold his Glade Springs Resort home to The Greenbrier’s director of casino operations while he still worked for the lottery, according to public documents.

A deed entry from Raleigh County shows Renee and Alan Larrick sold their Holly Court home in Daniels to Steven Gale Johnston on Jan. 18, 2018, for $360,000. Alan Larrick was named director of the state lottery in January 2017 by Gov. Jim Justice, a longtime friend. Justice also appointed Renee Larrick to the state Public Service Commission in July 2017.

Alan Larrick resigned as lottery director on Sept. 1, 2018. Last month, he was admonished by the state Lawyer Disciplinary Board for continuing to practice law while serving the state. Before he took the lottery job, Larrick practiced law for 38 years in Beckley.

In the state lottery rules regarding table games at The Greenbrier, certain transactions are prohibited by lottery and casino licensees and applicants.

“A licensee or applicant, or an affiliate, key person, or representative of a licensee or applicant, shall not knowingly give, convey, transfer, or enter into a contract to convey or transfer, a direct or indirect interest in the applicant or licensee to any of the following entities during his or her board membership or employment and for a period of four years after the date that his or her board membership or employment terminates,” the rules, which are posted online, state.

The rules go on to list those prohibited from taking part in such transactions. That list includes the state lottery director, state lottery employees and immediate family members as well as licensees or applicants for a license and key persons or representatives and says they “shall not knowingly employ, or enter into a contract for goods or services with, any of the following entities during his or her casino-related employment and for a period of four years after the date that his or her board membership or casino-related employment terminates.”

“No full-time official or full-time public employee may seek employment with, be employed by, or seek to purchase, sell or lease real or personal property to or from any person who (A) Had a matter on which he or she took, or a subordinate is known to have taken, regulatory action within the preceding 12 months; or (B) Has a matter before the agency on which he or she is working or a subordinate is known by him or her to be working,” the Ethics Act states.

In an online search of Johnston, his prior listed residences all match with locations associated with the gaming industry. In one news story, Johnston is named a table games supervisor at Greektown Casino in Detroit in 2003. He also is named director of table games at Desert Diamond Casinos and Entertainment in Sahuarita, Arizona.

In the matter before the Lawyer Disciplinary Board, Wood County Republican Executive Committee Chairman Rob Cornelius filed a complaint in 2018 claiming Larrick continued to operate his private law office while serving as lottery director. Statute says the lottery commissioner must serve on a full-time basis and is not permitted to engage in any other occupation.

After asking for extensions to file his response, Larrick resigned as lottery director effective Sept. 1, 2018. When he did file his response Sept. 14, Larrick noted his resignation and said the statutory prohibition no longer was applicable.

In an undated letter to Justice, Larrick said he would “engage the services of an attorney to manage the operation of my law practice.” In an April 9, 2017, letter, Justice’s then-Chief of Staff Nick Casey wrote that if “Larrick shall fail to comply with the requirements of this letter, he will be terminated as Director of the WV Lottery by the Governor’s Chief of Staff.”

Larrick said he hired attorney Justin Lester to work in his office.

“However, there is no factual dispute that respondent knowingly continued to engage in the private practice law,” Amy C. Crossan, chairwoman of the LDB’s Investigative Panel, wrote in the admonishment dated Dec. 3. “He acknowledged and admitted he regularly attended real estate closings and supervised the work of Mr. Lester at his law practice.”

The LDB said the matter was closed because there is no evidence to suggest Larrick used state resources in his private practice nor is there evidence showing any of his clients were prejudiced or limited by Larrick’s role as lottery director.

Larrick suggested Cornelius’ complaint was politically motivated. Cornelius has been a frequent critic of Justice, who switched parties from Democrat to Republican after he was elected. Last summer, state GOP Chairwoman Melody Potter sent a memo removing Cornelius as chairman of the Wood County GOP, saying he “has engaged in multiple acts of constant disunity.” She also named six new members to the Wood County GOP Executive Committee.

But, the LDB says Cornelius’ motives are irrelevant to the Larrick matter.

“Respondent (Larrick) knowingly continued to engage in the private practice of law while serving and receiving a state-funded salary as the Director of the West Virginia Lottery Commission in violation of West Virginia Code,” Crossan wrote. “A lawyer ordinarily must decline or withdraw from representation if representation would be a violation of the Rules of Professional Conduct or other law, such as the statutory prohibition as expressed in the code. …

“While respondent did resign from the position of Director of the West Virginia Lottery, it is no moment as he did so only after a formal complaint was filed with the Office of Disciplinary Counsel. However, respondent has been a member in good standing with the West Virginia State Bar for 40 years and has never received any sanction and that is heavily mitigating in his favor.”