CHARLESTON – The bill that would create an intermediate appellate court is headed to the Senate Finance Committee, but the Judiciary Committee changed some aspects of the proposal.

The Judiciary Committee passed the bill Jan. 27 on a voice vote after discussing the bill during hearings that began Jan. 24. As the bill heads to the Finance Committee, the cost to create the court is listed at $6.3 million. The bill would create two districts of three judges each who would serve 10-year terms.

The panel approved an amendment, proposed by Sen. John Pitsenbrger (R-Nicholas), to the bill that would have the six judges on the newly created court chosen by a vote. The original bill had the governor appointing the members. 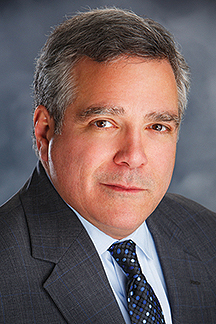 Another amendment, proposed by Sen. Charles Clements (R-Wetzel), would have the governor fill vacancies on the court from a list of candidates supplied by the state Judicial Vacancy Advisory Committee.

One amendment, proposed by Sen. Mike Romano (D-Harrison) would have forced the Legislature to look at the intermediate court 10 years after creation to see if it has been worthwhile. That amendment didn’t pass, but Romano gave an impassioned speech about why he opposes the bill.

“I will assure that there will be no jobs created by this bill or by this court,” Romano said. “The result will be we will help out those who oppose a fair justice system in which to interject delay. Because that’s what this bill is about.

“Our Supreme Court does a wonderful job. There is not a single appeal that’s filed down there that does not get their attention and get their opinion. What we’re doing is adding another year to all litigation.”

Romano said he would kill the bill now if he could.

“If I thought this bill was going to add one modicum to the economic attractiveness of this state, I’d be standing up on top of my chair screaming for it,” he said. “That’s not going to be the case. It’s going to cost us several million dollars – money that we could use for a whole bevy of other things that would benefit this state, benefit its people. But we’re going to create this new layer of government that, once it’s created, will never go away.”

Romano also criticized Republicans for supporting the idea, saying it is among the worst measures

Before the vote to pass the bill out of committee, the senators heard from and questioned Danielle Waltz, a lobbyist for the U.S. Chamber of Commerce Institute for Legal Reform. (The ILR owns The West Virginia Record.)

Waltz said the creation of an intermediate court would modernize West Virginia’s court systems, offer litigants a full and fair opportunity to be heard and improve West Virginia’s business climate.

Waltz mentioned a Harris Poll conducted on behalf of the ILR among in-house corporate attorneys regarding their legal experiences in each state. In the most recent version of that poll, 87 percent of the 1,300 attorneys who responded said a state’s legal climate is an important factor in whether a company does business in a state.

Waltz said when it came to things that often crop up in civil lawsuits in particular, like whether certain evidence can be admitted, there were a lot of questions of law left unanswered that could be more efficiently handled with an intermediate court.

“I think that some litigants in certain circumstances would like a little more direction in how a case is going to proceed,” Waltz said.

In the latest Harris Poll, West Virginia is ranked 45th out of 50 in terms of having a legal climate favorable for businesses.

“One of the main reasons it’s low on that poll is the lack of meaningful appellate review or predictable court system,” Waltz said. “We talk about it (an intermediate appellate court) like no one has ever done it before. West Virginia is completely out of step with the rest of the country. Forty-one states have an intermediate appellate court. We have 500,000 more people than the next state that doesn’t have one. Businesses see it as problematic.

“Over time, West Virginia has not been perceived as having the greatest legal climate. This is one of those pieces that make West Virginia more attractive to business.”